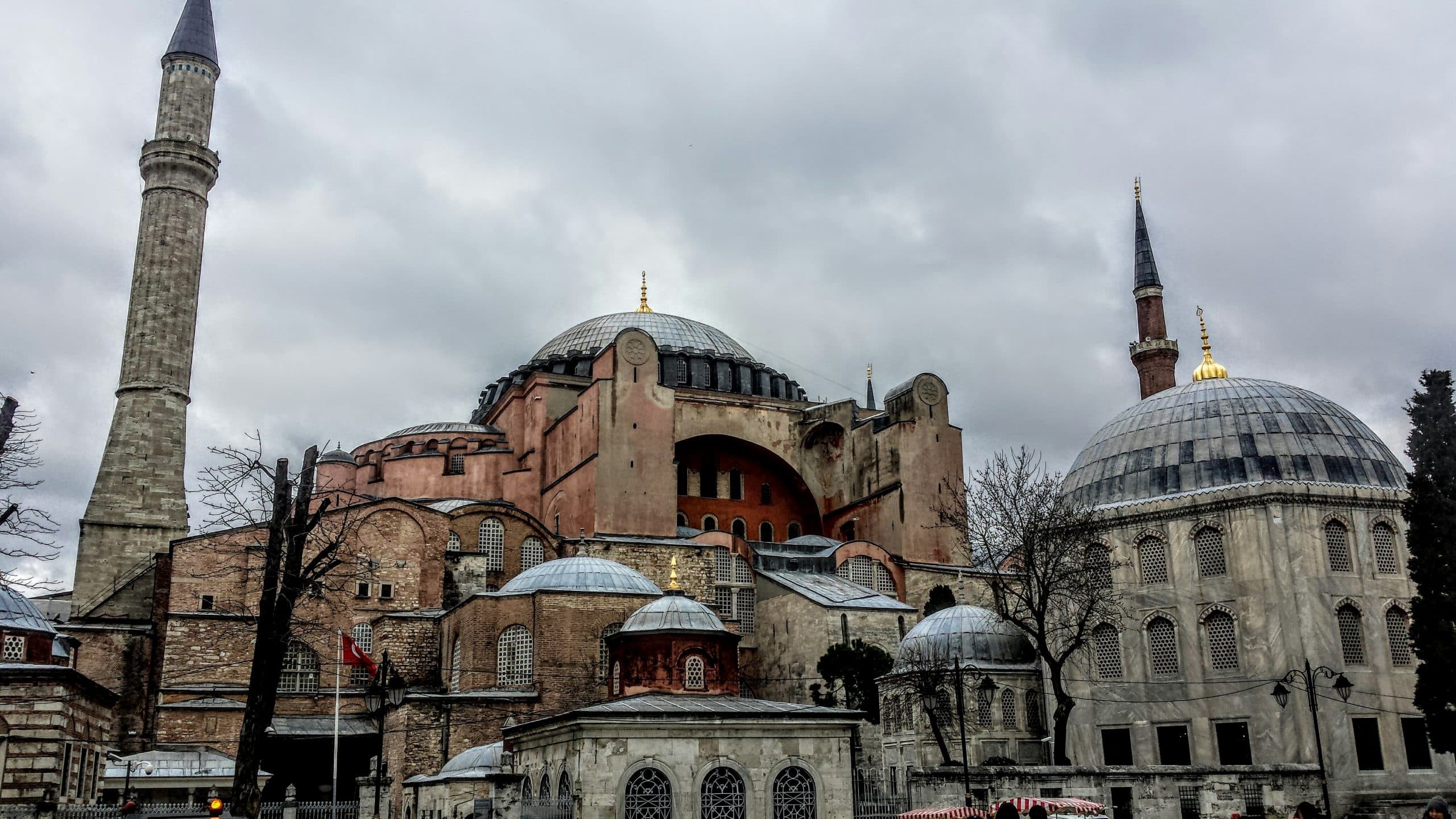 It was evening when we arrived in Old Town Istanbul. We were weary from traveling, but also hungry so we decided to go for a walk and find some dinner.

We came across Palatium Restaurant Istanbul, which was about two blocks from our hotel. We were drawn to it due to the large glass viewing windows and the sign on the door that said “hassle-free zone”. There was an extremely pleasant ambiance inside of the restaurant. It had many small tables with burlap lounging chairs (the Turkish version of a Bean Bag chair) which looked questionable but were actually some of the most comfortable chairs I’d ever sat in. The ceiling was adorned with a large variety of Turkish lights made from gourds which were wonderful to look at during the meal. The room was large, but they managed to make it cozy.

We ordered some pretty good Turkish food, I had kebobs while Kris had the Turkish Pizza. Jamie ordered the hummus appetizer and caramel ice cream for dessert. In my opinion, Greek hummus is better, but it was still pretty good and the bread they served with it was fantastic. The ice cream was the best part of the meal. In the US, if you order caramel ice cream, you will generally get vanilla ice cream with a caramel swirl. But here, the ice cream was completely infused with caramel, the way chocolate ice cream is made. The prices were quite reasonable, meals were between 20 and 30 Turkish Lira, which is about 6 to 10 US dollars. We relaxed there for a while and enjoyed the comfortable setting. It was a nice respite after a long day of traveling.

As we were leaving, Kristin noticed that parts of the floor were made with glass, and there appeared to be a chamber below. She asked the waiter what it was, and he replied nonchalantly “Oh, that’s just the ruins of Constantine’s palace. There is a staircase out back if you want to go check it out”.

Of course, we wanted to check it out! We had no idea that we had been relaxing upon the ruins of one of the most famous palaces in history! We went down the terrifying loose spiral staircase to the four excavated chambers below. As it turns out, it was a portion of the Great Palace (Palatium Magnum) which was built by Constantine in the 4th century. The restaurant, Palatium, donates money to the excavation and is instrumental in the restoration process. They were even featured on the History Channel’s “Cities of the Underworld”.

These ruins are not set up to be a tourist attraction, so they are not well lit and do not have any safety rails. I almost fell climbing up an ancient wooden step to get a better view of one of the rooms! They do have a few information placards set up so that you can see what you are looking at though, which was a great help.

It was amazing to just randomly stop in a restaurant and find a place of such historic significance. If you are visiting Istanbul, you should definitely check out this restaurant for the food, the ambiance, and the history. 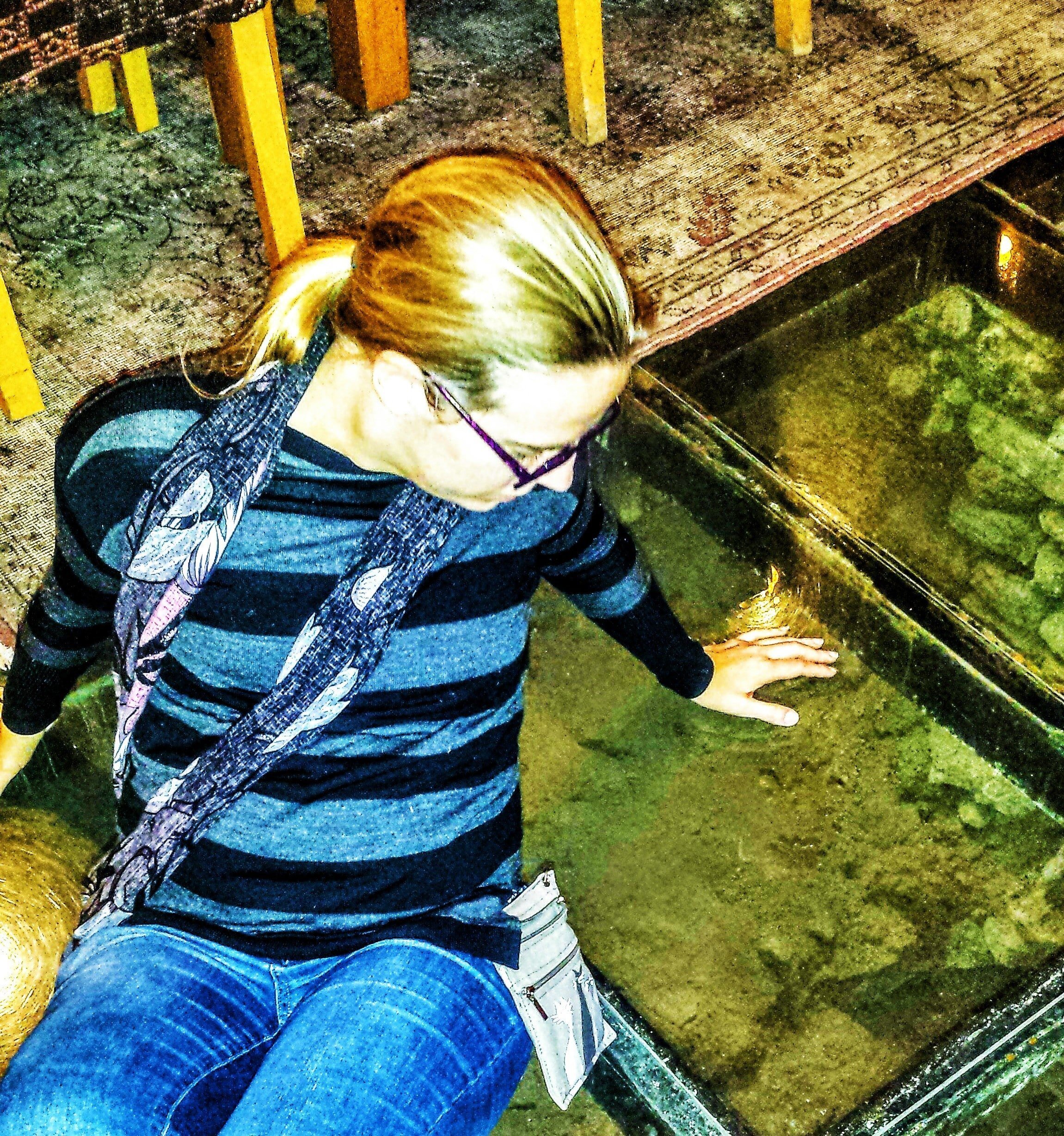