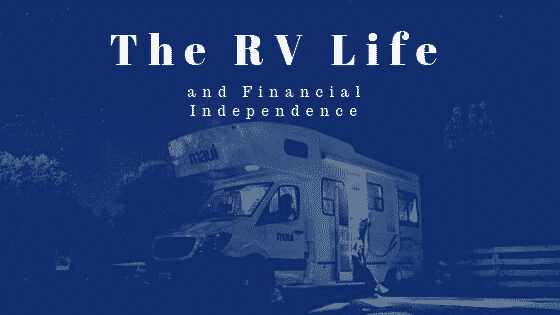 The RV Life and Financial Independence

Why does the RV lifestyle fit so perfectly with the idea of financial freedom? The answer, for me at least, is the freedom that it provides. Living life on the road lets you live free while you’re financially free. It’s the ultimate double header of freedom.

Living in an RV to Reach Financial Independence

Living in an RV is a great path towards achieving financial independence because it’s generally much cheaper than traditional housing. You can get a decent used rig for under twenty thousand dollars and a truck to pull it for a similar price. Forty thousand dollars for a home isn’t too shabby! And that includes transportation!

Unfortunately, you usually also need to pay for a place to park it. The cheapest of the cheap RV parks generally cost around twenty bucks a day, and that’s close to $600 a month. These parks usually don’t offer any amenities. Expensive resort style campgrounds can be as much as sixty dollars a day, and at that point you may as well just rent, because you aren’t going to be saving any money.

But the advantage to RVing it is that most campgrounds have cheaper weekly and monthly rates for long termers (but not state or federal parks, they generally have a two-week limit). There are plenty of parks that will let you stay for under $1000 a month, and you’d be hard pressed to find a decent home to rent for that in many areas. You also have the option of boondocking or staying in parking lots if you are in extremely dire financial straits.

Another great advantage is that the monthly fee at most parts includes utilities. So you’re paying less than a thousand dollars a month for rent, electricity, water, and sometimes even WIFI! That’s not a bad deal, considering that the average rent for a one-bedroom apartment in the United States is $1025 (that’s the overall average – it varies widely by state).

I know what you are thinking. How do the RV life and Financial independence go together when the cost of the truck and RV make the RV life MORE expensive than renting a normal apartment? That’s easy. If you are in a position where you are even able to consider pursuing financial independence, you probably have a car. And if you have a car, trading it in for a used truck to pull the RV probably won’t be much of change.

Getting the RV will cost you, but I believe you will save the difference in overall in utilities, the small decrease in rent (depending on where you live) and security deposits over time. You can get great deals on RVs online with RV Trader,  and once it’s yours, it’s yours! No more payments. 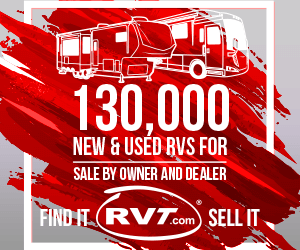 Living in an RV after Achieving Financial Independence

Technically, I won’t be living the RV life until I meet my own skewed definition of Financial Independence (Passion fire for the win!) not the traditional “I have tons of money in the bank” financial independence. But I think it’s close enough that it counts!

My main reason for combining RV life and financial independence is the freedom it offers. If you aren’t tied to a job, you can go wherever you want to go, do whatever you want to do. Traveling around the US, seeing the sites, and living life on my own terms is a huge part of that. But the lower cost of living in an RV is a huge bonus! You won’t need as much money in the bank if you can lower your overall living expenses.

Since I’m not going to achieve traditional financial independence before living the RV life, I’ll need to figure out ways to make and save money while on the road. Don’t get me wrong, I’ll definitely be at Coast Fire (I mean, that’s part of why I’m waiting in the first place!) and hopefully I’ll be at barista fire as well. But both of those fire types still require some type of income (and you never know what’s going to happen, so it’s always good to have options!)

There are quite a few options for making some extra cash while living the RV life. Work-camping is one of the most prevalent ones (trading space in a park for work – I think it sounds like a fantastic idea!), but you could also pick up side jobs wherever you are, or work online (freelancing, bookkeeping, etc).

My goal is to make a Renaissance Fair store, and make money selling wares and reading tarots. If you have some imagination, the possibilities are endless.

If you are tied to a traditional job, the RV life can still be for you. Find an RV park near your company that allows long-termers, and see if a space is cheaper than rent.  It might shave a few years off of your FI date!

The RV Life isn’t for Everyone

Some people like the comforts of home, and some people want to set down roots (and some people just don’t want to deal with black water!). All of those things are perfectly ok! The RV life and financial independence may not be the right jam for you. I prefer strawberry, but others might prefer grape, and there is nothing wrong with that.

The great thing about financial independence is that there are tons of paths to it and it gives you the opportunity to do whatever you want. For me, that’s living in an RV and traveling for a while, but your ideal life of freedom might look vastly different. And your path to freedom might look vastly different as well. That’s ok! Whatever our different paths, we are all partners in this journey to financial independence, so lets achieve our goals together.