My biggest expense in November was a birthday present to myself. I’m taking a weekend get-away to New York City for my birthday! My birthday isn’t until December, but I paid for the hotel and the pet sitter (the two biggest expenses) in November. I’m budgeting my food and events money into my December allowance, so spoiler alert, that will probably be my main expense in December. 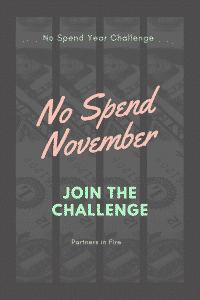 I’ve only been to New York City once, and that was over 10 years ago, before I was as well traveled as I am now. I went for a job interview (I got the job – it was in LA!) but I was only there for a day, most of which was dedicated to the interview, so I didn’t really have time to do anything. It’s very exciting that I live close enough to make it into an easy weekend trip!

We had a few setbacks in September and October with the shopping. But I’m pleased to announce that wasn’t a problem in November! We didn’t do any unnecessary shopping during our no spend November.

The only place we went was Lowes, to buy a few extra much needed home improvement items for the house and a space heater. These items really helped reduce our first month’s heating costs, so spending a tiny bit there to save on heating this season was definitely a win. My first heating bill was only $150 (a far cry from the $500 every three weeks it had been previously) and the electric bill didn’t increase at all with the space heater. Definitely a frugal win. 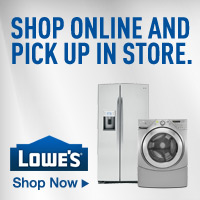 The biggest shopping expenditure was actually food for Thanksgiving. I usually don’t count grocery store food against my no spend months (we have to eat, right?) but I was shocked at how much the vegetables I don’t normally buy cost. Did you know that cauliflower is almost four dollars a head? That’s ridiculous! Maybe this is why I stick to green peppers, tomatoes, and cucumbers. They are all about a dollar a piece.

I bought a little extra food for Thanksgiving because I invited a friend over to enjoy the holiday with us. This wasn’t really planned, so I guess it goes against the No Spend November theme, but I’ll always chose friendships over money. Building relationships is one of the most important things we can do, and if it costs me a few extra bucks, so be it.

Going out to Eat at Work

The only thing I failed at during my no spend November was taking bag lunches to work. Don’t get me wrong, I did the majority of the time. However, we did have more meetings this month, and those generally resulted in me going out to eat with the colleagues. We also had a few going away parties this month, which meant chipping in money for the feast. All of these events cost me less than a hundred dollars, so it wasn’t so bad.

So What Did We Do in November?

I’m not going to lie, we had a pretty boring November. And I loved every second of it! We had our traditional Friday night paint night every Friday, which didn’t cost a thing because we already had all the materials (Michael’s is great for that, by the way). We also did a lot of gaming (I’m trying to beat Twilight Princess for the first time, I know it’s super old but I never got all the way through).

I also started working on a new project, so I dedicated tons of time to that. My boyfriend dedicated a lot of his free time to his passion: painting. The new project is a new blog that’s sole focus is to make money via affiliate marketing. I’ll be posting updates after I get it completely up and running to show the growth and income potential of a blog focused on making money and outside of the “your money or your life” niche. It’s an exciting experiment.

I consider our no spend November to be an incredible success.  We didn’t spend any money shopping unnecessarily, and we didn’t break the bank eating out. All in all, I think it was our most successful no spend month yet! Now there’s only one month to go, so we shall see how we do!