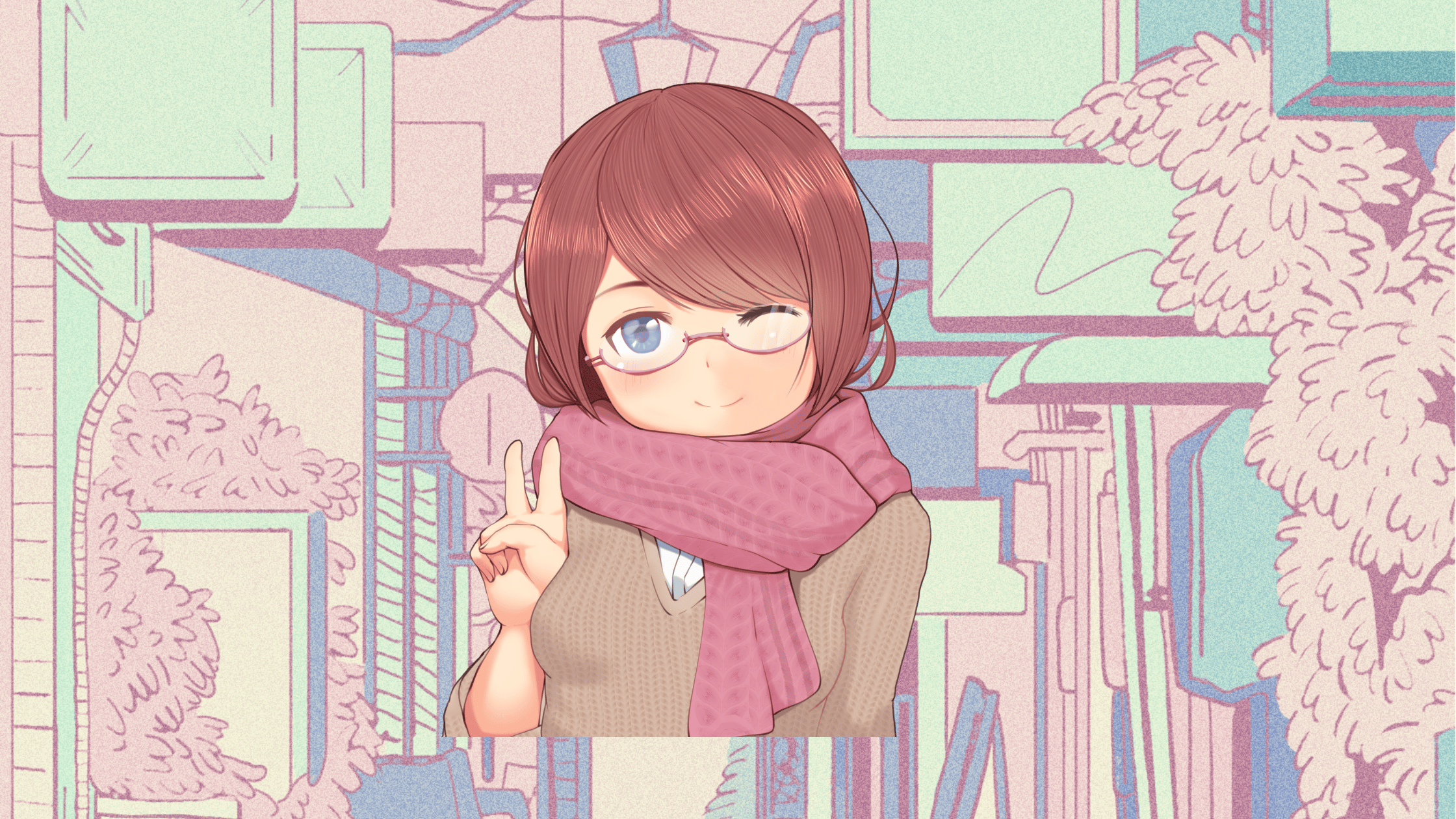 What is the best anime series of all time? Fans of the genre sure struggle to answer that one. So many sub-genres, dynamic characters, and intricate storylines span the anime universe – identifying the cream of the crop is not easy. However, some continue to stand out and hold a special place in our hearts.

This list ranges from pioneering series that influenced generations of artists to contemporary masterpieces that continue to drive the genre today. So without further adieu, here is a list of the best anime of all time.

Death Note needs no introduction. Even people who aren’t into anime know the show and its outstanding characters. Besides the characters and unique storyline, the narrative of this anime inspires people with its remarkable ideology to not blindly trust others easily.

Although a psychological thriller, Death Note also includes comedy, as well as some powerful quotes. This unique blend makes it perhaps one of the most entertaining anime series of all time.

Special thanks to Takeshi Obata, who wrote this anime, illustrated its plot and defined its characters. It is, in fact, perfect for beginners who want to start getting into anime.

Nothing compares to Fullmetal Alchemist Brotherhood. It has a complex plot, unique characters, and a well-written storyline. The series follows two extraordinary brothers on a quest to reclaim what they’ve lost while discovering new ways to survive. The Alchemy system expressed in the series is so impressive and intense. It makes this fantasy world just as convincing as the characters.

Introduce this masterpiece to someone unfamiliar with anime, and it won’t disappoint. However, I must say Episode 4 is not for the faint-hearted – don’t say I didn’t warn you.

Attack on Titan is a breath of fresh air in the shonen subgenre. Despite its clichéd narrative, it provides much more than the viewer expects. Fans of shows like Game of Thrones and the Walking Dead are turning to Attack on Titan, which is a testament to its wide-ranging appeal. It combines a superb storyline with a range of colorful and intriguing characters. Attack on Titan is here to stay as one of the best of all time.

It should go without saying that Cowboy Bebop is one of the most unique shows out there. The way the series mixes a futuristic hybrid culture that blends Western and Japanese elements is pure genius. Shinichi Watanabe delivered and gave us a classic like no other in its genre.

Cowboy Bebop follows a story about a group of bounty hunters traveling through space in their spaceship called the “Bebop,” each with their own fighting styles and personalities. Still, they all have one thing in common: a past or reason for being a bounty hunter.

Cowboy Bebop is more than just an anime. It is an excellent analysis of diverse cultural, social, and metaphysical ideas. The soundtrack is also one of the best in anime history. If you love anime and are unfamiliar with the series, Cowboy Bebop is a must-see.

This list would not be complete without “One Piece.” This heroic odyssey, produced by Eiichiro Oda, has been in action for over 24 years. It has more than 1000 chapters, and still, the plot stays fresh enough to keep viewers engaged. One Piece is a tale about adventure, privilege, love, and following your heart, regardless of which you come up against or how it shapes you.

In this anime, our protagonist Luffy is profoundly motivated and constantly proclaims he will become the pirate king. With Luffy’s childlike personality and extreme tendencies, his character has become one of the most likable in anime and television. You gotta love his charisma!

After analyzing “One Piece,” you can genuinely admire its fantastic animation, well-defined characters, and fighting scenes. Thus, it deservedly is one of the top-rated anime series of all time.

Dragon Ball Z is among the finest anime series out there because the creators understand how to build characters properly. Vegeta has flawless character development journeys as his character never stops improving. Vegeta is responsible for the creation of several anti-heroes in anime!

Moreover, Goku’s spectacular transformation was legendary, and still considered one of the most epic moments in anime history. This change inspired Naruto’s Bijuu Mode, and we can see the similarities.

I don’t think there is anyone unfamiliar with Dragon Ball Z due to its massive popularity. However, if you haven’t seen it, I think it’s about time to get into this incredible show.

Haikyuu, one of the most popular sports anime series, is based on Haruichi Furudate’s manga about volleyball. It not only gets your pulse pounding because you’re watching high-intensity volleyball matches, but it also depicts each character’s exciting own narrative journey.

Haikyuu is wonderfully written, and there are no filler episodes that will dull the audience. The show’s pacing and the traditional anime profound moments are unique, not overdone.

Numerous personality traits, affection, motivation, and the bravery to act are all characteristics that distinguish Haikyuu. Speaking of characters, Shoyo Hinata, the main character, is upbeat, determined, and eternally hopeful. In contrast, Kageyama is gifted, serious, and driven to the point of obsession. With such character writing and storytelling, this anime encourages fans to do something beyond amazing. A trait to which Haiykuu fans will forever be grateful.

Naruto is one of the best and most motivating anime series due to its great story, good animation, and fantastic characters.

Naruto does something that nearly no other well-known Shonen has done before. It offers viewers a vast array of characters to explore and devote their time to. This cast of characters is so large that there is practically a character for everyone to like, regardless of whether they appear early or later in the series.

Furthermore, Naruto’s plot is the appropriate model for instilling life lessons and more into its viewers. The series espouses virtues such as loyalty, reminding us we should never give up on our friends. Thus, an inspiring anime like Naruto will forever have a lot to offer to fans coming back or new audiences.

Anyone who’s into great anime will be familiar with Code Geass and its unique storyline. The anime provides fascinating narratives, brilliant plotlines, spectacular visuals, mecha robots, and a fast-paced narrative keeping viewers at the edge of their seats.

The plot follows the heir to the throne, Lelouch vi Britannia, as he acquires the power of Geass, thus allowing him to influence anyone’s behavior at least once. Talk about an engaging plotline!

Furthermore, this anime contains several intense combat sequences, which combine elements of science-fiction, robotics, and brutality. It also performs an excellent job of exposing traditional moral and ethical concerns with broad societal implications. This makes for compelling viewing. And let’s not forget that this anime has one of the best endings ever.

My Hero Academia has one of the most pleasing casts ever seen in anime. The fact that it is an ensemble cast adds to the appeal. This anime delivers sharp criticism of society, politics, and other serious themes superbly. On the other hand, My Hero Academia keeps its story arcs short and sweet, cramming a lot of plot twists and character arcs into a small amount of time. It has compelling storytelling to include more plot arcs without bloating.

It also has a few harsh words about the troubles that Japanese society is experiencing today and more universal themes like prejudice and isolation. Thus, showing the aspects that audiences will love, appreciate and relate to.

Demon Slayer is undoubtedly one of the best anime series of all time.

It has stunning animation, especially those dynamic action moments in which each frame feels like a work of art. Ufotable, the animation company behind the series, deserves credit for its incredible aesthetics. The story follows a courageous boy who’d stop at nothing to save his sister. Each demon slayer’s breathing technique, demon skills, and the atmosphere surrounding each scenario are beautifully illustrated by Ufotable. Fans will always be amazed and appreciative of the animators’ outstanding efforts.

With its impressive animation and excellent quality, this show is here to stay.

HUNTER X HUNTER is another that ought to be in anime’s hall of fame.

Like other shows, its popularity derives from its original story and spectacular action sequences. The narrative develops gradually and is more of a slow burn. Several emotional moments and deaths will make you question if someone is chopping onions in your room. There are a lot of evil villains in this show, but they’re all written so wonderfully that you can’t help but appreciate them.

Maybe, I saved the best for last, as the soundtrack of this anime, its animation, and even its choreography are on the next level.

In conclusion, this list of the best anime of all time will appeal to a wide range of viewers, offering something for everyone, from action-packed adventures to heartwarming stories.

Whether it’s Dragon Ball Z or Death Note, all the above series have left their mark on the world of anime thanks to their strong characters, impactful storylines, and much more. So, if you are a huge anime fan or a beginner discovering and haven’t watched some of the anime mentioned above, you should give it a go! It’ll be more than worth it.