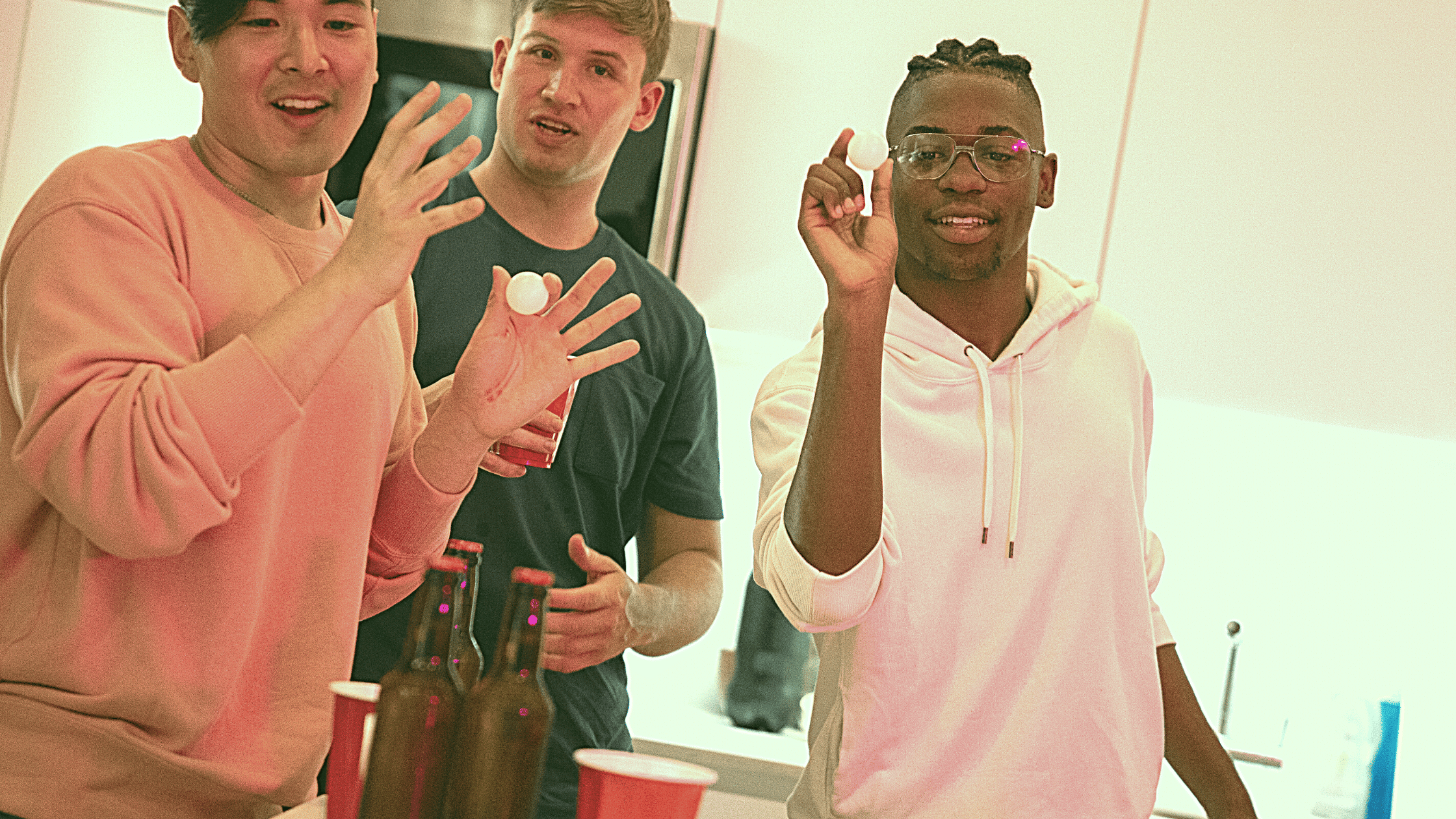 Drinking games from around the world share the common interest of bonding with family and friends while having a good time. They are also great for adding fun and excitement to a night out or any event.

Drinking games are party games for adults, and it’s more fun when you drink responsibly. If you aren’t a drinker, you can have a non-alcoholic beverage instead!

Fun Drinking Games Around the World

Don’t confuse the word “thong” with your intimate underwear because Aussies use the term “thong” for flip-flops.

The drinking game rules are straightforward:

The person that throws their thong the farthest wins! You can also penalize the person with the shortest throw by making them take a drink. You can customize the game to add more elements of fun.

This video also shows how to play Thong Toss.

Now, this is a game where the entire town can get involved!

You can tailor this drinking game how you like by playing it in a small circle or around an entire village. This version involves the whole town.

Lyrics to Bevilo Tutto in English

He drank it all, and it didn’t hurt him.

Bevilo Tutto is a tradition, and people are happy to play along. Check out this video of people having a lot of fun with their version.

Chui Niu is comparable to dice games like Liar’s Dice. You can play with as few as two players or a large group. The goal is to roll a higher number than the player before you. You can bluff about your score; if you’re convincing enough, you win the game.

This game involves a lot of drinking, so be prepared!

The last person standing wins the game. People will likely get drunk with this game, so consider a taxi or ride the bus.

Pence is one of the oldest drinking games on record and perhaps the easiest. The game’s objective is to guard your drink so that nobody can drop a pence in it.

This game involves completing a couple of actions before the coin stops spinning. Here’s how you play Irish Quarters:

To play Ping Pang Pong, you need four or more players and lots of drinks.

The Beer Olympics Games isn’t your average drinking game. Instead, you create teams with their official beer Olympics outfits. A scoring system tracks the performance of the competing teams, and a single winner will emerge at the end. To the victor goes the spoils or the beer!

Just like the worldwide Olympic Games, it will host a variety of events, some of which include the following:

The Beer Pong game is a college party classic. Each team has two players, and the play continues until one team wins.

Beer ball is a fast-paced game requiring beer cans and ping pong balls. The objective is to finish your cans of beer before your opponent.

Drinking games are recognized globally as a fun way to break the ice and have a fun adult party. There are many different game ideas you can play. Tailor the games to make your group fun. Remember to drink responsibly.

Adrian is the founder of Beer Advisory, a blog for beer enthusiasts. The site provides information about all types of beer, reviews, home-brewing, taste-testing how-tos, and more.