Is it okay to be okay when so many others are struggling? That seems like a silly question, when would it ever not be okay to be okay? But the guilt of being okay is very real – especially in the wake of a pandemic, when thousands of people are losing their lives and millions more are losing their livelihoods. It’s a trying time for even those of us who are technically okay.

The Guilt of Being Okay

I’m not trying to downplay the suffering of all those that I mentioned. It’s overtly obvious that they have it a thousand times worse than those of us who are technically fine.

But that’s where some of the guilt of being okay comes into play. We’re worried and anxious and scared and don’t know what’s going on in the world, but it seems immensely unfair for us to stress about these things when so many others are in real pain. So then, we feel guilty for having those feelings. And we also feel guilty for continuing to stress out about our seemingly mundane problems.

What Does Guilt Do to A Person?

Guilt can have a ton of negative effects on people. It affects some people physically, leading to improper hygiene, poor eating habits, and other destructive behaviors. Others are mentally affected, with guilt manifesting in feelings of shame, anxiety, and frustration.

When these feelings build up over time, they can start to affect our self-esteem. We may feel inadequate, and we may even start to punish ourselves -either by believing that we don’t deserve success or by thinking that we deserve to feel bad.

The guilt of being okay can manifest itself in any of these types of feelings. If any of this describes you and how you are feeling right now, please note that you aren’t alone. It’s actually an incredibly common psychological response called survivor’s guilt.

Clinically speaking, survivor’s guilt refers to people who have survived a traumatic event: war, a car crash, natural disasters, cancer, etc. Now I’m no psychologist, but I’d definitely wager that pandemic will be added to this list.

But let’s say you aren’t feeling guilty about the pandemic so much as about the economy. You still have your job while thousands of others are filing for unemployment, unsure of when they will see another paycheck. Technically speaking, I think survivor’s guilt is literally about surviving – but that doesn’t mean that the same concepts don’t apply. I’d imagine that the same emotions and psychological complexities take place when we are talking about livelihoods as when we are talking about basic survival (again, not psychologists of any kind – just my armchair opinion).

If you are experiencing survivor’s guilt, you may feel a variety of symptoms. They include obsessive thoughts about the event, irritability, feelings of helplessness, fear, confusion, problems sleeping, lack of motivation, and even thoughts of suicide. 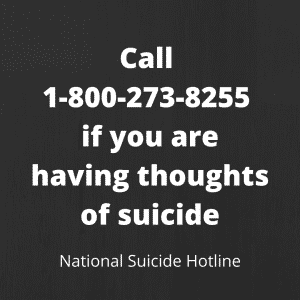 If you’re feeling any of these things, especially suicidal thoughts, please seek help. The number for the National Suicide Hotline is 1-800-273-8255, and they are available 24/7. Even if your symptoms aren’t severe enough to include thoughts of suicide, you should still consider seeking help. Although we can’t go to in person therapy at the moment, there are tons of online resources available.  You can find a wealth of resources on finding the right online therapist for you here.

A General Feeling of Unease

Maybe your symptoms aren’t severe enough to be considered survivor’s guilt. Maybe you’re just feeling a general sense of unease, and maybe you feel guilty for doing normal things while others are struggling.

This is a very real problem, and it can happen to all of us. I had my blog posting schedule for April all laid out in early March, just as the pandemic was ramping up and before so many people lost their jobs. But when it came time to post about having an empty rental home, or paying taxes on my rental property, or basically anything that had to do with being a landlord (which I had scheduled for this month), I had a sense of unease.

How privileged and out of touch am I if I’m writing about the mundane struggles of owning two homes and being able to pay for them when millions of people have lost their jobs and are unable to make payments on a single home? Why should I be in such a good position still when so many others are struggling?

It’s Okay to Be Okay

The thing is, it’s okay to be okay. It’s also okay to still have the mundane struggles that you had prior to the start of this pandemic – to have the same worries, concerns, and problems that you always had. And I get that you feel like you shouldn’t be allowed to, but give yourself permission. You are allowed to struggle, even if others have it worse. Everyone is on their own journey, and nobody else’s pain minimizes your own.

That’s not to say that we should flaunt our good fortunes though. There’s a fine line between accepting that you are okay and bragging about it. It’s okay that I’m still struggling with some of the normal challenges of being a landlord. But at the same time, I should acknowledge that there are tons of people struggling with tons of other things during this pandemic, and I should try to be sensitive towards that. Those two things aren’t mutually exclusive. I can do both. And you can too.

Ways You Can Help

Sometimes, we feel guilty because we want to do something, or feel like we should be doing more. There are some ways that you can help. Here’s a small and definitely not all-inclusive list of things you can do (and here are some more things):

Some of these things may not seem like much, but every little bit helps. Banding together and helping each other out in these trying times is a great way relieve some of that guilt.

If you can’t help, that’s okay too. Taking care of yourself first is always the most important thing. And if you are feeling extra stressed, check out my post on healthy ways to handle it.

The main thing I want to leave you with today is this: It’s okay to not be okay. It’s also okay to be okay. And it’s okay to feel guilty about being okay. Whatever feelings you are having are okay. We’ll all get through this together.

4 thoughts on “The Guilt of Being Okay”