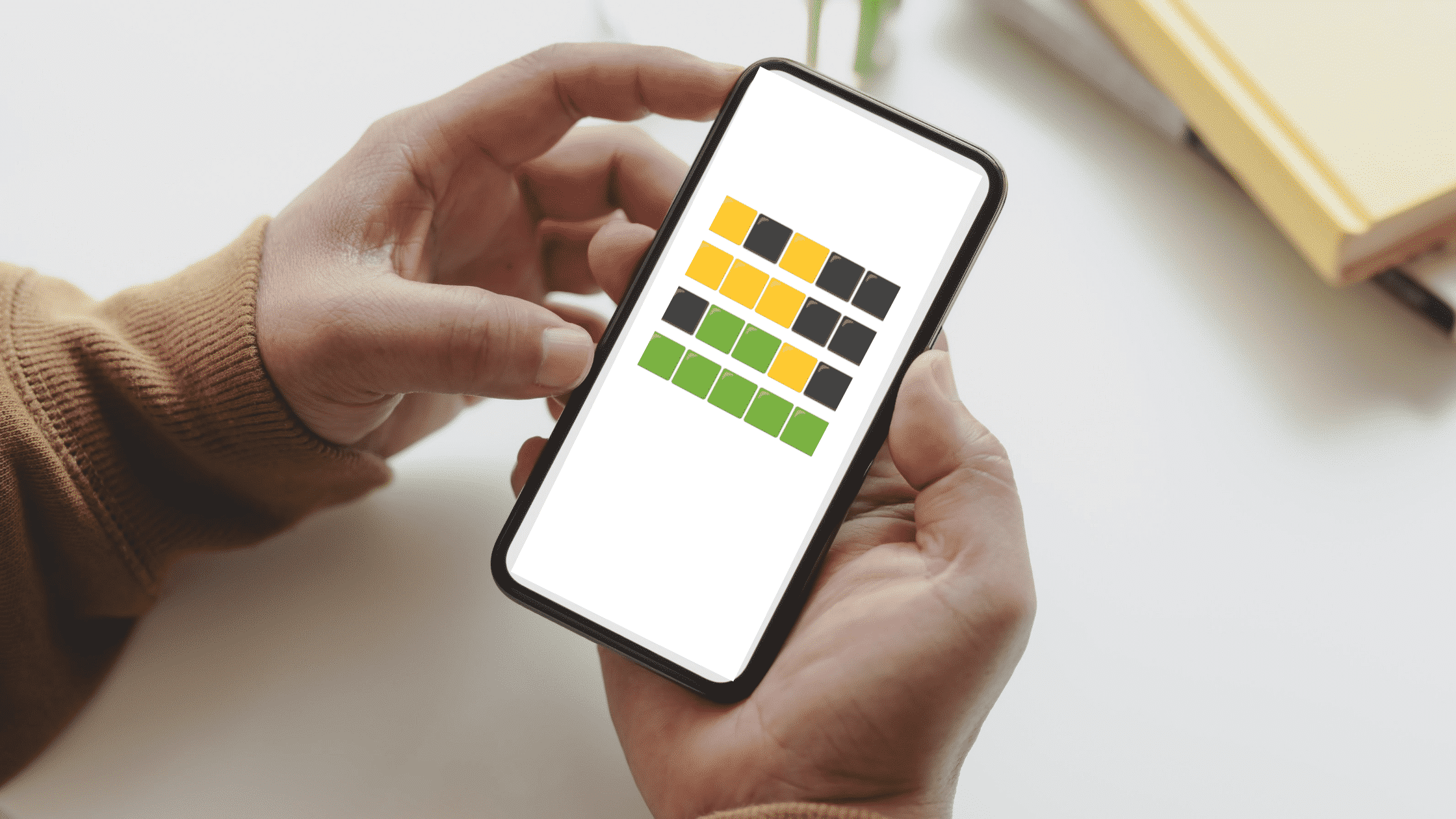 Wordle hit the scene in October of 2021 and the world will never be the same. Taking social media by storm, the game quickly gained attention and exploded from 90 players on November 1 to a whopping three hundred thousand players in January.

This fast growth garnered the attention of the New York Times, which purchased Wordle at the end of January to add to its games collection.

Wordle is a simple word game reminiscent of the old board game Mastermind. Players have to guess a 5-letter word in 6 tries and are given clues to the word based on their previous guesses. Wordle will tell players they have the correct letter in the right spot or the wrong spot. Using these clues, players narrow down their guesses until they have the correct word.

Not To Be Confused with The App

There’s already a game on the Google Play Store called Wordle, and it is not the same thing. The new, hot Wordle is not available on an app store. The original Wordle on the app store is more similar to Boggle than Mastermind; it’s not new, the hyped-up game you see all over social media.

Of course, anything popular will have reproductions, and there are a few similar games available on the play store, including Word Challenge and Word Unlimited.

Wordle is a prime example of a social media success story. One key component of the game is sharing a graph of their results on Twitter and Facebook. These colored cubes filled timelines across the country, enticing more and more users to hop on board and try it out.

One of the brilliant aspects of the game is its limitations. You can’t play over and over again, thus getting bored. Only one new Wordle appears per day, which means fans have to wait 24 hours for their next fix. This limitation also allows for ample opportunity to share Wordle results and discuss the difficulty of the day’s word on social media.

Of course, a game with such massive growth and interest will lead to spin-offs. Many brands are trying to capitalize on Wordle’s hype by making their own versions of the game with unique challenges.

Nerdle is Wordle for people who love math and numbers. Users need to discover the eight-digit equation that makes up the daily Nerdle.

The tricky part of Nerdle is that you can add, subtract, multiple, and divide in any of those eight spaced, so you need to understand the order of operations and do simple math in your head to ensure you have the correct solution.

Quordle is likened to Wordle but on steroids. The game is almost the same, but there are four words to guess rather than one. The screen is separated into four quadrants, each leading you to a different final word.

Quodrle does help you out by giving you an extra three guesses, which comes in handy when trying to guess four different words.

If Quordle is too easy for you, try raising the stakes and playing Octordle. This game doubles Quordle and gives you eight quadrants of words you need to guess!

The problem with Octrodle is that once you have so many quadrants, you can’t show them all on the same screen anymore. It gets harder to keep your words and guesses organized and see what you have previously guessed. Does this mean there won’t be a sedecardle? I can only hope so.

If numbers and letters aren’t your things, but geography is, give Worldle a try. This game uses the same concept to guess countries rather than words or numbers.

Worldle users have six tries to guess a country based on its shape. Thankfully, it doesn’t expect you to know how to spell the country’s name. Once you start typing it in, a drop-down will appear with options. It also gives you hints about the target country by offering you a distance and direction from what you guessed. With only 195 countries in the world, will Worldle last? Best to try it out now!

If you want Wordle to be more competitive, you might enjoy Squabble. This game took the concept of Wordle, and changed it into a battle royale-style game.

Play Squabble in Blitz mode with two to five players or Squabble Royale mode with up to 99 competitors. If you thought guessing the word was tough, try guessing before everyone else!

With any huge game, there will be niche spin-offs. Lordle of the Rings takes the Wordle concept and limits it to only words you will fiTolkien’skien’s masterful trilogy.

The solutions aren’t limited to actual words. The answer could be a place in Middle Earth or a character that appears in the novels. Only true Tolkien fans will be able to solve this puzzle.

Only time will tell what new games will come from the Wordle hype. With its new home at the New York Times, the original Wordle is likely to be with us for the foreseeable future.

Have you tried it yet?