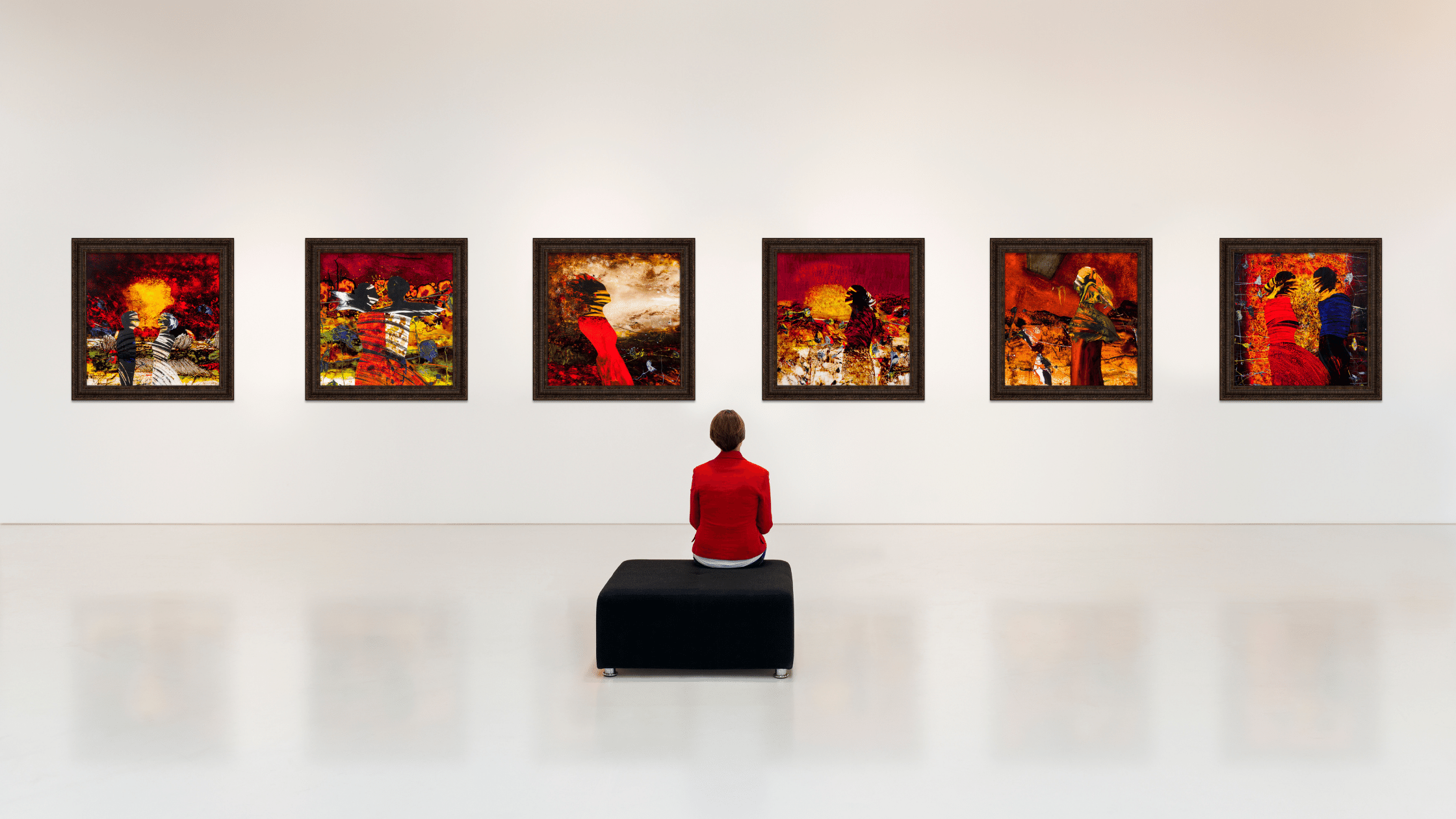 As social distancing measures are lifted and you can finally get back to museums and art galleries, attend cultural events, and see performing arts live, where should you go first? We took the cities across the country with an impressive number of museums and rated their arts scene to give you some ideas.

Oh yes, and we kept it budget-friendly – all of these cities offer art museum entry for free.

There is more to Minneapolis than just some oversized mall. This city is home to world-class museums and when you consider how long and cold the winters can be, you need something to offer to people who want to stay warm indoors. That is where the art museums come in. Starting with the largest, the Minneapolis Institute of Art offers more than 90,000 pieces spanning over 5,000 years.

This city is influenced by Nordic descendants, which is why the American Swedish Institute and the Museum of Russian Art could open your eyes to artwork from other cultures – you can also view Native American art at the Walker Arts Center. Then head over to the Weisman Art Museum, set in a funky steel building overlooking the Mississippi River. Inside is more than 24,000 modern art pieces.

But Minneapolis is also very friendly to the performing arts scene and is only second to New York City for having more theater seats per capita than other U.S. cities.

If you thought the Gateway to the West’s best feature was the Arch, think again. This city was home to a World’s Fair in 1904 and left behind a 1,300-acre park with buildings that still exhibit some of the best things the world has to offer – for free!

Yes, the Gateway Arch is part of Forest Park, but so is the St. Louis Art Museum that has since stood “Dedicated to Art and Free to All,” as is inscribed on the arch above the entrance. It is one of the most-visited museums in the city.

But besides the numerous museums is a booming art scene that you’ll encounter the moment you land at the airport filled with murals, rotating exhibits, and art installations.

From there, you can head over to the Contemporary Art Museum and its neighboring Pulitzer Arts Foundation filled with sculptures. More sculptures are on view in the Citygarden and Laumeier Sculpture Park, both also free.

And although it is not an art museum, visitors and locals alike love the City Museum, which is an interactive museum in a former warehouse where kids at heart and real kids can walk miles of tunnels in a cave system, play in a circus, uncover mysteries and even pop up to the roof where a bus hangs over the edge and you can ride a Ferris Wheel.

Be sure to hit up the indoor cabin, where adult beverages are served. Tickets are a reasonable $16.

But of course, Chicago makes the cut with its Magnificent Mile that leads directly to a museum-laden park. Soon you will encounter the famous lion statues that guard the Art Institute of Chicago, which has the largest Impressionist collection outside of Paris.

While the city itself boasts nearly 70 museums, it’s the Chicago Arts District you don’t want to miss. Located in the Pilsen neighborhood you will find more than two dozen art galleries. (Enjoy a gallery walk the second Friday of the month and even another one on the first Thursday of the month in the River North neighborhood.)

There are two warehouse art centers found in Bridgeport on West 35th Street, and in Hyde Park two more spaces where contemporary art can be found at its Arts Center and the Logan Center.

But this isn’t even remotely all the city offers. Intuit – The Center for Intuitive and Outsider Art, the Ukrainian Institute of Modern Art, public art on view in downtown’s The Loop, and the largest collection of Mexican art in the U.S. at the National Museum of Mexican Art are just a few more examples of what you will find.

When it comes to museums in this seaport town, the top three are dedicated to art. Begin at the Baltimore Museum of Art, which was founded in 1914 and features more than 90,000 works of art, including its renowned collection of 19th century, modern and contemporary art.

Next, head to Federal Hill to witness amazing “beginner’s luck” art at the American Visionary Art Museum. Dedicated to self-taught artists ranging from mechanics to farmers and the disabled to the homeless, the artists may be deemed “average people” but the art is anything but.

The top-rated museum in the city can be found in the heart of Baltimore, in the Mount Vernon neighborhood. Here, the Walters Art Museum features a collection of pieces from the current day dating back to 5,000 BCE.

Want to know what we especially love? Both the Baltimore Museum of Art and the Walters Art Museum are always free!

It’s not all about going to the beach in Miami. The vibrant cultural city is filled with art museums and galleries and is renowned for hosting art festivals year-round in the gorgeous sunshine. You can visit the Institute of Contemporary Art free of charge and see the works of Pablo Picasso in person.

The nearby Perez Art Museum Miami (PAMM) overlooks Biscayne Bay and features more contemporary and modern art with beautiful gardens. It’s free on the second Saturday of every month.

You’ll find another beautiful museum free on the first Tuesday of the month at the University of Miami’s Lowe Art Museum. And Miami Beach’s Art Deco District near South Beach is home to The Bass, again filled with contemporary art, which offers its free days on the last Sunday of the month.

One of the best cities in the country for museums is undoubtedly Washington, D.C., where 19 Smithsonian-run museums are open free of charge, including the National Gallery of Art and the National Portrait Gallery (home to the portraits of every U.S. president, by the way).

Even the Hirshorn Museum and its sculpture garden are free! Free is very big in D.C. when it comes to culture.

But all of the artwork on display is not all government-led. You can go underground in Dupont Circle where local artists transformed a former streetcar-station-turned-bomb-shelter-turned-abandoned-space into a unique art gallery.

That’s not all! The Kennedy Center is one of the most renowned performing arts centers in the country and, oh yeah, it happens to hosts free concerts. The National Theatre, Shakespeare Theatre, and Ford’s Theatre also put on free events.

You only need money for accommodations and dining and the rest takes care of itself in Washington.

Houston is home to the small but mighty Menil Collection, which boasts 17,000 works of art from contemporary artists like Jackson Pollock, Andy Warhol and Pablo Picasso – all of which you get to view for free every day.

After checking out this fabulous museum, head to the Museum District and take in the Contemporary Arts Museum Houston and the Lawndale Art Center for more contemporary works, both not charging admission.

Over in the Third Ward, the University of Houston’s Blaffer Art Museum is open to the public and features more contemporary rotating exhibits. Nearby, Rice University doesn’t want to be left out and you can visit its Moody Center for the Arts at no charge.

The Museum of Fine Arts gives you a look at older works, including Spanish Colonial pieces and Norman Rockwell Paintings. It’s only free on Thursdays but its Cullen Sculpture Garden is free every day of the week.

The city’s art scene is so big that an old train yard in the First Ward has been converted into workspaces with more than 400 artists’ studios. Visit this hotspot, Sawyer Yards, every Second Saturday and meet the artists and shop.

Most people think of Philadelphia’s museum scene as historic as this is where the Declaration of Independence was signed and our country began. But those who love this gritty city also know of Philadelphia to be the capital of murals.

Because of Mural Arts Philadelphia, there are more than 3,600 murals to be found across the city that can be explored on self- or guided tours. The project began as an anti-graffiti one that transformed sides of buildings and rooftops into works of art.

And more than serving as the stairs Rocky Balboa runs to the top of (and many tourists who follow suit) is the Museum of Art’s interior and gardens. It’s $18 to visit but is part of the Bank of America Free Museum Days, if you are a cardholder, and you can pay-what-you-wish (a.k.a. nothing) on Wednesday nights.

Within walking distance is the Barnes Foundation, home to one of the largest collections of Impressionist pieces and lively after-hours events. And right next door is the intimate Rodin Museum, where one of the sculptors “The Thinker” can be found.

You can also gallery hop in various neighborhoods, such as Northern Liberties, and Old City, home to First Fridays (art with cocktails!).

The City of Angels doesn’t just bring art to life on television and big screens, Los Angeles has always been a place for artists and it pays tribute to nearly 30 art museums and more than 50 art galleries, many of which you can visit for free.

Of course one of the city’s most famous museums has appeared in movies since it opened: The Getty. Its Brentwood Getty Center location is filled with art and gardens with some of the best views of L.A. – and it’s free.

Another of the best museums dedicated to art can be found downtown: The Broad, which is always free thanks to its founding philanthropists for whom the museum is named.

They provided their collection of contemporary works, considered one of the most prominent in the country. (The Getty Villa in Pacific Palisades is also free.)

You can also, at no charge, see the Vincent Price Art Museum, Westwood’s Hammer Museum (filled with contemporary art and not hammers), and the Museum of Contemporary Art (MOCA).

Many of these art galleries made the list of things to do in California be sure to check it out if you’re going to be in the area.

You knew New York would top the list but did you ever think anything would be free in the city? Surprise! Many museums in the city are free or pay-as-you-wish. (You really should leave a donation though.) The biggest and best for art lovers is the Brooklyn Museum, which has 1.5 million pieces inside, including rare early American paintings.

There are additional free art museums in the Bronx and Queens, and if you stroll on over to the Fashion District you’ll find the Museum at Fashion Institute of Technology features its art for free. There are also art galleries galore, as well as sculpture gardens in all corners of Manhattan.

And for those big-name museums that normally cost a pretty penny to enter? They have free days, as well! MoMA (the Museum of Modern Art) and the Whitney Museum of American Art are both free every Friday evening, after 5:30 and 7 p.m., respectively.

The Guggenheim is free every Saturday after 5 p.m. and even the Frick Collection is free on Wednesdays from 2 to 6 p.m. (The latter also has free First Friday evening 10 months a year.)

So now that you know you can get back out in the world (without a mask if you’re vaccinated!), what are you waiting for? You can save money and enjoy life.

This article originally appeared on JoyWallet.com and was syndicated by MediaFeed.org. It was republished with permission.

Lissa Poirot is Joy Wallet’s Head of Content and an award-winning journalist and editor with a focus on finance, travel and health. Her work has appeared online and in print, and she has often been cited as a source on both. She currently resides in Pennsylvania.