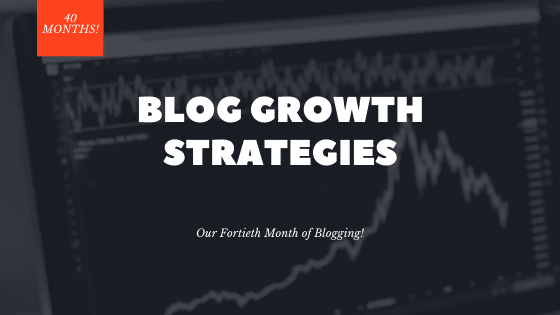 Holy cow 40 months of blogging! It’s been a long, fun, crazy road so far, and this is quite the milestone. Our 40th month was spectacular! We had more page views than ever, and are looking forward to continued growth!

We had one day with under 200 users this period, and quite a few days with large spikes. The weekends are still typically the worst days for traffic, but we had one really off Wednesday at the end of the month. I hope this was an anomaly and not a precursor to April.

Over 60% of our users this month came from organic search, and we were only 25 shy of our 5000 target. We’re working on some things in SEO land that will hopefully bump that number up, and the goal is to get 30-50K pageviews by July!

Our top organic traffic driver remains “How to be a Twitch Affiliate”, with about a third of the traffic. About 1500 users found us while trying to become a Twitch Affiliate. Hopefully, they join the discord and get the help they need! 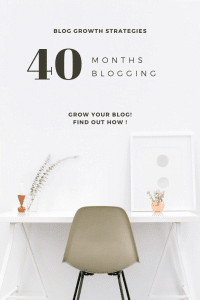 The next two pages are still “How to Get 500 Twitter Followers” with about 400 users and “FU Money” with close to 300 users. Rounding out the top five were “Alternatives to Twitch” and “Why Buffy is the Best Show”, all with over 200 users each.

The rest of the posts in the top 10 all had over 100 users, and even the next ten are all getting close to that.

Our second biggest traffic driver this period was direct hits. I’m still not entirely sure what this encompasses. I know it’s a catch-all for traffic that Google isn’t sure how to record, but it also includes traffic from my subscribers via newsletters.

We had a little over 1000 users finding us via direct hit this month, which is more than usual. I think that some of our referral traffic is being recorded as direct hits.

We had nearly 1000 users again this period from referral traffic. Our posts on Financial Freedom and conducting a Brain Dump were both featured on MSN this month, so those were nice traffic boosts. We also got a lot of traffic to our old post on cutting cable, which was linked on MSN last month. I guess they recycled some posts and it went in front of fresh eyes, that was a pleasant surprise!

We’re also still getting a ton of traffic from Github. I’m incredibly thankful to whoever is posting my link there!

Pinterest was our highest performing social platform during our 40thth month, which is quite nice because we didn’t do much on the platform. The best thing about Pinterest is that it can be passive for a short while. But you have to remember that if you ignore the platform long term, your views will definitely start to decrease.  We still had over 200 users from the platform, but it was a little less than last month. This was our second month of inactivity on Pinterest, and it’s showing in the declining views.

Our views from Twitter exploded this month! We had nearly 200 users from the platform, and the majority of those were to our post on Female Twitch Streamers. The lovely ladies featured in that post shared it all over their timelines, and it was a huge success. Sometimes, sharing the love with others will help you get more love in return.

I wasn’t focused on getting pageviews from Twitter. It was a special circumstance. My main focus with that platform is still to network and engage with folks in a multitude of niches, and I think I’m doing that well. I’m doing great in the finance space, and started to cultivate a ton of followers in gaming as well. I’m lacking in followers in the art community, so that might be my next area of focus.

My goal on Twitter is to get over 10K followers by the end of the year (which is about double what I have now). It’s a tough goal, but I think I can get there.

One of the ladies I featured in the story on Twitch Streamers decided to post it on Facebook, and as a result, we had nearly 150 users visit us from the platform. Those results aren’t typical, but it is awesome to see the power of sharing.

One of my favorite things about Partners in Fire is the eclectic mix of content you can find here. Most blogs try really hard to stick to one niche, but all the huge publications are niche-less, so why can’t a blog be? I’ve embraced that idea over the past few months, and the content shows.

This month, we talked productivity with a brain dump, mobile apps with our Lucktastic review, and how to make money playing video games. We also dived into how to make both a Discord server and a financial plan, two drastically different topics in different niches. But lots of folks are moving to Discord – you might be surprised how relevant that really is in every niche!

We rounded out the month with a post on the different painting techniques you should use to make a successful still life painting, and the epic round-up post featuring the best new female twitch streamers. All in all, it was a great month with a wide variety of content.

SEO is still the name of the game. I’m working hard on building backlinks to my most important blog posts, and this should help show Google that Partners in Fire is a legitimate website and should be considered a big player. That’s not as easy as it seems though. Link building isn’t easy. There will be a ton of guest postings, syndications, forum lurking, and outreach in my future to achieve this hefty goal!

It was a slow month for income this month. We only made a little over seven bucks in affiliate sales, and fifty-seven dollars in ads, for a total of sixty-five bucks. We spent far more than that with our blogging mastermind group and emails, so we are in the hole two hundred dollars this month. But as they say, it takes money to make money, and I’m hoping these investments will pay off soon.

I’m investing so much money into the blog because I have faith that I can grow it into a successful business. We are going to continue to invest in SEO and building our email list, and I think that if we continue to do this, we will see a huge spike in pageviews and revenue by July!