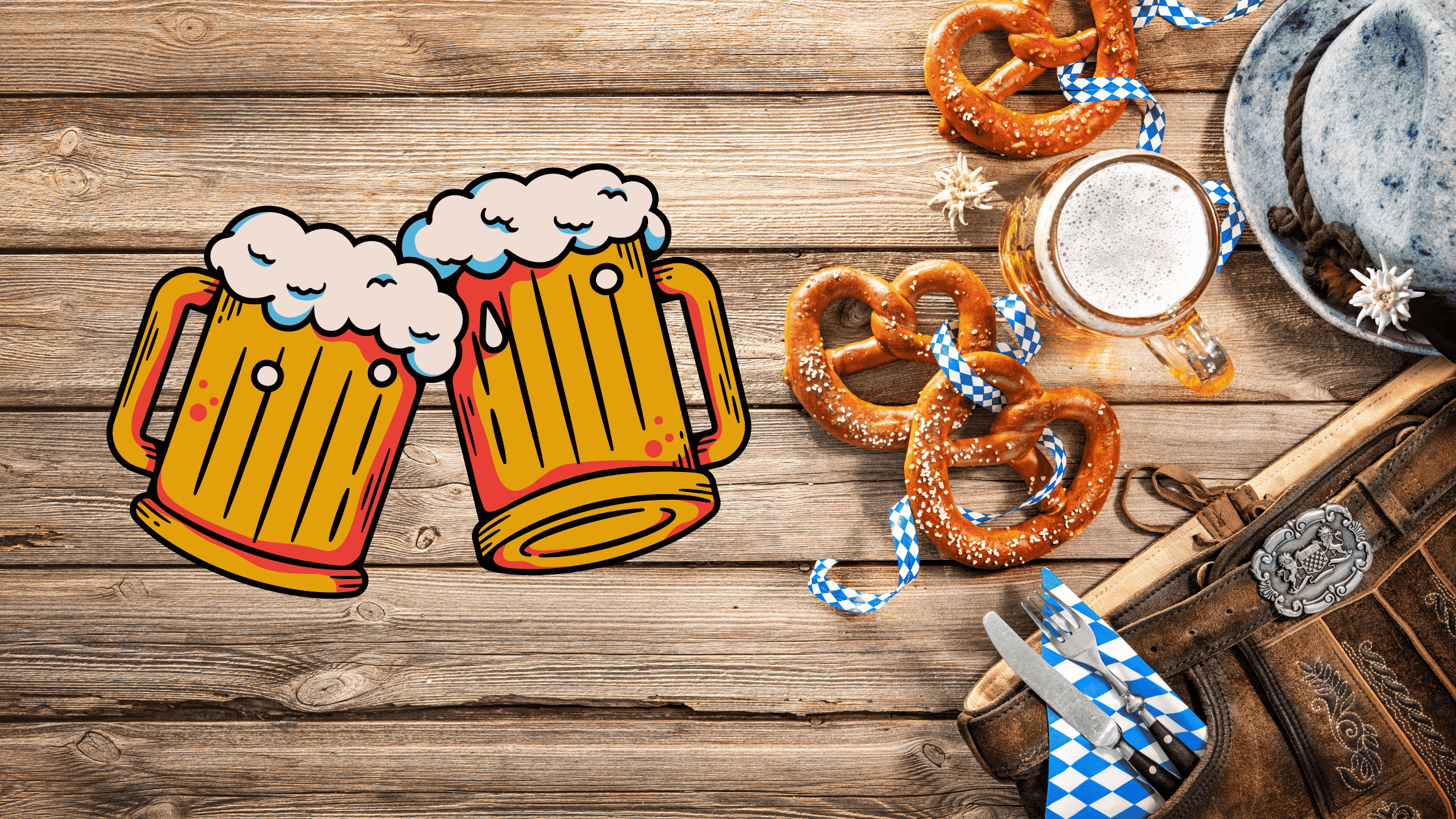 Oktoberfest in Germany is a unique, once-in-a-lifetime bucket list adventure. Germans have their unique way of enjoying this festival, distinct from celebrations in the United States.

Oktoberfest takes place in Munich, Germany, from mid-September through the first week of October. The festival predates the founding of Germany itself, with the first recorded event taking place way back in 1810 as the 5-day marriage celebration between King Louis 1 and Princess Therese von Sachsen-Hildburghausen and included horse races. In 1818 food and drink booths began to appear, which turned into large beer halls by the 20th century.

Now each of the breweries in Munich puts up a beer tent that can seat up to 6000 people. The two-week experience includes festival-type rides like Ferris wheels, daring drop rides, bumper cars, games and food stalls with all the bratwurst and pommes, (or ‘sausages and fries’) you could want. The festivities start with an opening ceremony where Munich’s mayor pours the very first glass of beer.

The festival itself is free to attend. You only have to pay for the beer, food, rides, and games.

Entering the beer tents is also free. However, you need a reservation to get served inside the tents. Reservations require parties of 4-10 people, must be pre-paid, and guarantee you a table spot inside of the beer tent. Only by sitting at a table will you get served food and drink.

Reservations open up months prior and get scooped up pretty quickly. So, if Oktoberfest interests you, plan and check websites in advance!

Alternatively, there are tents with outdoor tables. Again, you must be at a table to get served, so if you find an outdoor table to your liking, grab one! The outdoor ones run on a first-come, first-served basis.

Each glass of beer is one liter and requires two hands to lift and drink. Be sure to take a friend with you to help out!

You can find traditional German food in food tents scattered across the fairgrounds. These food options are generally bratwurst, currywurst, or pommes (fries).

There are also pretzels, crepes, sandwiches, and other options for eating while walking around. Come prepared with cash to pay for your meal and look for booths with local specialties for a more authentic experience.

What to Wear to Oktoberfest

You can, of course, where whatever you like to the festival. Given the time of year, it will be chilly out, so keep that in mind and layer up.

If you want to get into the Oktoberfest spirit, consider delving into traditional German attire. For women, this means wearing a dirndl, and for men, it’s lederhosen.

A dirndl consists of a dress, apron, and blouse.

Lederhosen translates to “leather breeches” and are knee-length pants for men. Traditionally, they were used for hard, physical labor to protect skin. They are now a popular garment for Oktoberfest.

Since Oktoberfest occurs in Munich, it is most convenient to stay in the city and use public transportation to get to the fairgrounds, including taxis, Uber, and buses.

Hotels sell out quickly and can get expensive; however, they are a trusted option for your travels. Be sure to look into Airbnb, Vacation Rentals by Owner (VRBO), or home exchanges. These options are handy if you’re traveling in a group.

Despite its name, Oktoberfest ends in the first week of October. However, given the popularity of beer culture in Germany, you won’t be hard-pressed to find another beer festival if you can’t attend Oktoberfest itself.

The following options are possible if you’re able to travel during these times instead:

While You’re In Germany

Oktoberfest goes on for two weeks. If you need a break from the party, take the time to explore the countryside. Germany is a beautiful country with plenty to do and see. Renting a car is simple, and German rules for driving, including on the autobahn, are easy to follow.

About one and a half hours southwest of Munich is Garmisch-Partenkirchen. Given its proximity to the Austrian border, you’ll see part of the Alps as they spill over into Germany. It’s also close to several other great things to see. For instance, Partnach Gorge:

The Gorge is a protected area, so you must pay a fee to enter (cash only). The easiest way is to park at the Olympic stadium and walk the 20-minutes to the Gorge entrance. The Gorge includes a long, narrow walkway on the side (you can see it on the left of the picture). The walkway is flat and level, but it is wet, making it treacherous. So, water-protective clothing and comfortable shoes are a must.

Not far from Garmisch is Eibsee Lake. Mountains, including the Zugspitz, surround the lake. There are hiking trails that you can explore, weather permitting, and a lodge restaurant to take a meal break!

If you’re a Disney fan, then swing by the Neuschwanstein Castle. Disney modeled their castle after it. You can take tours inside, and the town below offers food and shopping options to help you pass the time.

In a slightly different direction from Munich is Heidelberg. Housing the famous Heidelberg University, you’ll get great college town vibes here with plenty of places to eat, shop, and hang out. Plus, you can visit Heidelberg Castle, known for being the most famous castle ruins in the world.

Be prepared for all the photo ops. Heidelberg looks like a postcard!

Trier is the oldest city in Germany. It’s home to astounding Roman ruins, but the best reason to visit is the food. You’d never expect a tiny non-touristy town to have one of the most amazing restaurants on the planet, but it does.

Head to Trier for the ruins, but be sure to eat at the “Potato Sack” (loosely translated) while you’re there. Order the potato balls – you won’t be disappointed!

Other Places to Visit

Above is a solid to-do list of places to visit within a two to three-hour drive of Munich. However, there is plenty to see and do in the rest of the country. It goes without saying that a stop by Berlin is well worth your time. If you’re interested in World War II history, plan to visit some famous towns from that time. Hamburg, along the coast, can also give you another perspective.

Anywhere you go in Europe, you’ll run into religious structures, arts, and history. Visit an old church, see an ancient castle, and observe how this incredible country has progressed over the years.

Festivals around the world have a long history steeped in tradition. While the United States has adopted many of them so that you can celebrate them locally, there is nothing quite like experiencing the original.

Look into Oktoberfest for your next European experience. You won’t regret it! Happy travels!

The author is originally from the midwest, where she also completed undergraduate, graduate (she has her MBA), and medical school.

Her posts share everything from life experiences, travel stories and tips, to work-related issues and ideas.  Everything she shares is based on her own thoughts, ideas, opinions, and experiences.