Financial Independence for Everyone

Sometimes its easier to bury our heads in the sand than to deal with problems as they arise. And I get it – money is stressful. Sometimes it seems easier to ignore money problems than to face them. We do that with all sorts of problems – myself included. I’ve wasted money in terrible relationships because I didn’t want to deal with breaking up, I’ve waited for far too long to get health problems checked out, and I can’t tell you how long my brake light has been out. But ignoring these things didn’t make any of them better, it just made the problem fester and swell until it exploded.

The same is true with money problems. And yes, I know that dealing with them is stressful. It’s terrifying to look at your bank account and see your last few dollars dwindling away. It’s easier to just not log in and deal with the overdraft fee or declined charge when it comes – because that will be later. it’s not really your problem, it’s your future self’s problem.

But kicking the can down the road to your future self doesn’t actually solve any of the problems. That one missed payment can lead to late fees and dings in your credit score, snowballing a small problem into something insurmountable. One overdraft fee can cost you nearly forty bucks, and of course there’s never going to be just one. Banks love to deduct the largest charges first so that they can charge you an overdraft fee on each smaller purchase (Ok, so I don’t know for sure that they do that on purpose, but it sure feels like it sometimes!)

The point is that ignoring small money problems usually makes the situation worse in the long run. I know that dealing with it is hard, and sometimes you don’t even know how you can do it. But there are always options.

How Do I Not Stress About Money?

I know that you are ignoring your money problems because you are stressing about money. And it’s easy to say “well hey, just don’t stress, everything will work out fine!”. But that’s just not realistic. Things generally don’t just work out fine when you ignore all of the problems. So how do you get over that constant nagging anxiety about money? How do you stop wondering where you are going to get the money for the car repairs, or how you are going to pay your heating bills?

A great way to stop stressing about money is to get more of it or keep more of what you do get. Such an easy and over-simplified solution, isn’t it? But realistically there are things you can do. First, you need to identify what the causes of your financial problems are, and this is different for everyone.

What are the Causes of Financial Problem?

There are so many things in life that can cause financial problems. Millions of people are dealing with stagnant wages. It’s impossible to not stress out about money when you don’t make enough to cover all the bills. Seemingly insurmountable debt is another huge problem, especially for the younger generations. Figuring out how to pay for the rising costs of childcare, education, and healthcare are also huge concerns.

But these aren’t the only causes of financial problems. Tons of people are in dire financial situations because they overspend on things that they don’t need to be spending tons of money on. I get it, you want to have some fun, but if that fun is preventing you from paying the bills or saving money, it’s a problem.

My brother is in this situation. He spends hundreds of dollars every month on stupid online games, and then struggles to pay his mortgage (I know this because I stupidly cosigned for his mortgage). He also hasn’t paid a dime towards retirement. His plan is to just work until he dies. The thing is, he could definitely afford to pay his mortgage on time and put money in savings if he stopped sinking tons of money into that stupid game.

There are plenty of other ways that we can waste money and not even realize it. To get to the bottom of your financial problems and stop ignoring them, you have to figure out what those things are you are wasting money on, and then it’s time to get your spending back on track.

How can I get my Money Back on Track?

Now that you’ve stopped ignoring your money problems, it’s time to get your money back on track. The first step, as I alluded to above, is to track all of your spending for at least a month. Find out if there are ways that you are wasting money – like my brother’s stupid game habit. It might surprise you to find out that you are stress eating at lunch, spending your retirement on drinks at the bar on the weekend, or buying your kids too many toys.

You may just be nickel and diming it, buying small things like candies, chips, or pop throughout the week. The dollar fifty seems inconsequential at the time, but if you are doing stuff like that every day, it really adds up. It doesn’t really matter what you stress spend on, the important thing is to identify it so you can start trying to prevent it.

After you identify the cause of your money problems, it’s time to start fixing it! Learn to start saving money directly from your salary. Identify the things you were overspending on and start cutting back. I know, its hard to do when there’s one thing that you really enjoy that relieves the stress, if only for a few minutes. But if you make these hard cuts now, hopefully that stress will start to melt away.

Is the problem that there just isn’t enough money to go around to pay all the bills? Now might be the time to look into a side hustle. Yeah, it takes a lot of time, but sometimes you have to do what you have to do to get by.

Sometimes, the problem is just a slew of emergencies or a string of bad luck. It can be hard to dig out from under something like this, especially when the hits just seem to keep on coming.  Sometimes it feels as though we are just hemorrhaging money. As a financial independence blogger, I hesitate to tell people that MORE debt is the answer, but sometimes having a way to consolidate to one smaller payment with a lower interest rate can really help alleviate the stress and help you get your budget back on track.

If you think a loan could help you in this way, check out Upstart. They offer personal loans to people for a variety of different reasons – from medical emergencies to debt consolidation. The best part about Upstart is that they view you as a whole person, not just as a credit score. Everyone needs a helping hand sometimes. 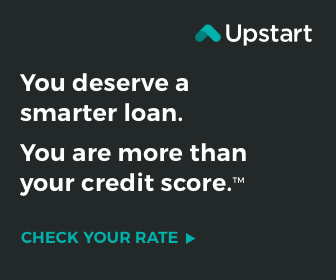 The moral of this whole post is to convince you to stop ignoring money problems. They aren’t like dogs; they don’t lose interest when you ignore them. Money problems are more like termites – they get inside and fester until things rot from the inside out. Dealing with both can be stressful, but it’s always best to confront these things head on, and resolve them as quickly as possible. Don’t you agree?