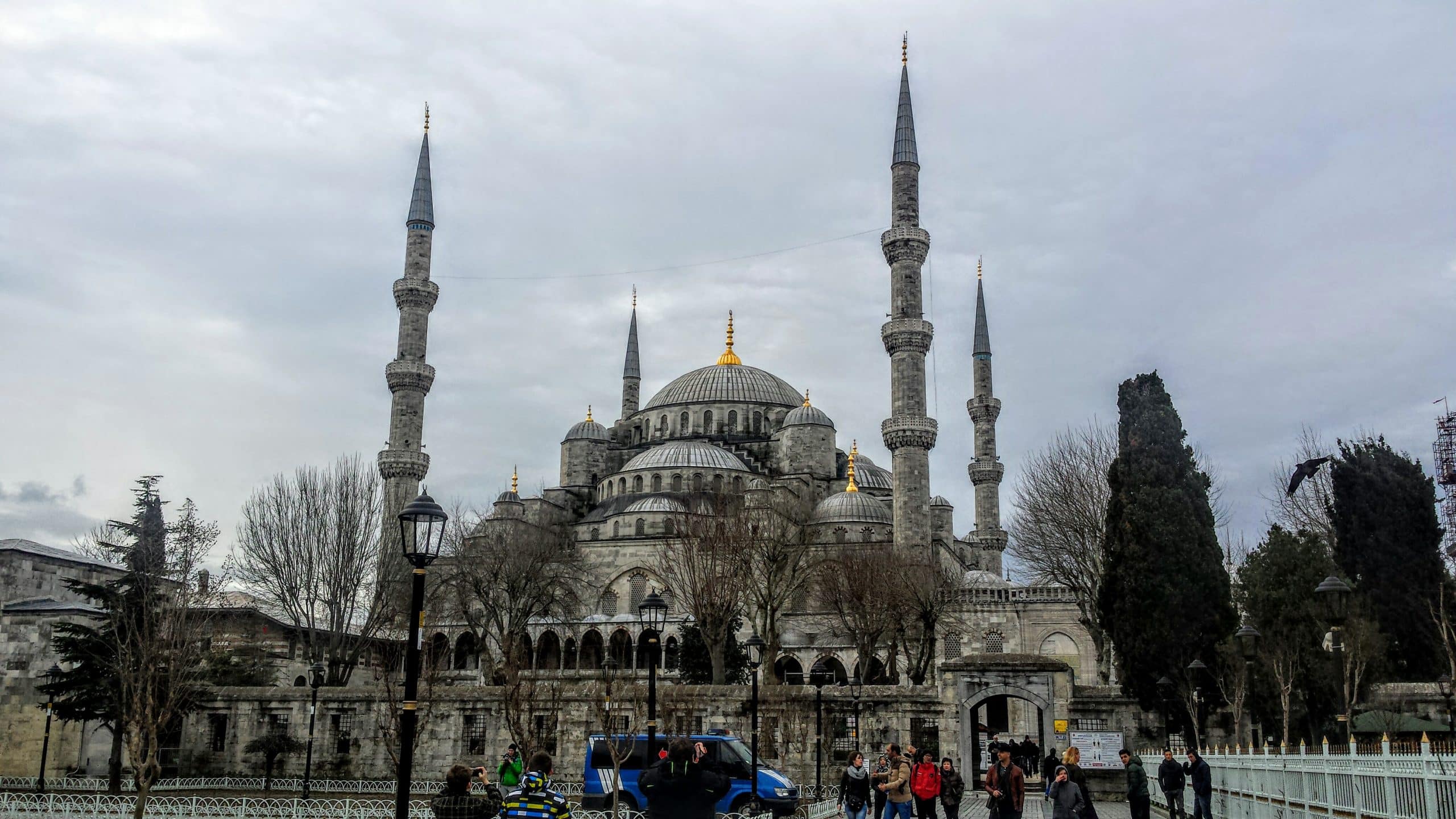 One day in Istanbul is not enough. Its such a huge, eclectic, city with such an immense history that it is impossible to see everything it has to offer in just one day. Unfortunately one day is all we had, but we made the best of it.

Istanbul wasn’t initially on our itinerary. However, the cheapest flight to Europe was through Istanbul on Turkish airlines, and being a savvy traveler who had always wanted to visit Istanbul, I decided to see how much extra money it would cost to extend the layover for a day and a half. It was only $8! I would highly recommend that anyone traveling to Europe from the States check out Turkish Airlines and make a quick stop in Istanbul if possible.

Our flight arrived from Zurich in the evening, and we found a shuttle bus from the airport to the Byzantium Suites Hotel in Old Town. We decided to stay here because it close to all the biggest tourist attractions: the Blue Mosque, Hagia Sophia, Constantine’s Palace, and the Grand Bazaar. 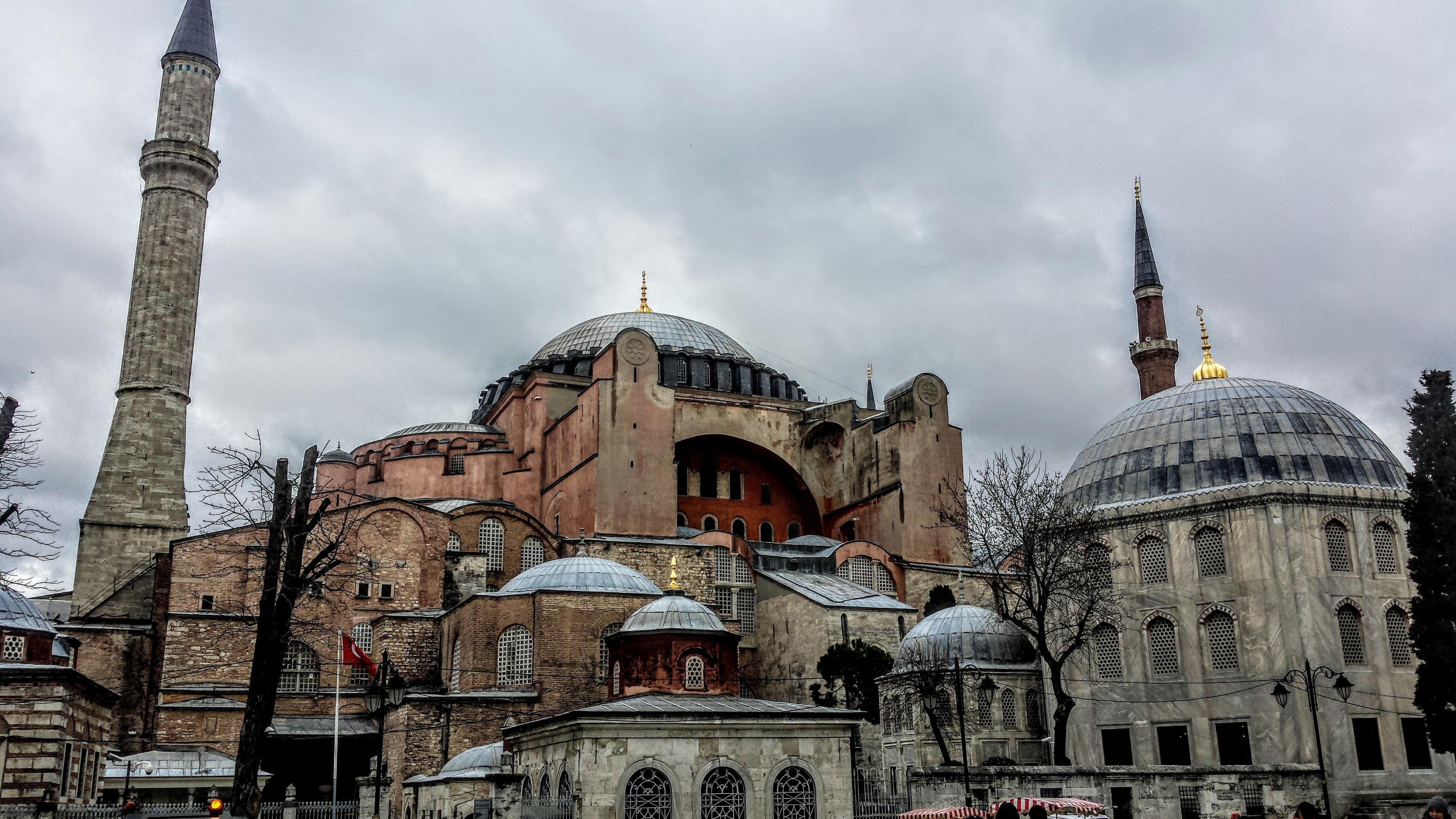 The Blue Mosque and Hagia Sophia were only a five minute walk from our hotel. Both buildings are architectural masterpieces. The Blue Mosque was built in the early 17th century and is renowned for the greyish-ish hue of the dome, the splendidly decorative blue tiles on the inside, and its seven distinct pillars. It is still a functional mosque, but tourists can visit during non-worship hours. Women must wear head scarves, which are provided at the entrance free of charge. Hagia Sophia is a much earlier achievement, built originally as a Christian Byzantine Church in the fifth century. It was an architectural wonder, considered one of the largest cathedrals in the world for almost a thousand years. It was later converted into a mosque, and is currently a museum. Unfortunately we did not have time to visit the museum, but it is the list for my next visit to Istanbul.

After a quick tour of the Blue Mosque, we headed towards the place that was on the top of everyone’s must-do list for Istanbul – the Grand Bazaar. The Grand Bazaar had always held such mystery to me. Was it filled with antiquities? Turkish handicrafts? Junk?

It was mostly the middle options. We didn’t have time to go through the entire Bazaar (that on its own would have taken at least two days) but the portion we did see housed a plethora of shops selling Turkish souvenirs, lamps, rugs, and jewelry. Shopping here was a great bargain due to the favorable exchange rate, I was able to purchase some really nice 925 silver bracelets for about 20 US dollars each. I would love to have the time to explore the back alleys of the Bazaar, where, in my fantasies, the mystical antique stores are hiding, but unfortunately I didn’t come across any of those. I still thoroughly enjoyed shopping at the Bazaar, and I know that I will come back the next time I get to spend a day in Istanbul. Be aware though that the Grand Bazaar is closed on Sundays.

We spent the rest of the afternoon walking through the neighborhoods of Istanbul, checking out the architecture, and allowing our friend Jet the opportunity to scout out and taste some of the famed Turkish street food. She had a list of items to try, including a lamb intestine sandwich. She offered a taste to the rest of us, but we politely declined.

Unfortunately, in the winter, many of the large historical sites close at 5pm, when the sun is going down. We arrived at the entrance to the Great Palace a few minutes after it had closed, so we weren’t able to go in. Instead, we took a walk through Gulhane Park, which is located right next to the palace grounds. The park was a serene respite from the noisy city, with a wonderful landscaping job that was apparent even in the dead of winter.

Our day in Istanbul was much too short. I consider this trip a nice preview to the city rather than an actual visit. There are so many things to see in Istanbul, so many foods to try (not lamb intestine, I won’t be doing that), so many cultures together in one city, that it’s impossible to truly experience in a day or two. However, I’m grateful that I had the opportunity to get even this small glimpse, and if you are ever traveling Turkish Airlines, I would recommend a quick visit.