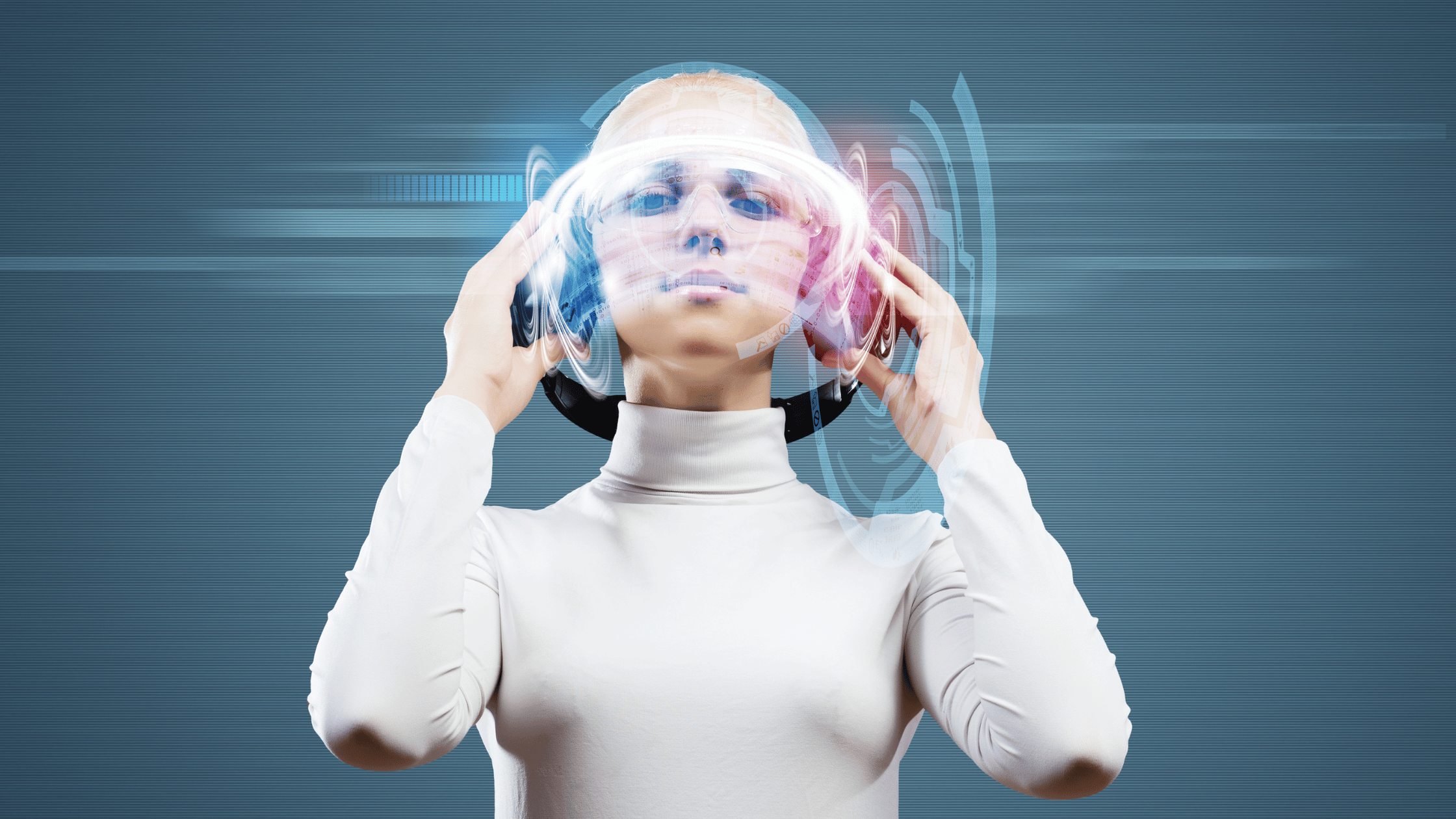 Share on Facebook Share on Twitter Share on Pinterest Share on WhatsApp Share on LinkedIn
New technologies can significantly affect companies that adopt them, helping to reduce errors and boost productivity. That’s as true today as ever before.The COVID-19 pandemic, for example, accelerated a shift to automation within many businesses seeking to alleviate worker shortages and boost profits. A September 2021 Harvard Business Review report found that jobs linked to artificial intelligence, algorithms, and automation saw a 28% increase, compared with the previous quarter that year. And an April 2022 report on cloud computing forecasted spending on cloud-based services to approach $600 billion next year, compared with a little over $400 billion in 2021.

The construction industry and other trade jobs, in particular, have undergone a major technological upheaval of late as those industries have navigated through supply chain issues and labor shortages. ServiceTitan compiled a list of some of those technologies based on an Association of General Contractors nonrandom survey of its members, other research reports, and news coverage of the industry. 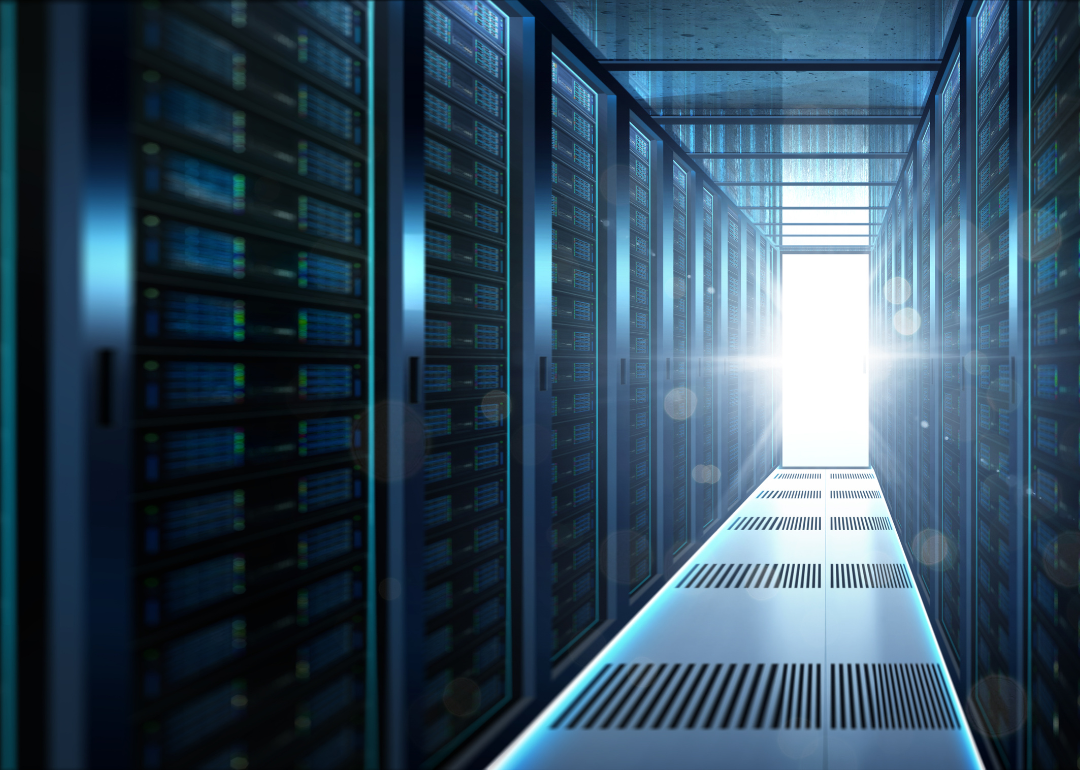 As previously mentioned, many companies, including trade businesses, are leaning more and more on cloud-hosted technologies. The way companies have had to navigate supply chain issues brought about by the pandemic has shown the benefits of putting information in the cloud.

For example, heating, ventilation, and air conditioning parts have been in high demand, largely due to supply chain issues. As a result, many trade businesses haven’t had enough new equipment, raw materials such as PVC, or replacement parts to meet demand. Manufacturers and businesses alike have also been battling labor shortages. Companies that have fared well are those with updated inventory cloud management systems. These companies can better analyze which products could be sourced in the U.S., determine the cost of equipment and materials, and prevent potential loss of revenue. And making sure the equipment and materials is available helps with worker retention by reducing idle time caused by supply shortages. 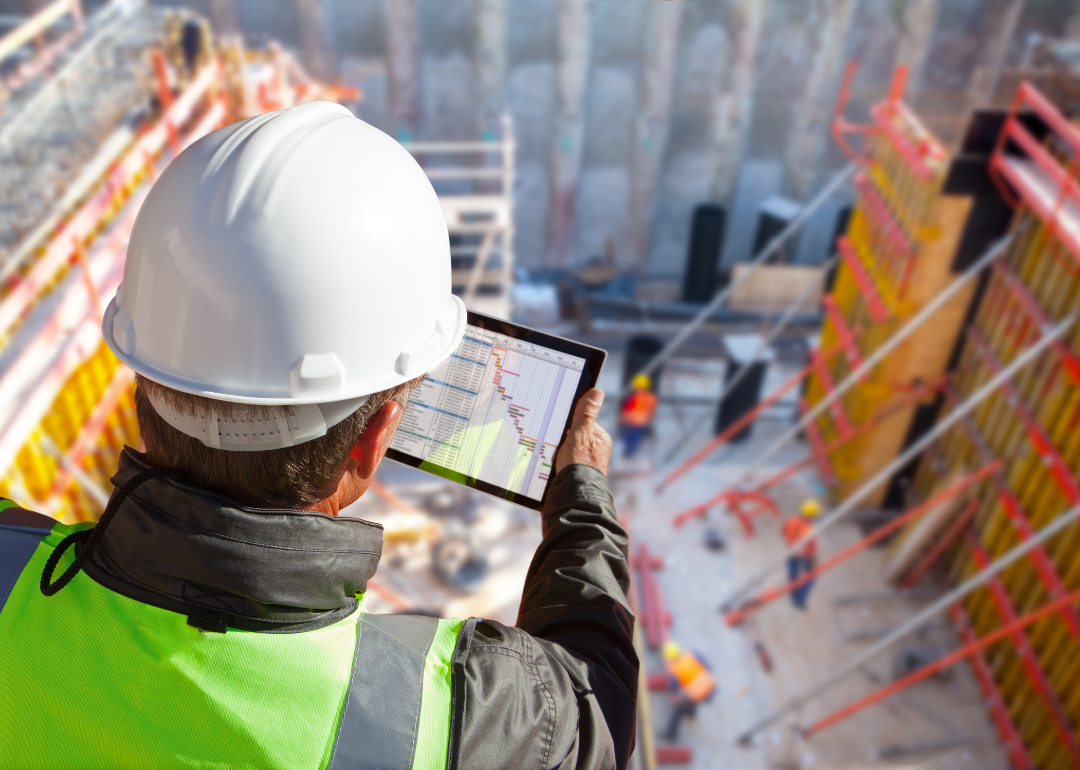 More companies are using mobile software apps on construction sites. Construction software apps help employees on a project analyze and share data in real-time, and allow workers to generate field reports more quickly. According to the AGC survey published in January, most members (68%) said that they’ll use mobile software technology this year mainly for daily field reports. Sixty percent of AGC members also said they plan to use mobile software for employee time tracking, and 57% responded that they plan to use the software for field access to job information. 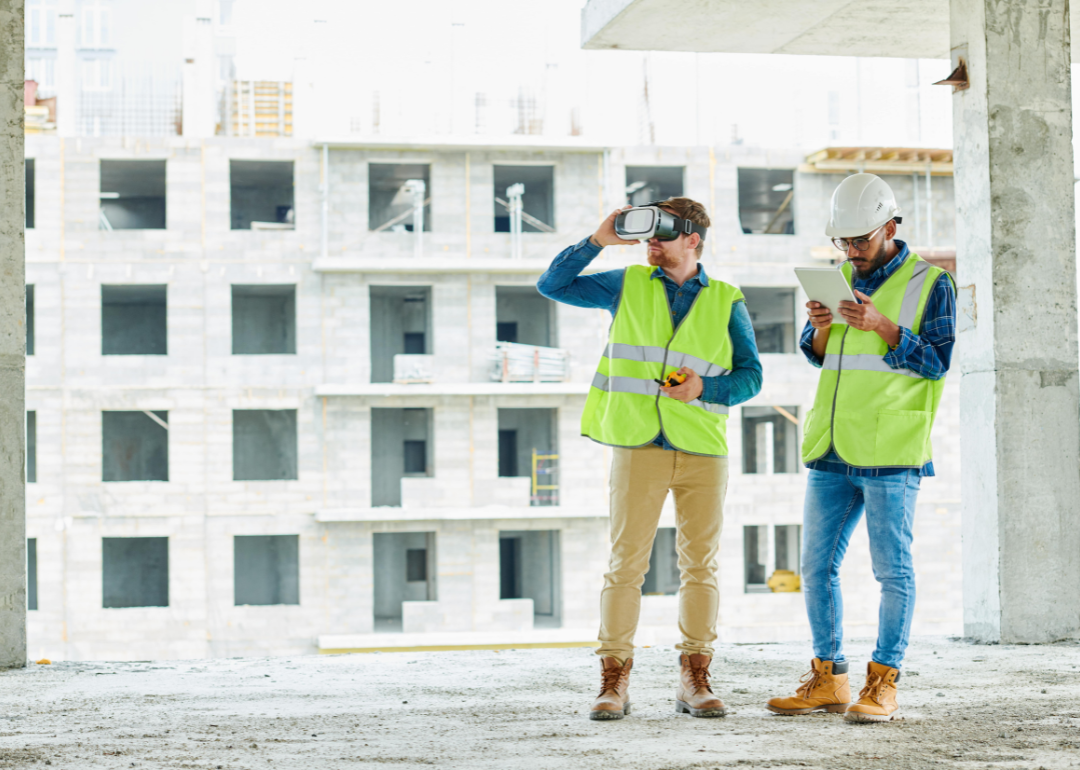 Virtual and augmented reality goes back to the 1980s, when government agencies such as NASA used the technology to manufacture realistic scenes and objects. Mainstream interest died down for a while, but in recent years, there’s been more advancement and funding of the technology.

AR is obtained through visual elements and sound via technology, while virtual reality strives to create a sensory experience that can include sight and touch. The AR market is expected to grow to a worth of nearly $600 billion, according to a 2021 Grand View Research report.

Several companies have tapped into AR and VR technologies in recent years, including Microsoft’s creation of the HoloLens headset. The device uses AR technology with holographic processing and multiple optical sensors to simulate a virtual world.

Technology like the HoloLens can help engineers locate problems or efficiencies in early-stage design and create accurate models before construction starts. On building sites, the device could be used to inspect for safety or aid in training workers. McKinstry, a company with several locations across the U.S., used HoloLens to build an AR solution for a pipe-hanger installation project. 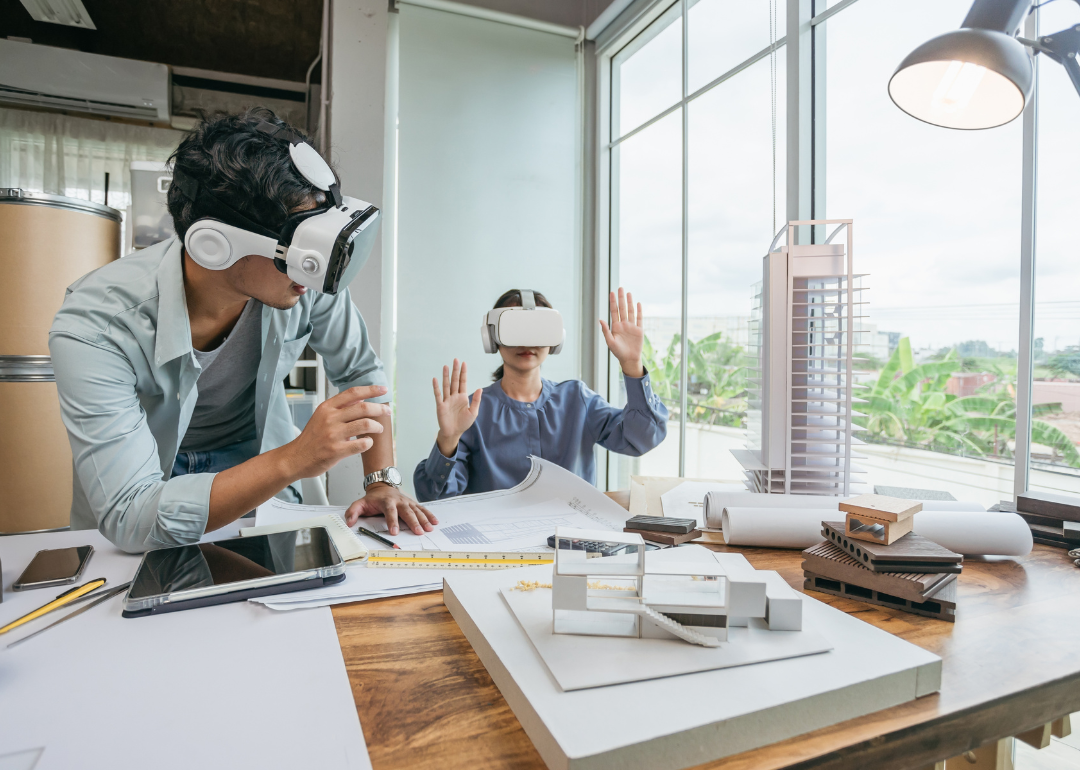 Architectural blueprints and technical drawings have been increasingly replaced by building information modeling, a digital representation of spaces widely used by architects, engineers, and construction workers. BIM can provide interior and exterior 3D model data and documentation of a building. A 2021 Dodge Data & Analytics report found that BIM usage is most common among architects, with 40% using the technology for space utilization plans. About one in five AGC members surveyed plan to increase BIM investments in 2022. 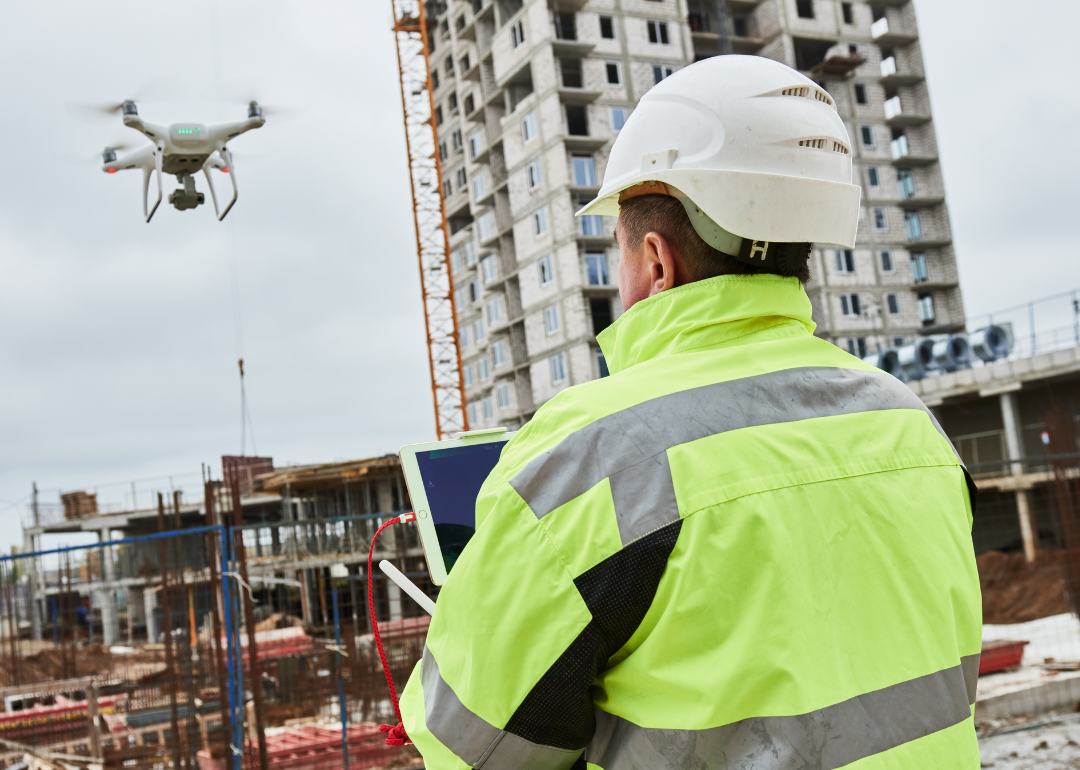 Drones monitor the surroundings while work is in progress and can catch potential hazardous situations. In 2021, for example, drone surveillance footage revealed a crack in Tennessee’s I-40 bridge, which posed a threat, causing the bridge to close for repair to avoid further catastrophe.

The construction industry can expect to see huge investments with President Biden’s infrastructure bill—which includes $110 billion for road and bridge projects and will allow grants to use U.S.-made drones to help ensure safety while jobs are in progress. Other legislation was recently passed to help research universities train future drone-operating employees.

This story originally appeared on ServiceTitan and was produced and
distributed in partnership with Stacker Studio.