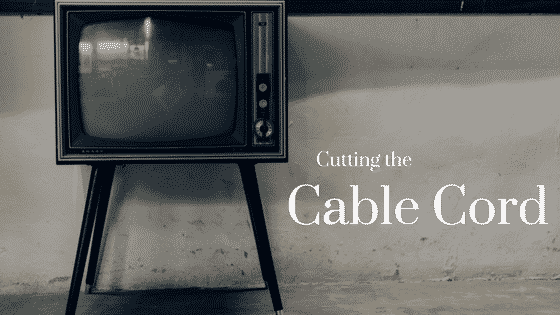 Making the Decision to Cut the Cable Cord

Making the decision to cut the cable cord was a long time coming. We hardly ever watch anything on cable (ok, we had Direct TV satellite, but it’s basically the same thing). The only two shows we religiously watched on cable were Supernatural and The Walking Dead. We’d sometimes throw on reruns of the Big Bang Theory or Family Guy, but that was really just background noise. Is it worth one hundred dollars a month to watch two shows and occasionally have some background noise? I don’t think it is.

I want to Quit the Gym

Of course, like any good company, Direct TV wouldn’t let me off the hook so easily. They tried to offer me discounts or offer me a package change. At one point they even tried to take off the additional movie package that I was paying for (even though I had already called two months ago to get it taken off; somehow it was still on there). They used high pressure sales tactics to try to convince me to stay and to bundle my phone with them for even more savings! But I declined all these offers. I wanted to quit cable (or satellite, same thing) and I did!

(Bonus points if you get the “I want to quit the gym” reference!)

Of course, nothing is ever free. Apparently, I had entered into a two-year agreement with Direct TV, so I couldn’t just cancel. I had to pay a $150 cancellation fee. I did the math, and as it turns out, $150 is much cheaper than $100 per month for 12 months (which most likely would have increased after the first 12 months to who knows how much!) So, although I’m not a fan of paying stupid cancellation fees, I sucked this one up and paid.

What Will We Do Now?

I’ve had some type of cable for my entire life. I’ve never envisioned life without it. That’s why, although I rarely use it, I struggled with the decision to cut the cord for good. My biggest worry is finding a way to watch Supernatural when it returns in the fall. It’s on a network, so I should be able to get one of those converter kits and I should be able to watch it for free (like before we had cable when I was a kid!). But if I have to wait a year for the season to get to Netflix, I can do that. It will suck, but I can manage.

My other reason for keeping Direct TV was NFL season ticket. I love my Chicago Bears, and I live in Falcons Country. That means the networks will rarely be showing Bears games. But the Bears have been pretty terrible lately, and I can always go to Buffalo Wild Wings or Chili’s to watch any important games (which will probably be cheaper than paying for Direct TV all year anyway!)

We already have Netflix, Hulu, HBO on the Go, and Amazon Prime. We can watch pretty much everything we want on these four platforms. And, these four platforms combined are cheaper each month than our direct tv was! There are so many freaking alternatives to cable available!

The cable (satellite) cord is cut. I’m done paying $100 for a service I don’t ever use. I’m going to put that extra $1200 per year in my savings/investment accounts and watch it grow rather than squander it!  Talk about an easy way to increase your savings!

Have you cut the cable cord yet? What was your experience with it?  And if not, what’s holding you back?

9 thoughts on “Cutting the Cable Cord”