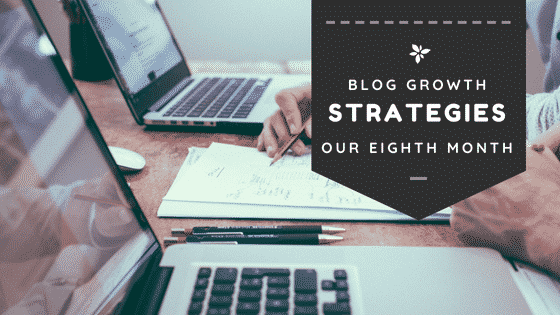 Partner’s in Fire is officially eight months old! Unfortunately, we were on hiatus for the majority of our eight month, and our blog statistics really show it. Man, I thought month seven was bad!  It’s very interesting to see how badly the blog performed at the start of the hiatus versus how poorly it performed towards the end though. Our readership declined every week during our time off.

I think the biggest lesson learned here is that the longer you take off, the more your blog will suffer. Need a two-week vacation? I think the blog will be just fine. But if you are just starting out blogging and take more time off, be prepared for a drastic cut in your readership.

Let’s get to how we faired during our eighth month blogging!

Since my eight month was pretty far into my hiatus, I did not post very often. As a matter of fact, I only published three blog posts from June 27th through July 27th, and they were all at the tail end of the period. That’s a pretty epic failure on my part. But, as I’ve said on numerous occasions, you need to take care of yourself first. If that means you can’t post for a month or two, so be it. Blogging will be ready when you are!

Not surprisingly, with our lack of posting anything for almost six weeks straight, our readership took a huge hit. The first post I published was on July 19, which only gave me 7 days to improve my readership for the month. Obviously, that is not enough time. Our readership dropped drastically during this period, in fact it was our worst month since our first month!  We only had 276 users for the period, 62 less than in month 7th. That’s really freaking bad! But, on the plus side, you can clearly see in graph that as soon as we started posting again, our readership started to improve. We only had one day with less than 10 users during the week that we started posting again. So the lesson here is if you take a break, your readers will return when you do. And that’s super comforting. Partners in Fire is really trying to move on from this break that we took and get back some of the momentum that we lost. Honestly it isn’t easy seeing such a huge decrease in pageviews, but knowing it was mostly my own fault helps.

We have a lot of interesting (we think!) topics to blog about moving forward, so we are hopeful that we will be able to stick to a regular posting schedule for the majority of month 9th. Month 10 will be rough, because I have a week-long trip to Germany planned, so I’ll probably skip at least 4 blog posts that month. But it will be interesting to see how taking two weeks off will compare to taking six weeks off.

Moving forward, we are going to focus more on Instagram, Facebook, and monetization. Any tips that you can think of that would help us in any of those three areas would be greatly appreciated!