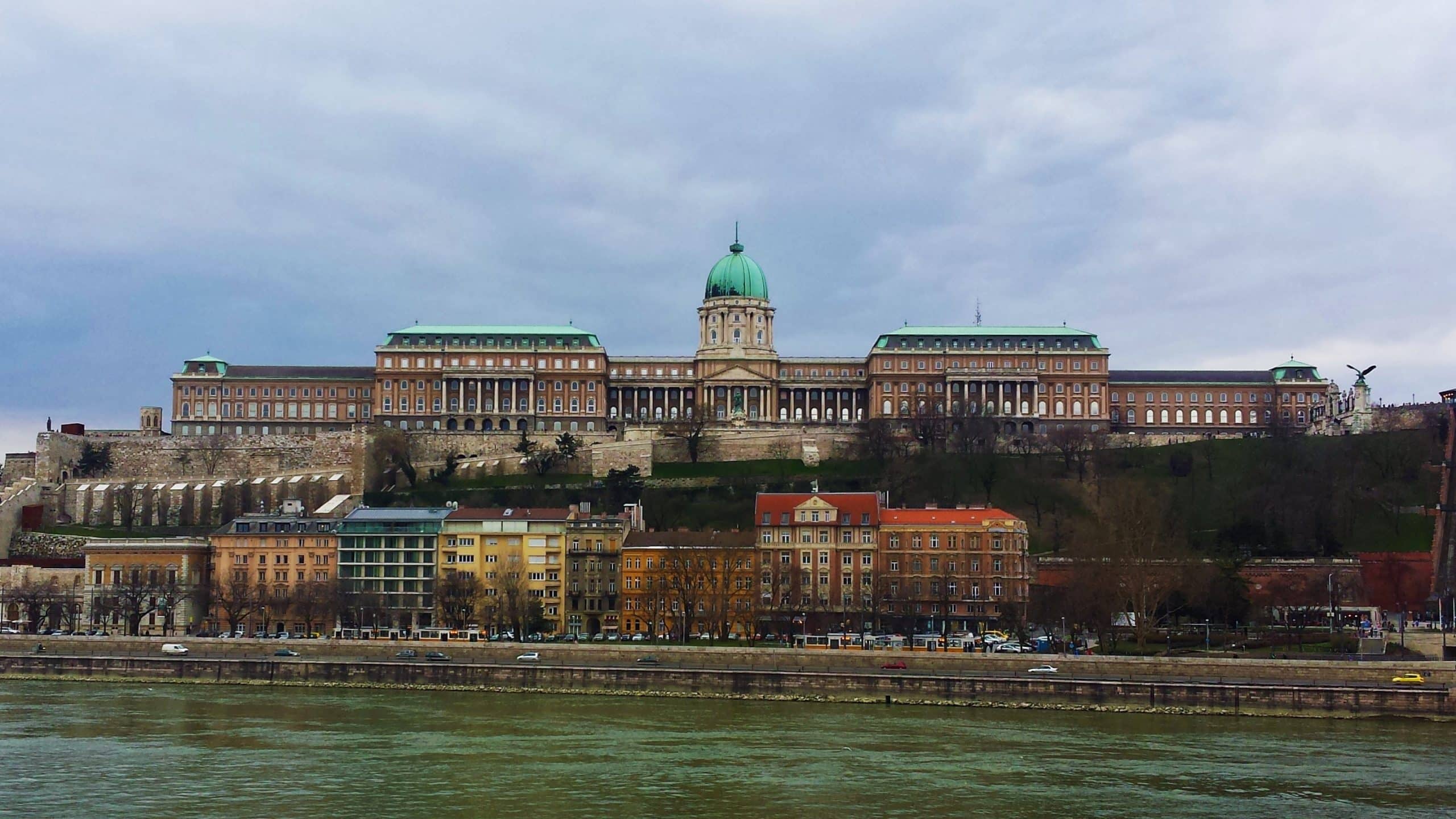 Exploring Budapest’s Labyrinth was one of the coolest experiences of my life.  It is a must-do for anyone visiting Budapest with even a fleeting interest in history or ruins.

My bucket list included Budapest for a number of years. Despite this,  I didn’t have anything planned. I didn’t do any research on how to spend the day in Budapest prior to my trip.  I was happy to simply explore the city.

I was staying on the Buda side of the Danube River, so I took the tram up towards Buda Castle to explore the surrounding area. As I walked along the cobblestone streets checking out the souvenir shops, a colorful sign caught my attention:

The Unique and Amazing Labyrinth? Well, that sure sounds cool! The sign pointed down a creepy back alley, so I was a little hesitant, but my love for spooky history drew me in. I followed the sign to another that pointed down an eerie staircase. Being the brave adventurer that I am, I descended the creepy stone staircase and followed the dimly lit tunnel to the entrance of Budapest’s labyrinth.

The entrance fee to the labyrinth is 2500 Hungarian Forints, which is about 9 US Dollars.  After I paid my fee, the cashier directed me to go around the corner and take a gas lantern before entering.

I took my lantern and entered the labyrinth. This was one of the most amazing experiences of my life, and definitely one of my top travel adventures. It is amazing that they give you a lantern and let you explore the dark caverns on your own. A few rooms have electrical lighting, but for the most part, the lantern light is the only light you have. The moisture in the air creates a mist, which adds to the authentic-ness of the experience.

The Opera is celebrated in the first room of the labyrinth. It has some hokey wax figures with Opera music playing in the backgroud. Signs on the wall explain a little bit about a famous Opera singer who, according to legend,  holds masquerade balls in the labyrinth for the dead.

Budapest’s Labyrinth gets really fascinating after you get past the hokey-ness of the Opera wax museum. During the 15th century, the labyrinth was used as a prison. Vlad the Impaler, the man behind the Dracula legend, was the most famous prisoner held here. Vlad the Impaler was imprisoned down in these dark caves for 14 years. There are numerous signs posted along the walls that give a history of Vlad, and which discuss his connection to Hungary. These signs are posted in the dark, so you must read them by lantern light, which adds to the macabre feeling.

The  other interesting tidbits about the labyrinth are also explained with posted signs. This includes its formation by hot springs, its use in mining, and its use as a shelter during the great wars.

The labyrinth is circular and fairly easy to navigate. There are a few offshoot caverns that you can explore, but they all end in dead ends. Therefore, you cannot truly get lost in the labyrinth, but you can get turned around for a few moments. In addition, you must watch your footing in the dark, as there are many uneven steps. An adventure like this surely wouldn’t fly in the US, people would trip and sue for millions of dollars!

Interestingly enough, the Labyrinth wasn’t very crowded.  I only ran into a couple of people here and there during my exploration.  I was surprised at how few people were there considering how interesting it was.

Is the Labyrinth Open?

When I got home, I read online that the Labyrinth under Buda Castle was a huge tourist attraction that closed in 2011. Perhaps this is why there were so few people there. The labyrinth I went to was on the same hill, but not directly below the castle. Perhaps a larger network under the castle was closed, and this smaller area is the only one that remains open to the public. Either way, exploring Budapest’s labyrinth was an amazing experience and one that I highly recommend to anyone traveling to Budapest.