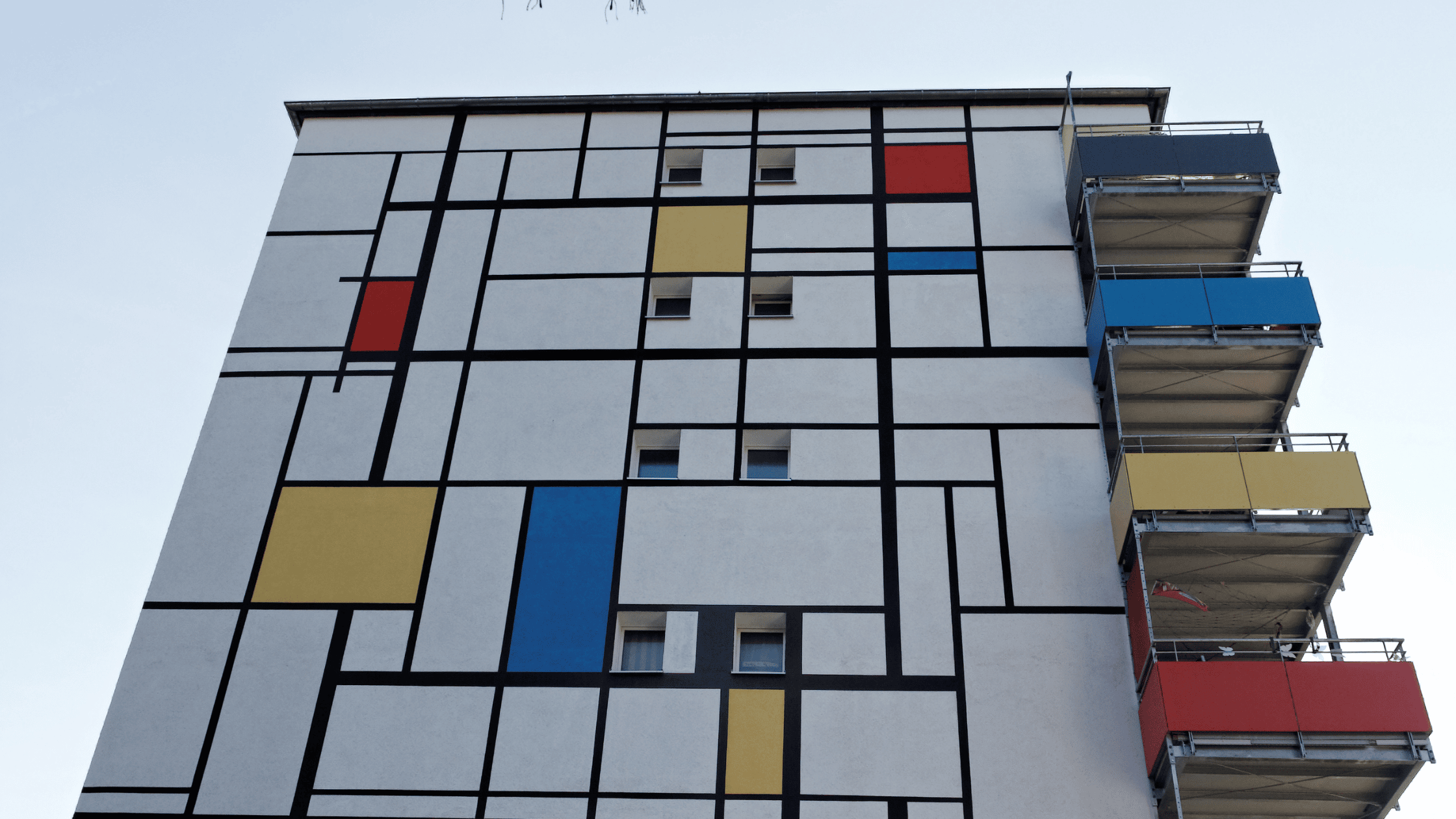 Composition No II illustrates the bold use of primary colors and striking geometry that thrust Mondrian to fame. The massive 20 by 20-foot square of oil on canvas features a large red square in the upper right corner, blocked off by bold black lines and white rectangles. The blue and yellow corners add a dash of color to the piece, keeping the viewer’s eye engaged.

Mondrian completed Composition No II in 1930, one of nearly thirty works. It last sold for 2.2 million at a 1983 auction, a record for abstract art that has since been greatly surpassed, most notably by Willem De Kooning’s Interchange, which sold for $300 million in 2015.

Julian Dawes, Sotheby’s Head of Impressionist & Modern Art, Americas, stressed the importance of the work with his press release comments. “Composition No II embodies everything you could want from a Mondrian – it is a seminal painting that is both crucial to the development of Modern art and emblematic of the enduring appeal of the Modern aesthetic.”

Dawes continues to explain that the work is “characterized by a serene sense of compositional balance and spatial order, and with superb provenance.”

Composition No II is part of a nearly thirty-piece series Mondrian completed in the 1920s and early 1930s. Art lovers in the United States can view works in the series in New York, Chicago, and San Francisco. The Met 5th Avenue houses Composition, an earlier work similar to Composition No II in shape and color. The Art Institute of Chicago features the diamond-shaped Lozenge Composition with Yellow, Black, Blue, Red, and Gray, and the San Francisco Museum of Modern Art showcases the rectangular Composition No III.

Additional works in the series are on display at museums around the world, including Museum Ludwig in Cologne and the Galleria Nazionale d’Arte Moderna e Contemporanea in Rome. Many others remain in private collections.

Although renowned for geometric paintings like Composition No II, Mondrian was a prolific painter with a wide body of work. The Dutch artist began his career at the turn of the 20th century, while post-impressionism was the dominant form. His early works showcase a style reminiscent of Paul Gaugin, featuring bold dark lines and a striking use of value.

Composition No II stands as a perfect example of Mondrian’s lasting legacy. Despite his classic training, Mondrian shifted to explore geometric abstraction and stood at the forefront of the modern art movement. His work gave rise to the complete abstraction embraced by painters of the 1950s and 1960s by changing the rules of contemporary art.

The geometric patterns and simple yet striking colors influenced artists for generations. Pop artist Roy Lichtenstein’s bold use of line and color is reminiscent of Mondrian’s palette. In contrast, Chinese artist Liu Ye’s squares and rectangles are an obvious homage to Mondrian’s geometric works.

Mondrian’s works influenced the minimalist movement in addition to the modern art movement. The simple aesthetic of black lines and a simple, bold color palette inspired work in various fields, including fashion, design, and architecture. According to Sotheby’s, the Eames House in California, Danilo Solverstrin’s furniture, the Nike brand SB Dunk shoes, and the album art from the White Stripe’s De Stijl are all influenced by Mondrian’s work.

While reflecting on his artistic evolution and use of simple, primary colors in place of a natural color palette, Mondrian explained that his “work unconsciously began to deviate more and more from the natural aspects of reality…The first thing to change in my painting was the color. I forsook natural color for pure color.”

Most Expensive Paintings Ever Sold

Though the auction set records for Mondrian’s work, the sale price pales compared to world records. Leonardo da Vinci’s Salvator Mundi sold for over 475 million dollars during a 2017 Christie’s auction, earning the distinction of being the most expensive painting ever sold. Other artists with works selling for over 100 million include Willem De Kooning, Paul Cézanne, Paul Gaugin, Jackson Pollack, and Mark Rothko.

While Mondrian’s paintings may never sell for more than a hundred million dollars, his lasting impact on art and culture is undeniable. His legacy shines through wherever you find minimalistic yet bold color patterns. The modern art movement would not have been the same without his massive influence.