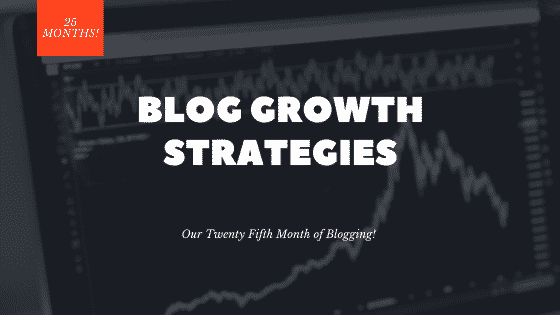 Our 25th month of blogging was fantastic! We got over two thousand users for the first time in a long while. A large portion of that was due to some weird fluke that we will talk about later in the SEO section, but even before that we were on track to hit over 1200 users, which is what we were stuck at for the past few months. Small steady growth plus weird end of the year flukes for the win!

Our overall readership increased slightly during our 25th month. We had a little under 1300 users this month, disregarding the fluke, which is about 100 more than last month. We’re averaging between 40 and 60 users per day, and had only one day with less than 30 users.

We made up for those slow days this month with a few great days. There were three normal days with over 80 users this month, a mark we haven’t met in a few months. We also had two awesome days with well over a hundred users at the end of the month, but that’s what I consider the huge fluke of the month.

December was our biggest month yet for organic search. We had 1288 users from organic search this month, which is amazing. Of course, 781 of those was due to that weird fluke I was telling you about. For some reason, my post “My Decade in Review” blew up on google. Was I the first one to use that keyword? Who knows, but over 700 people came to Partners in Fire for two days after I wrote that reading my life story. That’s kind of cool. I even got a new subscriber out of it. I can’t tell you why it happened, but it was fun to see my stats skyrocket like that, even if it was just for a few days.

But, the best thing about my organic search results is that I was on track to beat my November numbers before the fluke. From Dec 1 to Dec 29, I had 507 users visit Partners in Fire via organic search. That’s over 60 more users than in November, and a continual increase from the previous months.

One huge thing that I did to improve my organic traffic was switch from HTTP to HTTPS (and a huge thank you to Erik from The Mastermind Within for the suggestion!). That switch makes the big search engines like Google and Bing trust my site more and rank a tiny bit better. It also prevents that giant “caution, this site can’t be trusted” banner from popping up if people do find my site. It was a great idea, and I’m thankful that I have blogger friends who will help point these things out to me.

I also continued to update old blog posts during my 25th month, and since I can see the incremental growth month over month, I’m going to continue to do that.

Social media was our second biggest driver of traffic for the second month in a row. On the plus side, it didn’t decrease again. We had 440 users via social media during our 25th month, which is forty more than last month but still less than previous months.

Some good news finally on the Pinterest front – we didn’t experience a decline in users via Pinterest this period. We had 238 users from Pinterest this month, a handful more than last month. This is actually amazing considering the fact that we’ve seen a decline the last few months in a row.

Obviously, this isn’t a huge reversal of my Pinterest problem, but I’ll take it for now. I even tried to take a Pinterest course to help me get moving in the right direction, but unfortunately, I don’t think it was helpful. I already knew most of the content that I went through so far, and the rest doesn’t seem like it will help.

Well, at least I tried figuring out what went wrong on Pinterest. Maybe sometime in these next few months I’ll actually crack the code!

We did a lot better on Twitter during our 25th month than we did during our 24th. We had 186 users from the platform, and increase of over 70 users. I did a great job of remembering to share an old blog post each day, and a few of my goals posts got some decent traction on the platform.

I’m still trying to improve my engagement on the platform. I’m one of those people who gets really into something for a day or two, and then forgets about it for a week. I need to learn to be more consistent with things.

I still haven’t focused much on Facebook, and that’s very apparent from my engagement via the platform. I only had 14 users from Facebook, which is kind of impressive considering I only remembered to post one or two blog posts to the platform this month.

We had a sight decrease in users via direct hit this month yet again. We only had about 230 users coming directly to Partners in Fire, which is about 20 less than last month. It’s not a drastic decrease, but I don’t like to see any declines in any traffic sources.

Last month, I blamed the decrease on the holidays, so I wanted to see if it followed a similar pattern. Although it did seem like we had less users during the week of Christmas via direct hit, it wasn’t enough less for me to think it fit the pattern. Maybe it was more of the content that I was publishing each month than the holidays (nobody likes to read a “what I’m thankful for post”).

We published a ton of great content this month, but most of it was fairly personal and related to blogging. I did a recap of my 2019 goals, a review of my decade, a post about my new goals for 2020, and of course a post about How I Doubled My Blogging Income.  Although I love writing this type of content, I know that it won’t be the best for SEO (except for my decade in review, which I didn’t expect to make such huge traffic waves). I’m still going to write those types of posts anyway though, because I like getting a bit personal.

I really only wrote two blog posts this month that were related to the finance side of the blog, and that was the 10 Must-Have Personal Finance Books, and How to Save Money on Basic Living Expenses. Usually, I write more about finance than blogging, but since this month was both the end of the calendar year and the end of my second year of blogging, I had a lot of “end of year” type content to publish. I imagine this will be the case every year. It’s fun for me though.

I’ve still been failing at monetizing Partners in Fire. I wrote that amazing post about personal finance books that was specifically meant to get some Amazon sales, and I got a whole lot of nothing. I even published it just in time for Cyber Monday!

I’ve had a little bit of better luck with my ad network. I made about five bucks on my ad network during the month of December, which is much better than most months on Amazon. I’m really glad I found a network that would except me without tens of thousands of page views.

I am very happy to see an improvement in users via organic search over the past few months.  I’m going to continue to update old blog posts in the hopes of continuing this trend.

I’m still concerned about my loss of users via Pinterest, and the fact that I haven’ been able to find a solution for it yet. If this continues, I’m probably going to stop using Tailwind and start focusing more on Facebook or Instagram instead. I’m putting a ton of time into Pinterest (and money via tailwind) and not seeing results, so maybe it’s time to start putting that effort into a different platform. My tailwind subscription ends in February, so I have one more month to decide.

I’m very happy with how our 25th month blogging went, and I’m excited to see how month 26 goes!