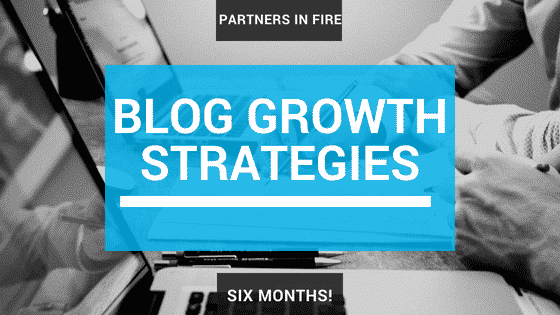 Partners in Fire is officially six months old!!  That means we’ve met the basic requirement for being a real blog!  This is a super exciting milestone for us, so let’s see how we did!

We ended our sixth month with 477 users, just 23 users shy of our 500 users target. I’m actually really happy with that number. As I wrote in my 5th month update, I knew May was going to be rough. There was so much going on in my personal life that I didn’t have a lot of time for blogging. I meant to only skip three posts, but my sickness lingered longer than I thought it would and the SCUBA classes were way more time consuming than I anticipated (But definitely worth while!). I was only able to write and publish four blog posts this month!! That’s half as many as my target, and I still managed to get 477 users!! I’m going to call that a huge win! Where are our Users Coming from?

A little over half of our readers for the month of May were direct referrals. That usually means that someone sent a link over email, or someone directly typed in the URL. Most of them were on my post the Worst Financial Mistake of My Life, so I’m guessing a lot of these views are the residual affects of being featured on Rockstar Finance. I would love to find a way to learn for sure where these direct hits are coming from though (and if you have any ideas on how to find out, please share in the comments!)

Social media was the second biggest driver of traffic to Partners in Fire this month. We had 187 referrals from social media during our sixth month.

Pinterest continues to be the biggest driver of social media traffic, with 139 users. This is only 35 less than last month, which I think is fabulous considering I only posted half as much. Twitter was second, with 26 referrals; which is not a lot at all, but again, I hardly posted anything.

It’s difficult to include a section on monetization each month when I’m not succeeding at monetization, but I think it’s important to discuss the challenges with the blog in addition to it’s strong points.

Although summer is going to be super busy with all the visitors and vacations that I have planned, I’m going to attempt to stick to my blogging schedule. I think I would have destroyed my goal of 500 users this month had I actually posted the full eight times. I’m going to try harder to do that this month.

One of my limitations right now is a bit of writer’s block. I do have a few article ideas that I’ve been kicking around, but not enough. Sometimes more come to me, and sometimes they don’t. I think that overcoming this small amount of writer’s block and coming up with good ideas for the blog is going to be my biggest challenge in the coming months.

What strategies have you used to help grow your blog? What are your biggest challenges? I’d love to hear about it in the comments!