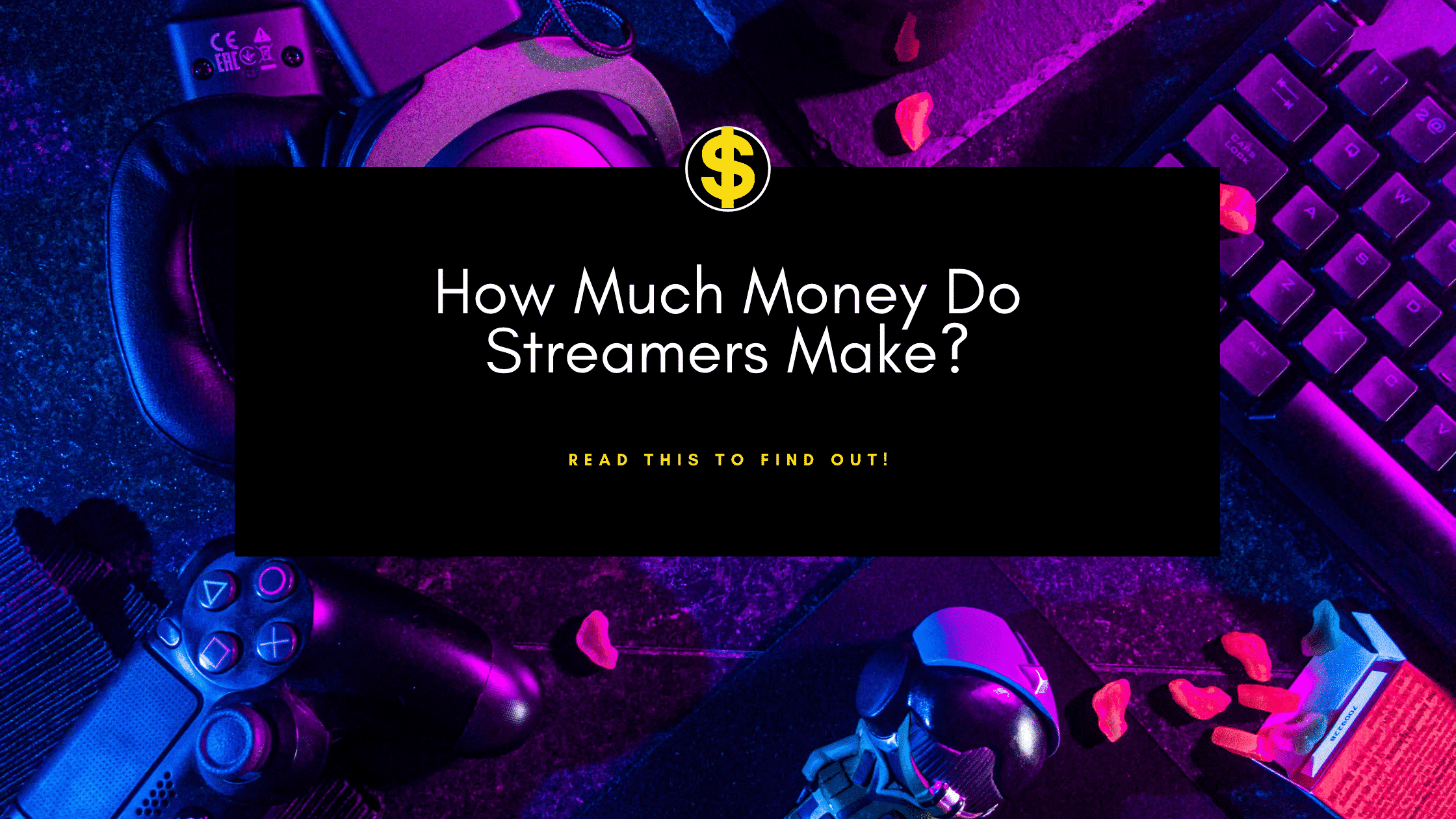 How much do streamers make? Well, the top streamers can earn over fifty thousand dollars a month! These numbers are astonishing and a big reason why millions of people are turning to live streaming as a way to make an income.

However, the big streamers aren’t representative of the majority of streamers, and before you start any new side hustle, it’s important to consider how much money you can legitimately expect to make from it. Find out how much streamers at a variety of different levels make, and if there’s still room for new streamers to grow an online business!

Can You Make Money as a Twitch Streamer?

Yes – there is still money to be made on Twitch! However, you are not going to get rich quick playing video games. It’s incredibly saturated, especially with so many people out of work. If you want to earn money streaming, you have to treat it like a business and you have to find a way to stand out from the crowd.

How Many Streamers are There?

According to Twitch Tracker, there were over 7 million active streamers during the month of September. That’s a lot of people streaming on Twitch. The number of users shot up from about 3.5 million to 7 million during the past few months alone. This growth is mostly due to the pandemic – people are out of work and turning to anything they can think of to earn extra money.

Unfortunately, starting a stream doesn’t automatically mean you will start earning. You can’t even begin to start making money on Twitch until you reach affiliate status, and you won’t start making big money until you become a Twitch Partner.

How Many Partners and Affiliates are There?

Twitch tracker estimates that there are about 46,000 Twitch Partners. That means less than 1% of all streamers have achieved partner status – which is the epitome of Twitch streaming. Being a Twitch partner means that you have access to exclusive promotional opportunities. Also, it shows brands that you can draw and maintain a following, opening you up to even more sponsorship opportunities. These are the folks who are able to turn streaming into a full-time business.

An important step on the way to partner is Twitch affiliate. Unfortunately, it’s not as easy to determine how many Twitch affiliates there are. In the beginning of 2018, it was reported  that there were over 150 thousand affiliates, but a few months after Twitch reported that it added 220 thousand more, which would put the number around 370 thousand.  With millions of more people turning to streaming in 2020, I can only imagine how much that number has grown.

Let’s say, for the sake of argument because we don’t have solid numbers, that the number of affiliates doubled as the number of streamers doubled. That would mean that there are about 740 thousand Twitch affiliates, which means a little less than 10% of all streamers are affiliates.

This means that only a little over 10% of all streamers are making any money at all.

I’m not giving the numbers to scare you or prevent you from pursuing gaming as a side hustle. If you’re passionate about gaming, creating content, and building a community you should absolutely give it a shot. If you work hard, gaining affiliate status isn’t as daunting as it seems.

But how much can you make once you hit affiliate?

How Much Do Twitch Affiliates Make?

The amount of money you can make on Twitch greatly depends on your level. Streaming is not a get-rich-quick scheme, and you shouldn’t expect to make a lot of money when you’re at the lower end. 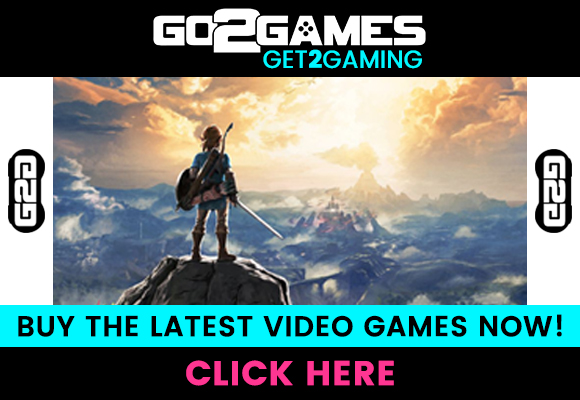 Before I go into this fully, it’s important to note that Twitch does not have any records of how much anyone makes. Some top streamers disclose their income, which is helpful, and we can infer how much other folks are making by knowing how much they get from subscriptions and making educated guesses of how much they make with ads.

How Much Do Small Streamers Make?

Small streamers make pittance if anything. Ninety percent of streamers haven’t even reached affiliate level, so they don’t make any money at all.

But small affiliates are only a tiny step above that. I started streaming seriously in July of 2020, and have a little over 100 followers. Although I’ve reached affiliate status, I have not yet made enough money to get a payout. You need to reach a $100 threshold to get paid on twitch, and so far, I’ve earned about $60.

Honestly, though, that’s not bad for three months. I only made $16 my first year of blogging, so I know what it’s like to put in a ton of effort for few rewards. Growth in anything takes time, and if you aren’t prepared for that, streaming might not be the side hustle for you.

Small streamers are most likely earning the majority of their income via subscriptions, but still that isn’t a lot. Even if you are at the top of the small streamer pile, at $2.5 per month per sub, you are making $250 in subs.

Small streamers can often earn a little bit of money with cheers and donations. However, none of that is stable, so I like to look at is as a bonus rather than anything guaranteed.

Although affiliates of any size get ad-share with Twitch, the amount of money is so low that it’s almost negligible. I had a total of 27 viewers during my last stream, and I made a grand total of three cents in ads.  That’s .001 cent per viewer. Of course, some of these folks bounce as soon as the ad starts to play, so I think it’s more reasonable to break things down by average viewer count. I had three average viewers during that stream, so that’s about a cent per average viewer.

How Much Do Average Streamers Make?

Mid-level streamers can make a little more money. If they have 250 subscribers, they are making about $630 a month on that alone. Although that’s still well below the poverty level, they are likely making up for it in cheers, ad revenue, and maybe even a tiny bit of affiliate revenue.

Although I don’t have any concrete proof, my understanding is that if you have more average viewers, you get a tiny bit more in ad revenue. That means the mid-tier and top streamers are probably making a little more than one cent per viewer on their ads, but it’s still undoubtedly a small source of revenue for them.

When you start getting 50-75 average viewers per stream, the likelihood that you will get an affiliate sale or make some money with cheers and donations definitely increases. I can imagine that some of these mid-level streamers are making close to $400 in ads, affiliate sales, cheers and donations each month. If that’s the case, some of them may be making close to $1000 per month. 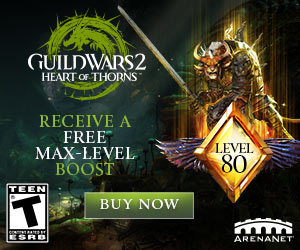 How Much Money Do Top Twitch Streamers Make?

The top streamers make a ton of money. The number one streamer on Twitch for October has over fifty-four thousand subscribers. Even if all of those are tier one, that’s $136000 in one month from subscribers alone. The #10 streamer has twenty three thousand subscribers, netting him over $57000 per month.

These top streamers also get thousands of views. The number one streamer has an average of 17,000 views. Even if he was making the minimum of a cent per view, that’s still about $200 per stream.

A top streamer, Disguised Toast, put out a Youtube video back in 2018 disclosing exactly how much money he makes. Most of his income comes from subscribers, but he also gets donations and sponsorship deals. When you are pulling in over ten thousand viewers, brands will pay you a ton of money to play a game or promote their product.

How Many Top Streamers are There?

Getting to be a top streamer sounds like a dream, doesn’t it? They make so much freaking money – it’s amazing! No wonder so many people are starting their own streams!

But the truth is, even though Twitch disclosed that there are about 47000 partners, it seems like there are far fewer streamers making this type of money.

According to Twitch Tracker, only the top 120 streamers make enough in subs alone to be above the federal poverty level, and less than 2500 streamers have more than 100 subs (100 subs would be $250 in monthly income).  Now Twitch tracker is very flawed – if a streamer doesn’t manually agree to be tracked, they aren’t on Twitch tracker, so there are likely many more than that. But we need to use the data we have available.

It’s also true that if a streamer has enough subs to make $1200 a month, they are probably making much more than that in ad revenue, donations, bits, cheers, affiliate sales, and sponsorships. It’s important to note that subscriptions only tell one part of the story. There are multiple ways that Twitch streamers can make money.

How Many Views Do You Need to Get Paid on Twitch?

In order to start getting paid on Twitch, you need to be an affiliate. There are a few metrics you need to meet to get there, and yes, one of them is view count. In order to be a Twitch affiliate, you need an average of 3 concurrent viewers per stream, fifty followers, and you have to stream for 8 hours a month on seven different days.

Is Streaming on Twitch Worth it?

This is a lot of information to take in, and you may be discouraged by the small percentage of Twitch streamers that actually make money.

But don’t be! It’s not that difficult to reach Twitch affiliate and to start earning – it can be done in as little as 30 days!

However, you should definitely curb your expectations. Don’t start streaming because you want to make fifty thousand dollars a month. That’s not realistic. What is realistic is that you can start making $100 a month streaming in 6-12 months. That’s enough to pay for the newest releases, and if you save up can even help you pay for new consoles.

That doesn’t sound like a lot of money, but if you are going to dedicate time to gaming either way, why not try to make it profitable?

Streamers make more than just money. The gaming community has a bad reputation, but in my experience, the majority of gamers have been open, welcoming, friendly, and all-around good people. Interacting on Twitch has been a great way to maintain human interaction during the pandemic, and I’m very glad that I decided to get back into it.

After just three short months, I consider many of the folks I’ve met through gaming to be friends. If you want to be a part of that, join our discord! We play games together, promote each other, hang out in each other’s streams, and all around have a great time.

How Much Do Streamers Make?

Although most streamers don’t actually make a lot of money, they make friends, grow connections, learn about new games, and all around have a great time. Some of them are able to turn the community into full time six figure jobs!

So if you’re considering streaming, my advice is to do it. Learn how to start your Twitch stream and dive in! You won’t regret it.