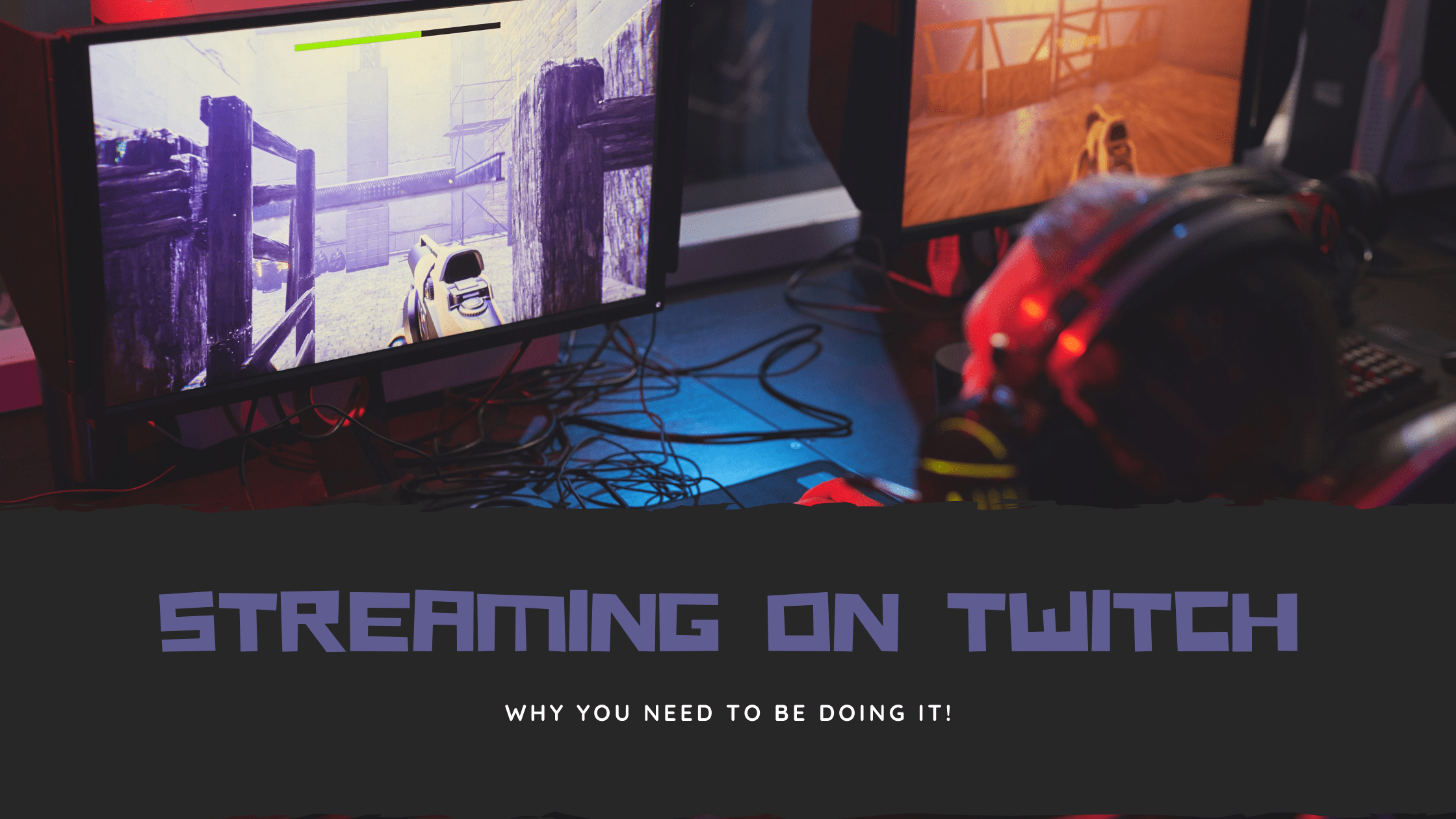 Do you love playing video games? Have you considered trying to turn your passion for gaming into a full-time job? Well, that’s probably not going to happen with streaming on Twitch, but that doesn’t mean you shouldn’t stream anyway. There are a few reasons to publicize your gaming hobby, but the fact that you could make money gaming is an epic bonus.

Twitch is an online platform that allows you to live-stream performances. The majority of people use it to stream their video gameplay, but it can be used for anything. You can find a stream for pretty much any topic you are interested in, from art to travel, fitness to computer building.

Whatever your passion is, you can find an audience for it by streaming on Twitch.

Why Should You Try Streaming on Twitch?

Streaming on Twitch has been a lifesaver for me during this pandemic, and I’m kicking myself for not doing it earlier. The platform has helped me be more social, build a network, and make some amazing friends I would never have met without it.

I’m not exactly an extrovert, but I do like engaging with people and talking to people. That’s been a hard thing to do with lockdowns and social distancing, but streaming on Twitch has made it possible. It’s given me an outlet for social interactions that I didn’t even know I needed.

And it’s not just streaming myself. Hopping into other streams and chatting with the host has had a positive impact on my mental health as well. You don’t realize how much you miss that kind of social interaction until it’s gone, and connecting with others on platforms like Twitch help bring it back, even if only virtually. Virtual interaction is far better than no interaction though.

Another great reason to stream on Twitch is to build a network. It’s fun to find people who are interested in the same things you are, whether that be specific games or hobbies. It helps you build a web of folks that you can turn to for technical help, collaborations, and even assistance on other projects.

When I first started streaming, I never expected the people I met through Twitch to be interested in my blog. But I’ve had gaming friends reach out and ask to write guest posts for me. We’ve collaborated on games, built our streams together, and helped each other grow social media. Through Twitch, I’ve built a vast network of people that I can reach out to for support in a variety of fields, and that has been fantastic.

The biggest (and most wholesome) reason for streaming on Twitch is the amazing friends you can make through the platform. I joined because I knew about the social aspect, and I expected folks to want to network to at least build their streams. But what I didn’t expect is that I’d very quickly consider the folks I met through the platform friends. I didn’t expect to have late-night chats with them about anything and everything. I never expected the level of wholesome support that I’ve received from my new Twitch friends.

These people have been a godsend. I consider them a new family – a Twitch family. We work together and support each other, and are there for each other in times of need. I never expected that kind of care from people that I met online through gaming.  Having this support has been the most amazing aspect of Twitch.

Let’s be real – a lot of people start streaming on Twitch because they want to make money playing video games. And you can absolutely do that with Twitch, but it’s not as easy or lucrative as some will make it out to be.

In order to monetize your Twitch account, you need to become an affiliate. This will give you the ability to make money through subscribers, ads, and cheers. It will also let you link an Amazon Affiliate account to Twitch, so you can make money on affiliate sales through Amazon.

Although there are a few ways to monetize, don’t expect the money to start pouring in as soon as you hit that affiliate mark. You will only earn $2.5 per sub, which means you’d have to have 40 before earning enough money for a payout ($100). Getting some cheers and bits (and a few cents from pre-roll ads) will help you get to that payout threshold a little faster.

How to Become a Twitch Affiliate

You have to meet a few requirements in order to become a  Twitch affiliate and start monetizing your gameplay. You have to have at least 50 followers on the platform, stream for at least 500 minutes and 7 unique days in the last thirty days and have an average of three or more live viewers.

The broadcast days and minutes are easy – because you can control those. Getting to fifty followers isn’t that difficult, it just takes a bit of patience and networking. Achieving the final requirement, an average of three viewers is the hardest part. There are a lot of things you can do to make it easier on yourself, this post on how to become a Twitch affiliate in thirty days is full of tips that will help you get there.

So far, I’ve only discussed streaming on Twitch as a platform for gamers. But it’s so much more than that. The category on Twitch with the largest views is the “just chatting” category. People use this to stream a variety of different things – from workouts to crafting, drawing to music videos. Some people use it to just chat with their viewers. So even if you aren’t a gamer, Twitch might be a platform to explore if you have a hobby that you want to show off. If you are into it, there’s likely an audience for it, and Twitch can help you discover that audience.

Are you Ready to Start Streaming on Twitch?

What are you waiting for? Set up your free account on Twitch, and follow this guide to starting your stream.   Although it recommends a few different items, all you really need to get started are a console and a capture card.

You may not make an affiliate immediately, but you will start building a network, making friends, and having an all-around great time! 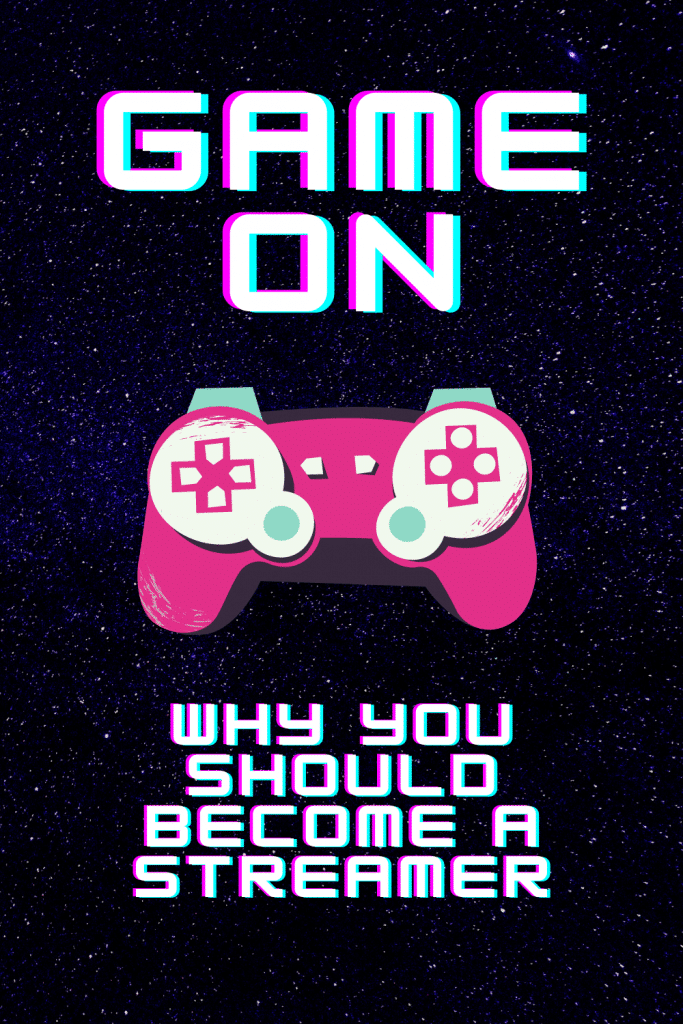