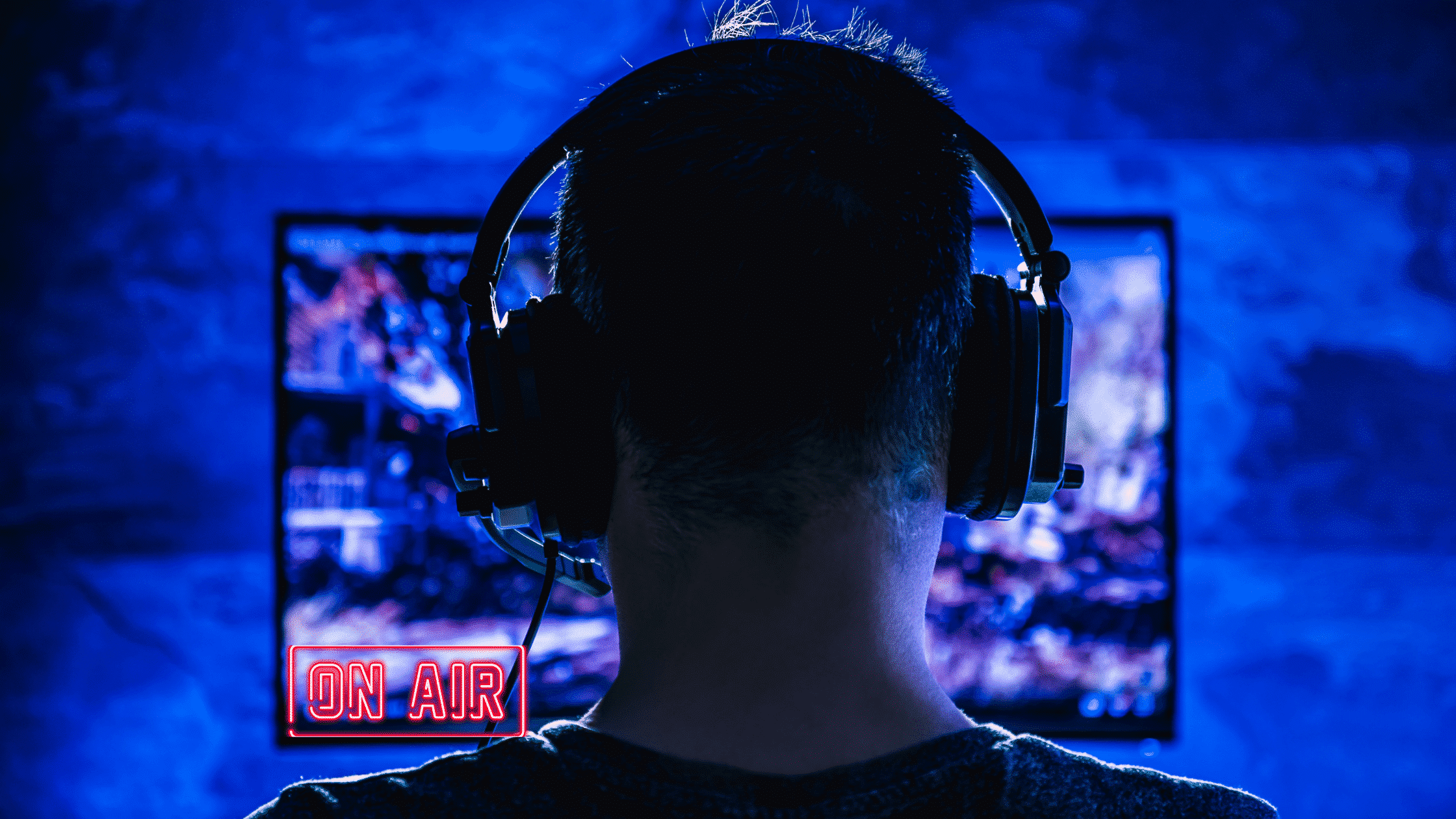 Twitch is an online platform that allows users to live stream anything from video gameplay to outdoor adventures, artistic endeavors, and casual conversation. Streamers, as the Twitch content creators are affectionally called, can earn big bucks by live streaming this content. Interested? Here’s how to make money on twitch.

Twitch is a live streaming platform owned by Amazon. It started as a platform dedicated to live streaming video games but has expanded to include a variety of content categories. The “just chatting” category is one of the most popular and includes various content, from casual conversation to outdoor adventures.

How To Make Money on Twitch

Twitch is a great way to make money showcasing what you love, whether that be art or gaming. There are various things you can do to make money on the platform.

However, learning the ways to make money is the easy part. We’ve already written an in-depth review of each of these methods and how to implement them on your stream. Learning how to make money on Twitch is more complicated than that.

Monetizing your stream will take work, but here’s what you need to do to be successful.

The first step to achieving anything is starting. If you haven’t started yet, what are you waiting for? Hook your console up to Twitch and start streaming!

You will not earn money online until you make that leap, whether streaming, blogging, podcasting, YouTubing, or anything else.

You’re considered a small streamer when you’re at this early phase. Although it’s possible to make money as a small streamer just starting, it’s very unlikely. Most streamers will not make any money until they reach affiliate status.

How Do Beginners Make Money on Twitch?

Unlikely doesn’t mean impossible, and there are a few things the newest and smallest streamers can do to start making money.

First, streamers can set up a donation overlay on their stream. This is a button viewers can use to donate money directly to the streamer via Paypal.

This video shows you how to set up the donation box.

Next, you can join the Amazon Affiliate program and set up a widget on your Twitch screen to showcase products from Amazon. When a user clicks your link and goes on to purchase a product, you will earn a small commission. This is called affiliate marketing.

Many companies offer affiliate programs, but Amazon is the main one that accepts small content creators. Keep in mind that with few viewers, the likelihood that you will sell anything via affiliate marketing is extremely low.

The first major step towards making money on Twitch is becoming a Twitch Affiliate.

Now that you’ve taken that epic first step and put yourself out there, you need to do the work to become a Twitch affiliate.

Some streamers will tell you not to become an affiliate. While it’s true that there are downsides (the biggest one being you can’t multi-stream and Twitch has exclusive ownership rights to your content for the first 24 hours), if your goal is to make money on Twitch, you need to be an affiliate.

The rules for becoming an affiliate on twitch are straightforward. You need to have 50 followers, have an average of 3 concurrent viewers, and stream for at least 500 total minutes on seven unique days in the last 30 days.

Getting fifty followers and three viewers is harder than it appears. If you aren’t an affiliate yet, you need to check out our ultimate guide to becoming one. It will help you achieve affiliate status quickly to move on to growing your stream and making money.

How Do Twitch Affiliates Make Money?

Twitch affiliates earn money in a variety of ways. They receive money from subscriptions (subs), cheers, bits, and a share of the ad revenue from pre-roll display ads.

Twitch affiliates also can earn money from donations and affiliate marketing. However, when fans can cheer and give bits, they are less likely to donate directly to a streamer. However, direct donations are better because Amazon doesn’t get a cut of them.

Let’s be honest. You will not make money on Twitch if you only have an average of three viewers. Increasing your viewer count is the real key to making money on Twitch.

How To Attract Viewers on Twitch

Here’s another hard truth: I bet it was harder than you thought to get the three viewers you needed for affiliation. Getting people to visit your stream, enjoy your content, and become fans is hard work.

It is the hardest part of being a streamer.

You can use many tools and strategies to gain more viewers on Twitch. Make sure you follow these best practices to draw an audience and grow your stream.

How Many Views Do You Need to Get Paid on Twitch?

If you need viewers to make money, the next logical question is, “how many viewers?” It’s not that simple.

You need an average of three concurrent viewers to make affiliate and even think about earning money on Twitch. Next, you need to reach the payout threshold of $100. If all of your viewers subscribe and cheer all the time, you will reach that threshold faster and with fewer viewers.

If you don’t have any subscribers and none of your viewers ever cheer, you will only make your share of ad revenue, which means that it will take more viewers and more time to reach that first payment threshold.

A final big step to making money on Twitch is building your brand. This is an evolving process that may take some time to figure out, and that’s okay.

Consider what you want to be known for, how you want your audience to see you, and what makes you different than other streamers or content creators. Build a brand around that, and make sure that your stream and social media presence embody it.

Use your branding to build a following both on and off Twitch. Create an email list with your subscribers, get active on social media, and show any company looking for streamers to work with why you would be the ideal fit.

There are over 7 million people on Twitch, and only a small handful are partners. To be a Twitch Partner, you have to have an average of 75 viewers. This is a massive undertaking and takes most streamers years of brand building to achieve.

Partners also must go through a comprehensive application process with Twitch. Although Twitch is secretive about the process, we can assume they look at factors like how engaged the chat is, the number of sustained subs, and the projected growth before approving any given streamer for partnership.

Partners are more likely to receive sponsorship opportunities with brands and make a full-time income streaming.

How Much Money Do Twitch Streamers Make?

Big-time streamers can make over a million dollars a year! However, most people won’t make that much. For an in-depth look at how much streamers make at various levels, read this.

Other Ways to Make Money Online

Streaming on Twitch will not give you passive income. It’s hard work to consistently put on a good show for your viewers and can be disheartening when you don’t grow as quickly as you’d like.

If you don’t love gaming and don’t love performing, streaming may not be the side hustle for you. That’s okay. There are tons of other side hustles you can start instead.

If you want to grow your own businesses, consider starting a blog, making YouTube videos, or offering freelance services on websites like Fivver or Upwork. You can also sell eBooks, online courses, or other digital products. It will take time to grow any of these gigs into a full-time income, but they are all great ways to make money online.

If you are just looking to make a few extra bucks in your spare time, consider signing up for task rabbit, being a mystery shopper, taking surveys, or walking dogs. You won’t earn a ton of money with these options, but it might be enough to pay for a few nights out a month.

Many people turn to Twitch because they want to make money playing video games. Twitch is only one of many ways to turn your love of video games into cash.

My favorite way to make money gaming is with Mistplay. It’s an app that literally pays you to play your favorite mobile games.

Grab our free printable for various other ways you can make money playing games.

How to Make Money on Twitch

The concept of making money on twitch is simple. But when you really dig into how to make money on Twitch, it’s a lot harder. Hard is not impossible, and if you follow the guidelines set forth in our guides to getting viewers on Twitch and becoming a Twitch affiliate, you will be able to monetize your stream and start earning money online.