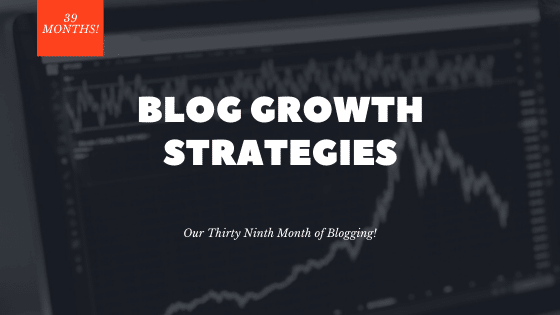 Our 39th month was pretty great. Although we didn’t reach 10K pageviews, it was a short month and we were on track to hit that over the 30-day period. In the 28 days that we had in February, we had over 9,500 pageviews, only 500 shy of the target. I consider this a win. We generally have over 300 pageviews a day, and we would have hit the mark if the month had a full thirty days.

There was only one day this period with under 200 users. Two additional days were right at that two hundred mark. Saturdays are typically the worst day for traffic, why would people want to go out and do things when there are blogs to be read? I’ll never understand it.

Organic search continues to be our top driver of traffic, with over 60% of our users finding us via search engine. It was still less than 5000 this month, but we would have been very close to that target if it was a full month.

The top page is still “How to be a Twitch Affiliate”, with just under a third of our organic traffic. It’s cool that the percentage dropped a tiny bit because I’m trying to spread the love. I know that SEO is a long-haul game, and I didn’t expect to see immediate results, but I’m glad it’s chugging along slowly. 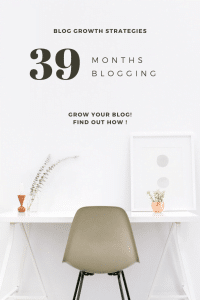 The next two pages are “How to Get 500 Twitter Followers” with about 8% of the organic traffic, and “FU Money” with about 7% of the organic traffic. I’m really happy to see “FU money” start to rank and drive traffic, as it was one of the first posts I wrote as part of the SEO hustle group using all the SEO tips and tools that I’ve learned. It took about six months for it to get to page one of Google, but it’s exciting that it’s finally there. Hopefully, many of the posts I wrote after that will be following it.

Every post in the top 10 had over 100 users, which is great for such a short month.

Our second-biggest driver of traffic this period was referrals. Over a thousand users found us via other websites this period.

The majority of those were from our link on Money Saved is Money Earned’s MSN feature last month. The power of having a blogging network is real!

Our second-biggest source of referral traffic is still Github. Apparently, it’s a platform that people use to build software. I have no idea why so many of my posts have been featured there, but hey, the internet does what it does, right? I’ll take it!

We had about 700 users finding us directly during our 39th month. I’m still unsure if this is just traffic that Google doesn’t know how to record, or folks reading our newsletter, or folks directly typing “Partners in Fire” into the URL box to find us. Whatever it is, I’m happy with it and I’ll take it!

Speaking of newsletters, if you aren’t signed up yet, what are you waiting for? We have such a variety of content that I’m sure there’s something for everyone. Sign up today!

Partners in Fire is still floundering on social media. We had a little less than five hundred total users from social platforms combined this month, which is pretty similar to previous months.

Pinterest was our highest performing social platform during our 39th month. We had a little under three hundred users finding us from the platform.

Overall, I don’t count this as a bad thing. I hardly did anything on Pinterest this month. I pinned about one pin for each article (if that!) and that’s it. This month has been exhausting for me, and unfortunately, this is one of the things that fell to the wayside.

However, the fact that my Pinterest traffic didn’t drop with my lack of involvement is a testament to the course I took on Pinterest SEO. Pinterest is, after all, a search engine. The SEO strategies are different than with Google, but the same concepts apply. I applied those concepts in previous months (not fully, but something is better than nothing) and my traffic didn’t drop when I didn’t have time for the platform. I’ll call that a win.

About 75 users visited us from Twitter this month, which is similar to previous months. The interesting thing about Twitter is that it’s one of the best vehicles for driving traffic when you are just starting out, but after that, it kind of stagnates if you don’t put a ton of effort into crafting the perfect tweet to drive engagement (hint: I don’t).

But it’s the best platform for networking. My goal on Twitter is to get over 10K followers by the end of the year (which is about double what I have now). It’s a tough goal, but I think I can get there.

We hardly got any traffic from Facebook this period, which isn’t surprising as I’m not at all focused on the platform. Still, 38 users for configuring a plug-in a few months ago isn’t bad.

Partners in Fire is publishing amazing content. I’m always going to say that, but it’s true. Our eclectic mix of awesome posts in multiple niches ensures that there is something for everyone.

We started the month with a post that’s basically the antithesis to all finance content everywhere. Yes, we urged people to spend money! Finance isn’t about scrimping and saving and being miserly for your entire life. It’s about being intentional with your spending so you enjoy your life.

We returned to our financial roots with two epic posts on finance this period, the first was a huge guide to achieving financial freedom that cuts down on the “you must do this” and helps you build your own path with just a few building blocks. The second was an extensive post on financial goals; which will help you set SMART financial goals and gives you some great tips on how to achieve them.

Of course, we’re going to publish some awesome Passion Fire content as well. We started with a complete beginner’s guide to Discord Bots, as part of our series on navigating Discord (which is one of the best apps for engaging with your audience, by the way). Next, we published an epic post celebrating the Legend of Zelda series in honor of its 35th anniversary. We even got some of our gamer friends to write about their favorite games in the franchise! It was a magnificent post.

We rounded out the month with an art post on the virtues of different types of watercolor paper (if you’re considering dabbling in watercolors, you need to read this – all paper is NOT created equally!) and a post on the benefits of living in a small town. Those of you thinking about geoarbitrage should definitely read this before taking that leap!

All in all, it was an awesome month full of amazing content!

Slowly but surely, our readership is improving. The main goal is the same as it has been for a while – to improve our readership via SEO. It’s a slow and painful build, but I think in the long run, focusing our efforts here will prove to be the best move.

I’m also still working on increasing my reach via Youtube. I almost have enough subscribers there to get a branded domain name – so if any of you readers want to help me out and subscribe to the channel, I’d greatly appreciate it!

Partners in Fire actually made money this month. Not enough to recoup the losses from last month, but still enough to cover the expenses for this month, and that’s a start!

We made a little under five hundred dollars this month in affiliates. Most of it was through the SEO Hustle, which is the amazing blogging mastermind group that gives me access to MOZ in addition to some other SEO tools. They offer an affiliate program for members who get new folks in. But, we only get paid if a new person completes the three-month (nearly free!) trial and decides to stick with the group. The trial is only a buck, and you get access to a ton of tools and resources that will help you build your blog and increase traffic. Definitely worth it!

We should be making more than sixty bucks in ads at 10K pageviews. This is why one of my top goals is to get into a better ad network. But fifty bucks is better than nothing, so I’m chugging along with this one until we get enough views to get into something better.

It takes money to make money, right? I spent $265 on my blog this month, which includes my mastermind group, a better email list, and some miscellaneous blogging tools, like a VA to help post things on forums for me (have to try stuff, right?)

I’m investing so much money into the blog because I have faith that I can grow it into a successful business. We are going to continue to invest in SEO and building our email list, and I think that by the middle of the year, we will regularly be making money!