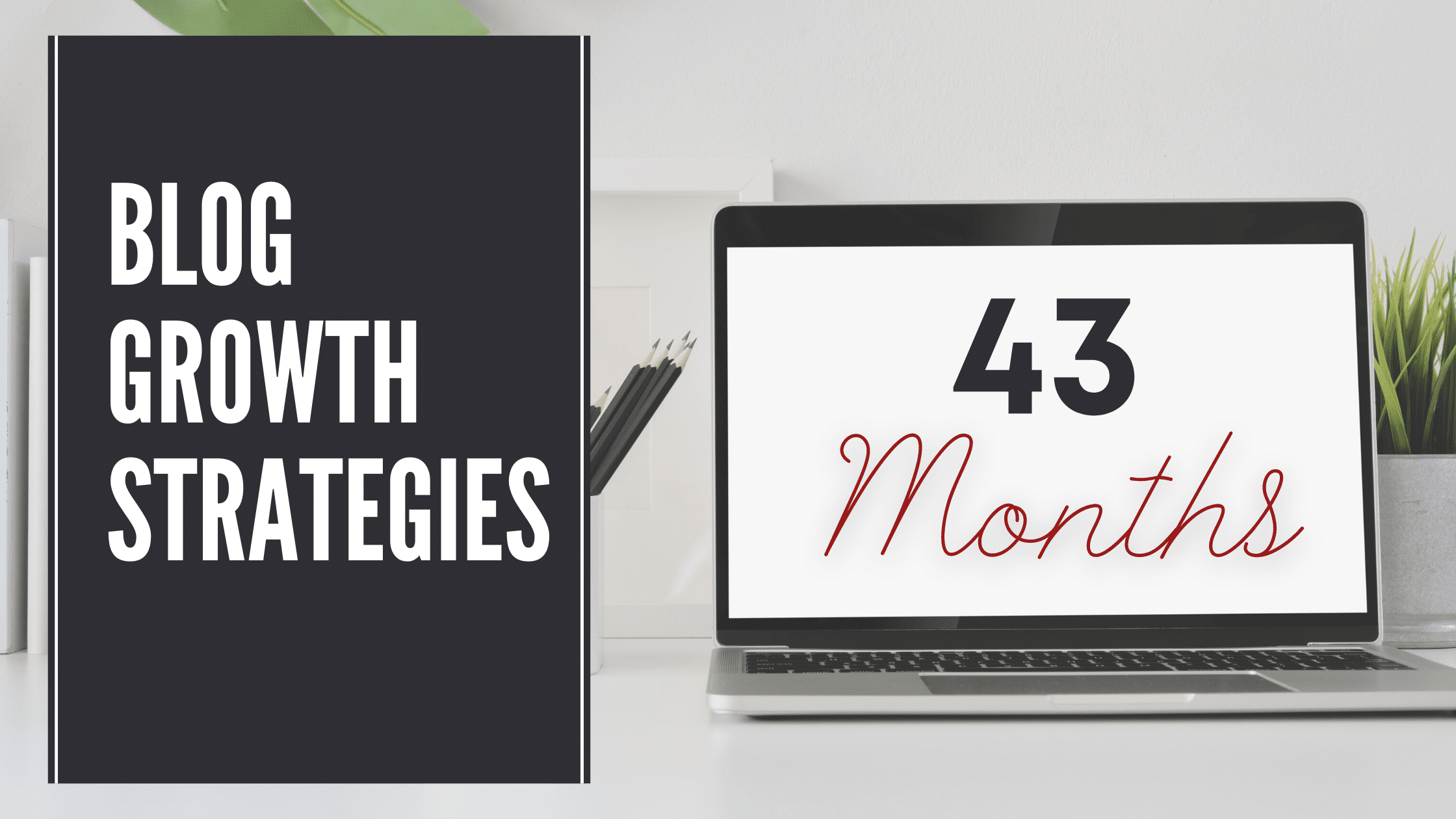 We had some minor setbacks during our 43rd-month blogging. It’s the first month in a long time where we didn’t get to that magic 10K pageviews numbers, but we were really close. We probably would have made it if June had 31 days!

Still, it’s more important to track readership and growth over a 30-day period than to give yourself a bonus day, so we need to do some work to determine why our traffic dropped this period.

Even with the drop in traffic, our readership was fairly consistent. We had one bad weekend where our traffic dropped below 200 users per day. It’s unknown whether that is due to people out in the summer (traditional summer traffic drops) or whether we got hit with Google’s algorithm change. It may have even been due to the heatwave that hit the country this week – with people heading out to shopping malls, movie theaters, and anyplace else with air conditioning, they may not have been as active online.

However, even with that, our traffic was fairly consistent. Most days saw between 200 and 300 users, and we had a few tiny spikes in the beginning of the month when our “What Type of FIRE are You” Quiz got reshared.

It does appear that we saw a little bit of traffic loss due to Google’s algorithm update. Our organic traffic was slightly down throughout the period and only accounted for 54% of our traffic this month, whereas, in previous months, 2/3rds of our traffic was coming via organic search.

I’m hopeful that the second phase of the rollout will correct those issues, or at least not make them worse. The hit wasn’t so severe as to destroy our traffic, and we’ve done a lot of work building links to important posts this period, so hopefully, that will have an impact soon.

Our top drivers of organic traffic are the same as they have been for months. It’s interesting that the older posts are the ones driving organic traffic! I’ve been told that it takes 6-18 months for posts to start ranking in Google, and my anecdotal experience seems to match that.

The only post that gets a lot of organic traffic that’s less than a year old is my post on FU money. However, we’re really close to that post’s one-year birthday, and it didn’t start ranking until it was more than six months old. Every other post in my top ten is over a year old, and some are even older than that.

The other interesting factoid about my top posts is that most of them are not in the Your Money or Your Life niche. I have two finance posts ranking, but the rest are about gaming, Buffy, and Twitter.

As a newer website, and one without fancy credentials, it’s easier to rank in these niches. During my first two years of blogging, I wrote solely about money, and hardly any of those posts rank. In year three, I started branching out, and I’ve seen my organic traffic grow in various niches.

It’s not just the niche, though. I’ve learned so much about writing and blogging in year three, and I think that has been a huge help in gaining this organic traffic, probably more so than expanding my niche. Most of that was due to joining the SEO hustle group. They gave me a ton of SEO tools that help me with keyword research and on-page optimization. In addition, they helped me get my content featured on some amazing websites! Joining was definitely one of the best blogging decisions I ever made.

Our second biggest traffic driver this period was direct hits. People are coming to us from our email list and never miss a post. Be sure to sign up!

We had 1700 users find us via direct hit this month, and the traffic was from a variety of sources. Some of it was through our own email list, some was most likely through being featured on other lists, and some was from folks typing our name directly into Google.

Unfortunately, it’s nearly impossible to determine where these users came from, but I’m thankful that they found us!

We had consistent referral traffic this month. About 800 users found us from other websites this period, which is only a little more than last month.

The exciting thing about this month’s referral traffic is where those users came from. Although Github still tops the list, we saw some users from Budgets are Sexy, MSN, CNBC, and Fool. This means our links are getting on these huge publications, and that’s even better than the referral traffic, in my opinion.

Our social media reach is still lacking, but we did better than last month. We had a little under 500 users finding us via our social channels this month, nearly 200 more than last month. Most of that growth was due to Pinterest.

We had a hundred more users find us via Pinterest this month than last. There’s one special thing I did differently – I actually pinned.

During the last week of the month, I started publishing a few pins to Pinterest each morning. It wasn’t a lot, just two or three. But I noticed something weird.

On the first day I posted to Pinterest, my views from the platform increased. But it wasn’t on the pins I just published; it was on older pins.

I’m still unsure if this was a random coincidence or if posting new pins made Pinterest show my old pins more, but it’s worth looking into. I decided to post every day for the rest of the month (which was only four days) and see if the pattern held.

Twitter and Facebook made up the rest of my social media traffic (most of it anyway, some other sites sent onesies and twosies). I’m not seeing a lot of traffic from either channel, but I’m also not focusing on using either for traffic. I see any traffic I get from either site as a bonus.

Twitter has still been a great networking tool. I’ve made a ton of connections on the platform that have led to guest posts, collaboration opportunities, and interview requests. This is what I generally use the platform for, and any traffic I get from it is a bonus!

Our 43rd month was an interesting month in that we didn’t publish any content that I wrote myself. This entire month has been guest posts and syndicated content. This freed up some of my time to write guest posts for other websites and to finish some of the products that I had been working on.

The guest posts were amazing, though. We covered a wide array of topics, from alternative housing ideas to get out of debt and from living within your means to building your brand as a streamer.

We are still working hard on SEO to improve our readership. Link building has been our biggest focus this period, and we have done that through a combination of guest posting, contributing to round-ups and collaborations, and having a VA post links to various internet forums.

We also tried to conduct cold outreach to bloggers in a variety of niches, but unfortunately, we didn’t see any success with that. I understand. I ignore most emails asking for links too. Most of the ones I get are from marketing companies and not individual blogs, but I understand that most people get way too many of these emails and ignore them. It was worth a try, though.

One of the best things I ever did to help improve my SEO game was to join the Money Mix Insider’s SEO Hustle program . Not only do they offer a mastermind group dedicated to helping with every part of the blogging journey, but they also offer some really great SEO tools to help you with on-page SEO and help you get your content syndicated on other websites. It’s been such a great experience and has helped me immensely. They are still offering a trial period of three months for only a buck a month, so if you need some help growing your blog – be sure to check them out! They’ve rolled out some exciting new features these past few months that I really think will help all the members grow.

The money is going to start rolling in; I can feel it! This month was basically the same as last month. We made a tiny bit of money in ad revenue, but not enough to cover our expenses. We made one affiliate sale, which was worth about twenty-five bucks, so that was nice. All in all, I made about eighty dollars this period, but I spent about three hundred.

However, one fun thing that happened this month is that I launched my new product – the How to Discover Your Passion Worksheet Bundle. It’s available on Etsy and on Gumroad. I haven’t sold many copies yet, but I also haven’t put anything into marketing it – the development and launch came first, and I’m going to focus on marketing this month. Hopefully, I’ll be able to drive some sales! It’s an awesome product that I put a ton of effort into – and will be beneficial to anyone who isn’t quite sure of what to do with their life.