Our 37th-month blogging marked was the first month in a long time where we didn’t reach 10K pageviews. We were so incredibly close that I still count it as a win. The month ended with just under that, and we had a ton of struggles along the way.

Hopefully, most of those are resolved, and our next month will blow this month out of the water! Read on to find out what went wrong and how we fixed it.

Why Did our Traffic Drop?

It’s hard to say why the traffic dropped this month. I think a big part of it was the Google update that rolled out at the beginning of the month. Luckily, I got an MSN feature at about the same time, so it didn’t result in a huge decline in traffic overall, but my organic traffic took a hit.

The biggest problem (I think) is that there was a mobile usability issue with our top-performing post. This made the post drop from page 1 to page 3 or 4, for a drastic decrease in traffic. I rushed to fix it, but unfortunately, the damage was done. There are two huge lessons to be learned here:

I fixed the first issues as soon as I could, and I’ve been working on the second for quite a few months. It’s finally starting to show.

Even with the drop in traffic, organic search was our top driver of traffic. It was sad to see this metric decrease so much over the month after all the hard work I’ve put in, but Google is going to do what Google does, and the best we can do is fix problems as they arise and write great content.

The top page is still “How to be a Twitch Affiliate”, and “Alternatives to Twitch” made a surprise showing in the number two slot. “How to get Twitter Followers” and “Buffy is the Greatest Show” dropped to 3 and 4, and “FU Money” rounded out the top five.

All of the top 5 posts had more than 200 users, but with the exception of “Alternatives to Twitch” and “FU money”, all had drastic drops in traffic when compared to the previous month.

Even with the drops in traffic, it was exciting to see some of these other posts surge. Hopefully, I fixed the biggest issues with the site, and some of my posts will regain their previous traction.

The saving grace for my traffic this month was referral traffic. I had two huge features, one at the beginning of the month and one towards the end.

First, my post “Little Things Add up” was featured on MSN. This really helped offset the loss of traffic at the beginning of the month. It led to a nice surge in traffic for not only that post, but for a related post on cashback apps.

Then, at the end of the month, my post on Generational Poverty was featured on Tread Lightly, Retire Early’s weekly round-up of Women in Finance.

These two features weren’t quite enough to get us to that coveted 10K page views, but they helped get us close.

We had nearly 1500 users coming to us via direct hit during our 37th month, which was right on par with last month. A lot of these direct hits are from our wonderful subscribers – if you haven’t hit that subscribe button yet, what are you waiting for? Where else will you get blog strategies, travel tips, money advice, gaming info, and art ideas straight to your inbox?

Our reach on social media was also on par with last month. We had about 600 users finding us via social channels this month, the majority of which came from Pinterest.

We had nearly 300 users finding us from Pinterest this month, which is a little more than last month. I did finally work through the majority of the Pinterest Ninja course, but I haven’t implemented any of the new tips I’ve learned yet. That’s for next month!

Even without implementing the new stuff, we’re still over 100 monthly visitors ahead of where we were before taking the course. That’s been a huge win for our Pinterest reach thus far, and I hope to see it continue as we implement the new strategies.

Another new strategy that I’m going to implement on Pinterest is story pins. It’s a new feature, but it seems to drive a lot of traffic. We shall see how it goes!

We had 74 users visiting us from Twitter this month, which is similar to previous months. I used the platform much more as a networking tool than a traffic-driving tool this month, and am focusing more on building my account.

I also tested out some direct affiliate marketing on the platform, which failed, but it was worth a try, right?

Our reach on Facebook was about the same as it was last month, and all of it is due to the Revive Old Posts plug-in. We had about 60 users visiting us from the platform, the majority of which came when old posts were randomly published.

I know that some folks drive a ton of traffic via Facebook, with groups and pages and things like that, but I’ve made a conscious decision to not worry about the platform as much.  There’s only so much time in a day, and I’d rather focus on the platforms that I enjoy and focus on the tasks that lead to growth, like SEO.

We posted a ton of awesome and engaging content this month. First, because we are transitioning into a blog about passion fire, we decided to highlight that with a post on Hobbies that Make Money. To compliment that, we published three posts on painting to get a head start on our art section. Those were Drawing Ideas, What Colors Make Orange and Painting for Beginners. We also expanded our gaming section with a post on why you should try Streaming on Twitch.

Of course, we also stuck to our financial roots, with a post on being House Poor, and an exploration of How Much Money You Really Need. We rounded the month out with an editorial piece on Generational Poverty because even as we grow and change, tackling difficult societal issues so that everyone can pursue a passion fire lifestyle is always going to be one of our priorities.

I know I’ve talked about this every month, but I still think improving our writing for SEO is going to be the number one way to improve readership. We can see how important this is now that “FU Money”, the first post we wrote with SEO in mind, is starting to rank. Hopefully, the other posts we wrote with an SEO focus will start to rank as well.

The other way we are going to improve our readership is by branching out. A lot of people say that you need to stick to a specific niche, but we saw that wasn’t the case when our gaming content started to outrank our traditional finance content. That’s why we decided to expand into more gaming and into art. However, keeping things related is important, which is why we chose to group these things under the passion fire umbrella. It’s still too early to tell if the art posts will rank, but we do know that we’re seeing success with gaming. We’re hoping to replicate that success in the art realm as well, which will greatly increase our readership.

This was the first month that we didn’t make a profit since joining the Money Mix Insiders SEO Hustle. However, even with our lackluster performance, we still made sales and netted money with ads. We are close to making a consistent profit every month, even though we had to re-invest all the money we made this month (and more) back into the blog.

Our ad revenue dropped this month, and a big part of that was the decrease in page views. Hopefully, with the changes we made, we will see this number jump back up in January.

What does this teach us?

First – that Amazon has horrible commission rates. But we all knew that. However, it also teaches us that affiliate sales can differ widely from month to month. Sometimes you might have an amazing month, and sometimes you will have a slow month. These are things you need to take into account. 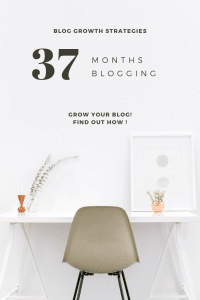 However, when I remember that I made $16 my entire first year blogging, and made almost that in just a month this year, I think that maybe I’m on the right track. I know that I just need to work a little harder on SEO for affiliate linking posts, and I’ll be making ten times this amount monthly.

I spent a ton of money on Partners in Fire this month – but it was worth it. The SEO Hustle group continues to help me learn and grow and improve my process. I know for a fact that I wouldn’t have the traffic that I do if it weren’t for them. They’ve motivated me to keep with it, and helped me improve on so many things. It’s well worth the price. They are still offering a three-month free trial if you want to see what the hype is about!

I spent another $180 on making improvements to my site. That means fixing the mobile issues that Google didn’t like, and doing some other back end stuff to improve user experience. This stuff is more important than many realize, and unfortunately, I don’t have the technical skills to do it myself. Fortunately, the Insiders group has a great contact who can do these techy things and his rates are extremely reasonable. I wouldn’t have even known where to begin without the help of the Insiders.

Even though we spent far more than we earned this month, it was worth it. These investments are going to pay off in spades in the very near future – I can feel it! We’re going to reach 100K monthly pageviews in 2021 – you’ll see!

Follow along our journey every month and see our continued growth!