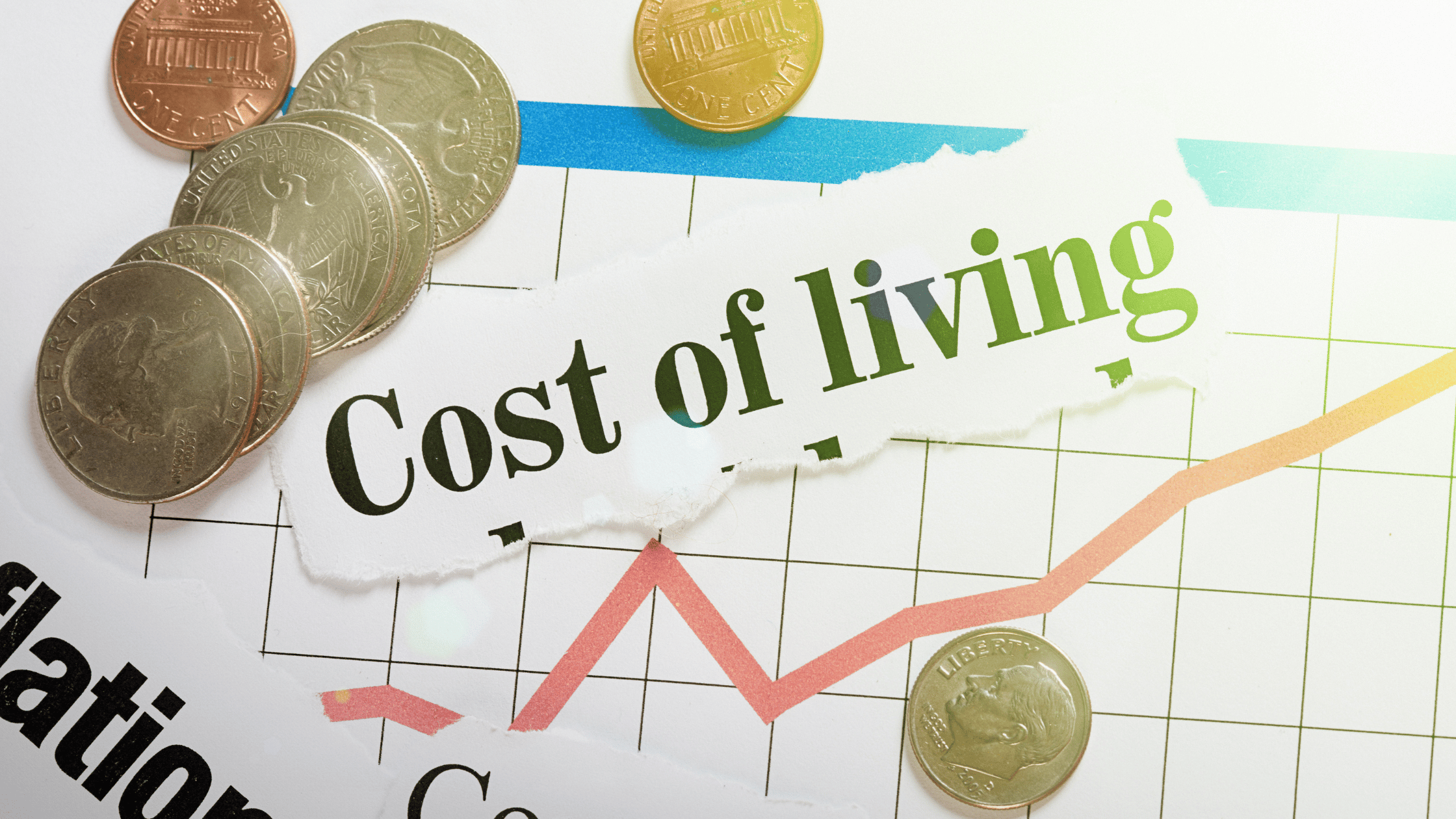 Although the original post is updated yearly to showcase rising costs and ensure people have current, up-to-date information on the cost of living, it’s important to keep historical data and showcase where the information came from.

Here is the original post with costs from 2020, including the studies the information was sourced from and links to those studies (if they still exist – some companies may remove old data!)

How Much Does Life Cost?

After researching all of the different things that people need to survive, I’ve determined that life costs about $44,100/year. Keep in mind that this number is an average for the entire United States – some places will be cheaper, and some places will be more far more expensive. Prices will also vary based on household size. But people need the same basic necessities no matter where they live – food, shelter, utilities, entertainment, transportation, and insurance are all necessities for modern living, so how much do each of those things cost us?

How Much Does it Cost for the Average Person to Live?

How Much Does Housing Cost?

The biggest expense for most people is housing. According to CBS News, the national average rent in 2018 was $1405 per month. That means, on average, Americans are spending nearly $17000 per year for shelter alone. And that was last year – rents have continued to increase in 2019. We all know that averages can be skewed, so I also looked at the median. Unfortunately, the story when you look at the median is only slightly better. According to the annual rent report, the median monthly rent for a 2-bedroom apartment is $1255/month– only slightly below the average.

If you chose to buy a house, you would be paying slightly less. The average cost of a mortgage is $1022 per year. But, to get a mortgage, you need a pretty hefty sum saved up for a down payment, and you need to have good credit. Since home buying is out of reach for many Americans, I based my calculations on the average cost of rent.

How Much Do Utilities Cost?

If you aren’t lucky enough to score a housing situation with utilities included, those are going to be the next most important thing on your list. Electricity, gas, sewage, water, and trash pick up all have costs associated with them. Many renters will have at least some of these (usually sewer and trash) included in the rent, but homeowners are responsible for all of them.

The yearly price of utilities for the average American is $3900, which excludes the yearly cost of cable and internet. I didn’t include those because they aren’t essential living expenses. They are included in the total calculations for how much life costs below, though – because most people have them.

How Much Does Insurance Cost?

The final cost under the housing umbrella is insurance. If you own your home, it is a must. However, insurance to protect your personal belongings is also extremely important if you are a renter. Some landlords won’t even let you rent if you don’t have a policy!

On average, homeowner’s insurance costs about $1083 per year, and the average cost of renters insurance is significantly lower at $187 per year. I couldn’t find any hard data on what the average American actually pays to protect their belongings that weren’t split between these lines, so I will just average them myself for a total cost – which is probably widely inaccurate. But hey, this is just an estimated average, and I’ve got to use what I have.

How Much Does Food Cost?

You have to eat to stay alive, right? And food isn’t necessarily cheap. Sure, you can do extensive meal planning or live on rice and beans, but the average American doesn’t do that. According to the Department of Labor, Americans spent an average of $7923 on food in 2018. This figure includes both dining out and cooking at home.

What is the Cost of Living?

As you can see, the average cost for living expenses is $30086 per year. That’s just for basic survival!

We all know that those aren’t the only things we have to pay for. When figuring out how much life costs, we have to determine how much everything else costs too.

How Much Does the Rest of Life Cost?

The average American also has a car, internet, cable, and also likes to have fun every now and then. They also have to pay for miscellaneous items that pop up and maintenance for either their cars or homes (or selves) over the course of the year. So how much do these other things cost?

How Much Does Transportation Cost?

Transportation costs are becoming more and more of a necessity. Unless you live within walking distance of your job and a grocery store, you will probably be paying for transportation in one way or another.

For the sake of calculating how much life costs, I’m going to assume that the average American has a car. I know that a ton of people rely on public transportation, and those costs are generally lower, but again, I’m not doing a scientific study here. We are working with generalities and averages.

According to Lending Tree, the average American can expect to pay around $554 per month for a new car and $391 per month for a used car. I couldn’t find any data on the combined average, so I’m just going to average those two numbers and assume that the average price overall is the average of those two. That means that, on average, Americans are spending $472 per month on their auto loans, which is $5670 per year. That doesn’t even take into account the true cost of ownership!

The cost of gas varies so widely by state that it’s hard to get a good estimate for the average American. This map by Business Insider has a pretty good breakdown state by state, and it appears as though the average is close to $1000 per year, so we will use that number. Clearly, this isn’t the most scientific way to do things, but it does give you an idea of what the average American spends.

Everyone who has a car knows that problems will arise every year, even if you do get the oil changed regularly. Tires get flat, brake lights go out, and interiors get dirty. And it’s always going to need a major repair or tune-up at the most inconvenient time.

On average, these repairs and miscellaneous expenses cost car owners $408 per year.

The last major cost of life is entertainment. Most Americans spend at least a little bit of money doing something fun, whether it be cable, internet, or going out and doing things. I’m including this because I don’t think life is worthwhile if you aren’t enjoying it at least a little bit, and unfortunately, most ways to enjoy life cost money.

We are going to use the utility chart above to get the average costs of cable and internet. According to that, Americans spend $1200 per year on cable and $564 per year on internet. I ditched my cable a long time ago and haven’t looked back, but the average American still has it, so we will add those up to get the total yearly cost.

What’s the point of living if you aren’t going to have some fun, right? The average American spends about $3203 per year on having fun. This includes things like going to the movies, going to bars and clubs, and even paying to get into theme parks, state parks, and things like that.

So yeah, life costs almost $45000 per year, which doesn’t even include taxes, health insurance, life insurance, or child care. It also doesn’t give a lot of wiggle room for actually enjoying life – three thousand dollars seems like a lot, but that’s only sixty dollars a week. That means you might be able to go out to a movie once a week, or save up and go to a theme park once a month, or vacation twice a year. Not very exciting, is it?

Also, because this is a breakdown of what things cost, it doesn’t include any savings! We all know that financial emergencies happen and that we should have an emergency fund ready to handle these. We also know that we should be saving and investing to achieve our financial goals. Life gets even more expensive after you include all the “extras” that aren’t the bare bones of living.

This is why I love the idea of Passion Fire. If life is going to be expensive regardless of what I do, I may as well enjoy it, right?