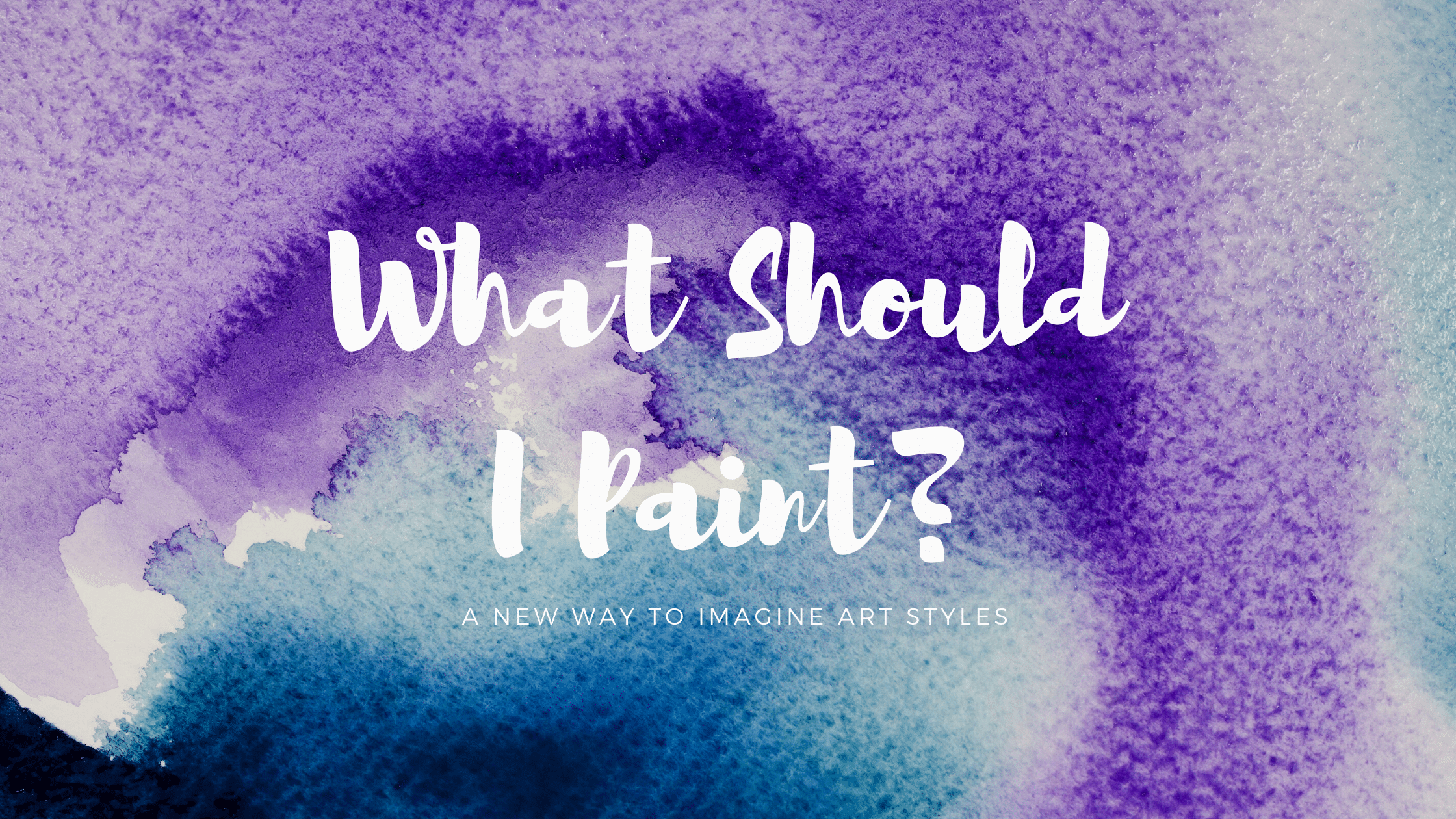 What Should I Paint?

What should I paint? A poem.

A duck. A penguin in flight. Other birds.

together in weird discordant harmony.

Anyone you can trick into sitting still

Dammit, maybe I shouldn’t have given away all those great ideas off the top. Scroll down for more great ideas on what you should paint! No guarantees.

Those are simple answers to the question, and for that reason, they’re all temporary. I mean, sure, you could start painting goldfish and go to the grave painting goldfish, leaving an incredible legacy of goldfish. Hell, maybe you’ll paint goldfish so gracefully that even when you’re dead, the word goldfish will remind people of your work. That’s actually a really nice thought. But if you’re thinking the way I’m thinking, none of those “subjects” really seem to satisfy.

What if you had a more permanent solution?

Behold! The “What Should I Paint Generator!”

No I’m kidding, really. That’s like #8 on finish-my-sentence-Google, though, so if you’re in a pinch, a little RNG never hurt anybody right? #protips

“Permanent solution you say? Tell me more,” said no one ever.

Well, since you asked nicely. What do you want to know? What should you paint?  Well, that’s a loaded question. First, you need to finish it.

What should I paint to make money?

What should I paint to learn how to get better?

What should I paint that’s easy for an artist at my level?

First, believe in yourself. Or maybe you paint whales, but you need a present for your lumberjack Uncle, who’s never even seen the ocean and is probably scared of whales.

I feel your pain.

What to get the man who has everything, including a healthy fear of ocean-bound creatures known especially for kidnapping people any time an omnipotent celestial being says to.  I’ll let that one sink in.

Back on topic: Why is space black?

No, we’re not there yet.

Seriously though, the sun is right over there, eight minutes away, at the speed of light, yet space is black. I mean, it’s not until light hits something that you can see it, isn’t that weird? It’s almost as if, by simply standing in its path, physical objects fracture or splinter light into its components.

One of those components is of course my favorite, the visible light spectrum. Do I need to put a diagram here, or have we all taken at least one physical science class? If you need proof that physical objects are capable of bending light, put a straw in a glass of water and observe. So cool.

For those of you who slept through science class: The Space Light is vomiting light bullets that don’t slow down enough to see, unless they bounce off of something first. Great analogy right? Did you just have a eureka moment? I know I did.

I had been painting still lifes every day for the STRADA challenge, so every day was this game of hunting down the perfect knick-knacks. My S.O. has been a notorious world traveler and collector of knick-knacks, it just so happens, and I found myself painting a lot of glass and glossy ceramics. Now if you’re doing what you’re supposed to be doing, you’re not trying to paint a glass bottle, for example, you’re simply observing the shapes, their values and color temperatures, and painting exactly what you see. The more successful you are in your execution, the easier it will be for someone to look through your eyes; Or if you’re using a photo, the easier it will be for someone to look through the camera’s eye.

(I mentioned in a previous post that you should know the limitations of using a camera’s image as a painting reference; it is in fact a powerful tool that has been known since Aristotle lived. But it is not the best tool you have on hand. Read through my post, “Art as a Side Hustle,” to see what I’m referring to.)

The more successful you are in your execution, the easier it will be for someone to look at your painting and be fooled(to a varying degree) into seeing a glass bottle as well.

The eureka moment, yes. Spectral highlights. If you’ve ever tried painting a portrait, you know the eyes just never look right without them. Photographers do some delightful things with spectral highlights, but the phenomenon is not disconnected from how light behaves on other surfaces that aren’t so glassy as the surface of the eye. My eureka moment came while looking at the spectral highlights in a glass bottle, and finally studying them instead of simply dipping my brush in titanium white and daubing it on at the end. What I found was not simply bright sparklies, but the reflection of the window near my still life. Once I’d found the window, I found my own reflection and realized that a lot of the chaotic swirlies that change as I shifted viewpoints were caused by my own figure’s movement. Once I started painting the reflection of the window, instead of dashing in white paint, the vase just seemed to come alive.

Imagine this: whether you’re looking at a glass vase or a barnyard, your point of view is a reflection of what you’re seeing. Is that too circular to be logic? Ok, let’s see.

An Example From Fiction

I once read a fantasy book where magical teleportation was a thing. In that world, if you wanted to teleport you had to know exactly where you stood. Not so much where you’re going, but where you are, in order to teleport to your living room, for example, instead of into the drywall between there and the kitchen. It kind of helps you gain perspective on the object you’re observing if you find your own reflection. It helps you measure how far away that object is, as well as the physical dimensions of that object in relation to the space it occupies. You can also measure the negative space, the space the vase does not occupy, which is often more useful to the painter in capturing where a subject sits within its setting. You can do this with the naked eye, you find out, after years of study. But I think the eye is equipped from the start with these powers of observation, it’s simply the conscious mind that doesn’t know it can trust what it’s observing.

“A picture should be laid-in as if one were looking at a subject on a grey day, with no sunlight or clear-cut shadows. Fundamentally, lights and shadows do not exist. Every object presents a color-mass, having reflections on all sides. Suppose a ray of sunshine would suddenly light up the objects in this open-air scene under grey light, you will then have what are called lights and shadows but they will be pure accidents. This, strange as it may appear, is a profound truth and contains the whole meaning of color in painting.”

That quote comes from the journals of Eugene Delacroix (though I first heard it from Vincent Desiderio), and to me, it answers all of those What Should I Paint questions. Delacroix is telling us that light is beautiful and dramatic as hell, and if you paint with this in mind, you’ll at least be going in the right direction. It doesn’t really matter what physical object you choose, everyone’s got their preference. But if you keep in mind that what you’re painting isn’t a glass bottle, but the strangely organic behavior of light, then there isn’t much that light can’t hit, turning any object’s grey day into a profound truth … you know what I mean?

Do I even know what I mean? Is this the end of the blogpost? If I just keep typing, will it go on forever? Probably this part will get cut, and I’ll fill this space with sweet, sweet money-making clickbait, yummmmm.

Go read this article, it contains answers to questions you might not even know to ask yet, depending on where you are in your artistic journey: Read This Next