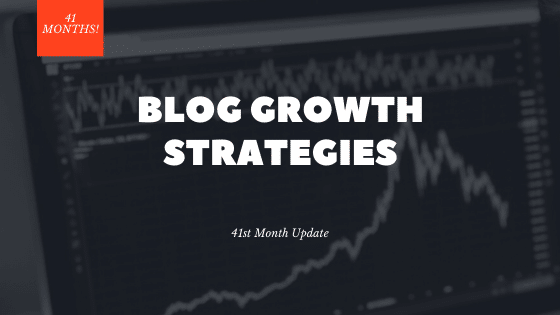 Our 41st month was just as good, if not better than our 40th month, which is amazing considering that we’re moving into nicer weather and people are ditching their computers for the outside world. However, we are striving to make Partners in Fire a website that people use throughout the four seasons, and I think that shows with our consistent page views.

Our readership was pretty solid this month. We had a handful of days with under 200 users, which tended to be weekend days when there was nice weather. I think people are really excited about being able to finally get out, and I don’t blame them!

Unfortunately, that means not as many people are searching about Twitch and money, but we’ve known that was coming and are trying to adapt.

About 57% of our traffic this period is from organic search, but it’s down slightly from last month. I think some of that has to do with the nice weather, and our adaptations aren’t going to see instant results. However, this is the main reason why we want to diversify traffic. Finance and gaming content doesn’t do well when it’s nice out, but perhaps travel and wellness content will. It’s going to be interesting finding out!

Our top organic traffic driver remains “How to be a Twitch Affiliate,” with a little under 30% of the traffic.  About 1200 users found us while trying to become a Twitch Affiliate. Hopefully, they join the discord and get the help they need!

The next two pages are “how to get 500 Twitter Followers” and “Alternatives to Twitch,” while “Calculating Coast Fire” and “FU Money” rounded out the top 5. All of the posts in the top 5 had over 200 users this period.

It’s fun that my top 5 are in a variety of niches. I have finance posts, Twitch posts, and social media posts, all ranking well in Google. Is this proof that Google doesn’t actually care about niches?

Our second biggest traffic driver this period was referral traffic. We got a ton of traffic from MSN this period, and our post on Hustle Culture got featured on All-Star Money, which brought in a good amount of traffic.

The funny thing is, I wrote that post specifically for All-Star Money. I’ve been watching, researching, paying attention to what kind of content they feature, and I thought a piece on the dangers of hustle culture would be a great fit. I’m actually really proud that I was right about that. I didn’t ask them for the feature or anything! This is probably the biggest blogging win I’ve ever had in my life!

We had a lot of page views coming via direct hit this month. Many of these are from our lovely email subscribers (you guys are gems!), but I also realized that many are coming because people find an article another way and click around on the blog. That part is exciting!

We had about 1200 users vi direct hit this month, which is on par with last month.

Pinterest didn’t perform very well for us this period but was still our top social referrer. We had a little over 150 users finding us from the platform and hardly did anything on it.

I’ve made a ton of lovely pins for many different blog posts, but I haven’t posted them. They say you have to pin at least three times a day for Pinterest to really pick you up, and unfortunately, I don’t have the time to do that. I will keep making pins and doing some pinning on the weekends. Hopefully, one of them will magically go viral.

We had about 100 users coming to us from Twitter this period, which is pretty typical. I don’t try very hard to get pageviews from Twitter, but I do share a post whenever I write it, and I also have the revive old posts plugin that automatically shares older content via the platform. It’s nice to see something I published a few years ago pop up on my Twitter timeline!

Although my big goal is still to gain 10K followers on the platform, I haven’t been as active there as I need to achieve that. Can I do it in seven months? I would need 4400 more followers – that seems awfully difficult! But we shall see!

We had nearly 100 users coming from Facebook this period as well. Most of this was the lingering effects from last month’s “Female Twitch Streamers,” but the revive old posts plugin works for Facebook as well, and some of the users found other posts.

Other than posting my newest blog post each week, I do nothing with my Facebook page. It’s there, and perhaps someday I will try to build it up, but it’s not a priority right now.

We wrote a ton of fantastic content this month, like always! We got a little more heavily into art, with two art posts instead of the traditional one. I wanted to write my own post about my favorite art style, abstract, and published my art writer’s post designed to help people figure out what they should paint. Be on the lookout for our art section to expand into other types of art to include creative writing, crafting, and maybe even visual arts over the coming months!

Next, we continued with our series on Discord, writing a comprehensive guide on Discord emotes. There are only a few more Discord posts planned, so we started our next series, which is all about journaling. We already had the post on the Best Journals, and because we discuss wellness so often here on Partners in Fire, we thought covering a huge wellness topic like journaling would be a good fit. Be on the lookout for a ton of content surrounding that topic in the coming months! 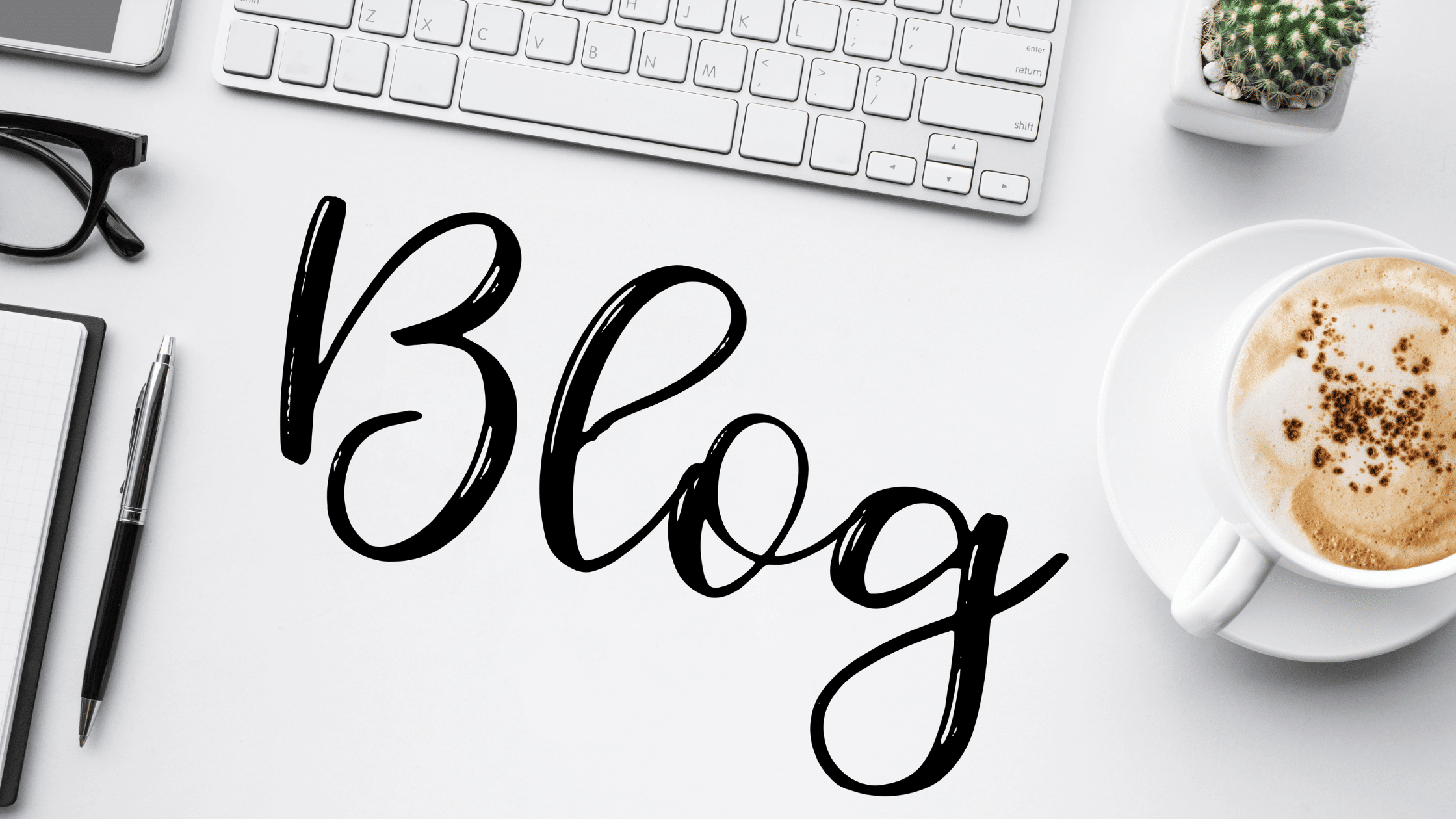 Of course, we stuck to our finance roots with a post on why you should build a nest egg and a post decrying the toxicity of hustle culture. It wouldn’t be us if we didn’t find political nuance in the financial world, am I right?

We rounded out the month with an epic travel post on the Best Things to do in California. That post was designed to help us maintain traffic while people are focused and travel, and writing it made me incredibly nostalgic about living in the state. I want to go back to California and experience all the things on that list again!

Improving readership is a constant struggle. I know SEO is a long-haul game, but it’s frustrating not to see any results. It’s been about six months since we really started taking SEO seriously, and most experts will say it takes six to eighteen months for a new post to get picked up by Google. We are on the very early end of that and already seeing some results. It’s wonderful to see the early results, but still difficult knowing how long the full process can take.

However, it’s not just about writing for SEO. It’s also about link building, which is a lot harder to do. I’ve been working extremely hard to try to build links this past month. This included things like outreach, posting on forums, asking folks for links (I’m not above begging!), and trying to get my content syndicated on other websites. I even purchased a press release for one of my most important posts at the end of the month, so we will see if that helps.

One of the best things I ever did to help improve my SEO game was to join the Money Mix Insider’s SEO Hustle program. Not only do they offer a mastermind group dedicated to helping with every part of the blogging journey, but they also offer some really great SEO tools to help you with on-page SEO and help you get your content syndicated on other websites. It’s been such a great experience and has helped me immensely. I like it so much that I even do the onboarding calls for the group!

We’re still not making enough money with the blog to cover our expenses, and we’re spending like crazy! The press release I mentioned above was $150, the mastermind group is $180 (seems expensive, but it also includes access to MOZ – which is a hundred bucks by itself!), and my convert kit plan is $30. I also signed up for Blog Engage this period to help get my content syndicated, which is another $30 (not sure how effective it’s been, but I’ll give it another month) and paid a VA to help with outreach and link building for $65. That’s nearly $500 invested into the blog this month.

I didn’t make even close to that back. Affiliate sales were meager this month, and I only netted a dollar. We did a little better with ads this month, netting about $85. I’m hoping that the investments we’re making this year will pay off big in the long run.

We decided to branch out with monetization this month. Instead of focusing on just ads and affiliates, we decided to launch a digital product store on Etsy. Currently, we have a few journaling prompts for sale in the store, and we also have a ton of products in development. The goal is to use the blog to drive traffic to the Etsy store to make sales. We will keep you posted on the results in the coming months, but I’m confident that it will be positive, especially as more products become available.

Partners in Fire is on the cusp of greatness. I can feel it, can’t you? We look forward to continued growth, and with all the work we are putting into SEO, I’m hoping we can get to 30K pageviews by July! It’s a lofty goal, but I think we can do it. Don’t you?