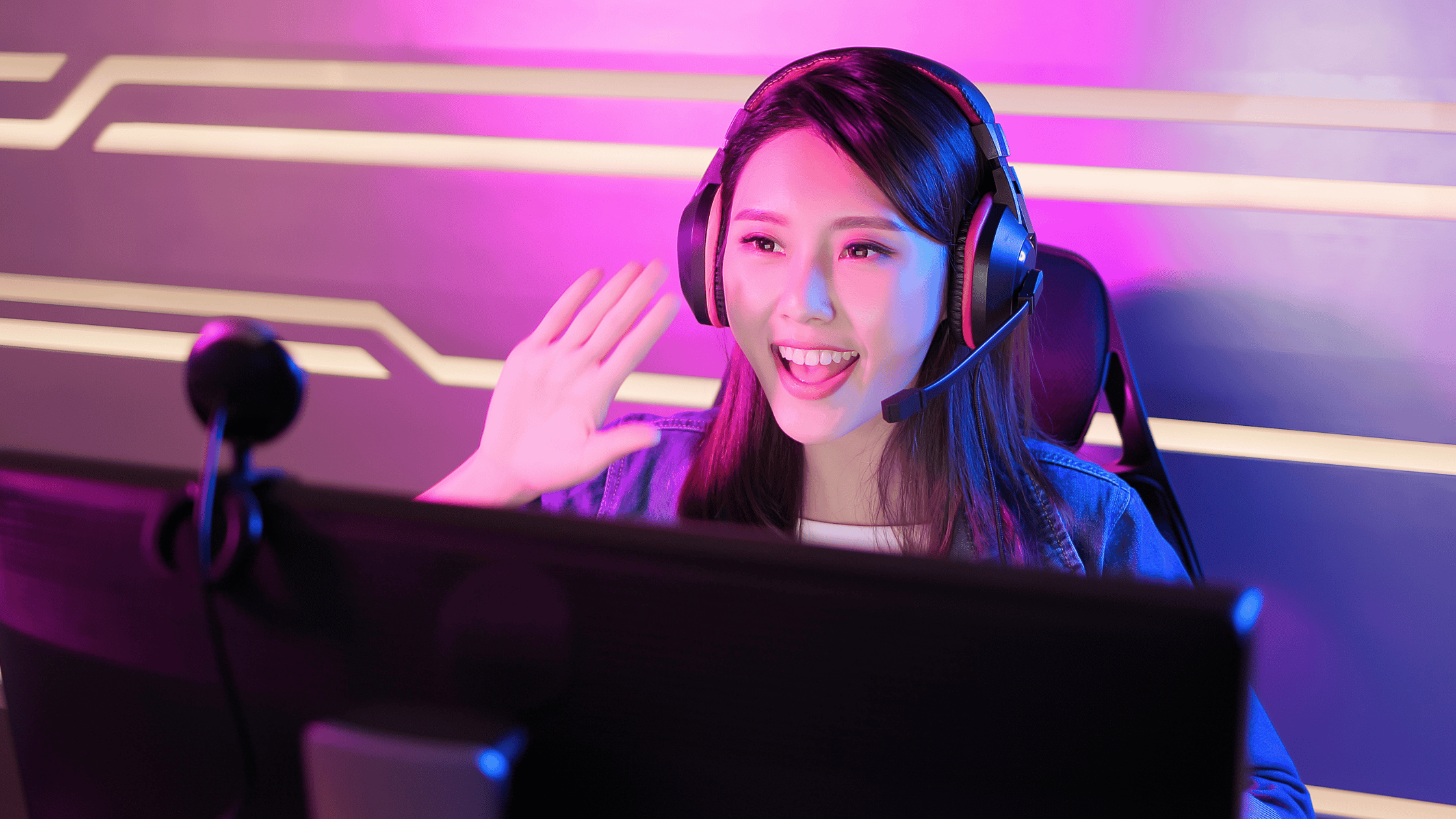 Move over, fellows. Gaming is no longer a man’s world. New research reveals that women play video games at nearly the same rate as men, though their participation often goes unnoticed.

The study, led by Jonathan Shroyer, Chief Innovation Officer of Arise Virtual Solutions, discovered that 77% of women regularly play video games, while 25% play for between six and ten hours per week.

The shocking statistics may come as a surprise to male gamers.  If most women are gaming, why aren’t they more visible in online worlds?

A 2022 survey by Fandom Spot explains the uncomfortable truth:  76% of female gamers hide their gender to avoid sexual harassment or discrimination while gaming.

The Truth About Who Games

Over 80% of people surveyed admit to playing video games. Although women were slightly more likely to report they don’t play any games, the majority of both genders enjoy gaming. 54% of women and 57% of men said they play video games for up to ten hours each week. Men are more likely to spend long hours gaming, with 31.4% playing over 10 hours per week compared to 23.8% of women.

Shroyer believes the study shows that video games are becoming more popular and a part of people’s daily lives. He explains, “The gaming industry is growing, and gaming companies need to get more people playing their games and staying online to get ahead of competition. Player Support and the Customer Experience are essential aspects in this growing industry and need to be taken seriously by companies wishing to be successful in the long-term.”

One essential aspect of customer experience is ensuring that online gaming platforms are safe for players of all genders. Currently, this is not the case. When women don’t hide their gender, they experience gender-specific discrimination.

The Fandom Spot study found that 77% of women experienced some form of harassment or discrimination while gaming. Over 70% heard negative comments about their skills, 65% experienced gatekeeping, and 50% were subject to patronizing remarks. Nearly half of all women surveyed received unsolicited relationship advances.

Twitch streamer Joie has first-hand experience with misogyny in gaming. She stopped playing random matches on most shooting games because as soon as her male team members heard her voice, they’d vote to kick her out. Her biggest frustration comes from men attempting to teach her a game she’s been playing and streaming for years. Male counterparts constantly ask her about her loads, tell her she’s wrong, and explain step-by-step why they think she should change what she’s doing. Joie said she used to listen, believing they were trying to help, but found that their advice often hindered her performance.

Briikachu is a Twitch streamer specializing in League of Legends, the popular multiplayer online battle area (MOBA) game. She’s experienced misogyny on League’s gaming platform, while streaming on Twitch, and even on TikTok. Men constantly bombarded her with comments about getting back into the kitchen. They also send unfounded messages that her character is only good because her boyfriend, who is in the same league, plays for her. The endless remarks forced Briikachu to limit her gameplay. She only plays when her boyfriend is streaming, so she has irrefutable proof that she’s the one playing the character.

Ensuring Gaming is Safe for Everyone

Individual players do what they can to avoid misogyny while gaming. Joie avoids gaming with certain people or those she doesn’t know. She sticks to the safe streaming communities she’s found. Briikachu tries to rise above it. She thanks the trolls for increasing her engagement and finds comfort in knowing her own truth.

Men can do a lot to help women feel safer while gaming. They can listen to women and trust their experiences, amplify women’s voices, and speak out when other men display inappropriate behavior.

Gaming companies have an obligation to make their platforms safe for all users. Shroyer believes gaming developers and publishers have a lot of power to affect change in the gaming industry and limit unacceptable behavior.

He believes industry leaders need to drive accountability by setting the example of appropriate behavior and showcasing that inappropriate behavior will not be tolerated through account suspensions or terminations. Gaming platforms need to create an environment where women feel safe to voice their negative experiences and assured that companies will take action to resolve all issues. Shroyer also believes that increasing diversity at the top levels of the industry will help promote change. As Shroyer proclaims, “Women need a seat at the table.”

Shroyer acknowledges that the problem goes far beyond the gaming industry. Preventing misogyny in gaming requires a cultural shift in gender norms and overall attitudes about men and women. He sees gender expectations in the products marketed to young children, noting that he rarely finds video games or superheroes classified for girls when taking his niece shopping. Shroyer believes that as a society, we need to release the boundaries we place on children to help them see choice and opportunity rather than attempting to influence them to behave or act a certain way.

Cultural shifts take time. While waiting, women will continue to enjoy gaming while hiding their gender to stay safe online.