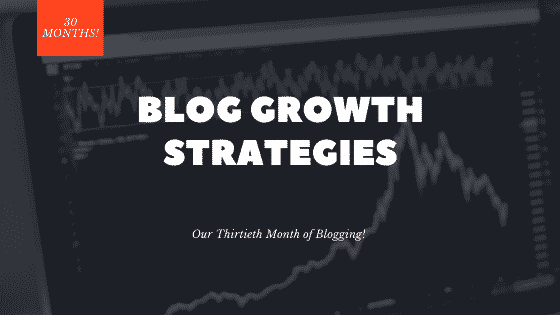 We’ve been blogging for 30 months. What is that, 2.5 years? It might be in the middle of the year, but it’s also a nice round number like that feels like a huge milestone. We continue to learn and grow as a blog, and it shows in the small but steady growth we’ve experienced over the years. Let’s take a look at how we did during our 30th month.

I am incredibly happy to report that our 29th month was not a fluke as far as growth goes.  Our 30th month was just as good – if not better than the previous month.

I have to admit, I was super concerned after the big Google update at the beginning of May. I actually did see a slight decrease in traffic in the first day after the update, and was worried. But, it picked back up the next day, and things were good from there! We had 3300 users this month, and close to 4000 sessions. We’re still growing!

I think our readership was fairly consistent during our 30th month in comparison to the 29th. Yes, we had more users overall this month, but our growth didn’t really take off until the second week of April, so of course May is going to see more users. Week to week during the period of higher readership, we saw a consistent number of users (about 830 per week). 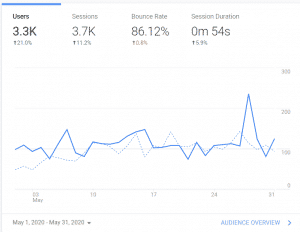 As you can see, we only had 6 days this month with less than 100 users. Remember when we were struggling to get 50 a day? That wasn’t too long ago! I always worry when I see those little drops – Google giveth and Google taketh away, right? But I’ve also noticed that those are mostly on Saturdays, so maybe people are too busy doing stuff to be searching Google.

Organic search was our top driver of traffic yet again this period, with over 1800 users finding us through Google. Hopefully we can reach 2000 for next month! This is consistent traffic as well, with an average of 80 users coming to us per day.

Our top page from organic search remains “How to be Twitch Affiliate in 30 Days”, and I decided to own it this month. I wrote a few more posts that would lend themselves to internal links, and I shared it more on social media, hoping for back links. I have another little trick up my sleeve for this month, which I’ll write about during next month’s update.

This is weird, but I do kind of feel bad about it though. I initially wrote the post when I had a boyfriend who I helped achieve affiliate status, but we broke up. Now I use my own account, which I don’t use nearly enough to become an affiliate. I only have like 20 followers there. I did make it a point to edit that in the post and clarify, but the anxiety about it drives me crazy. It makes me want to jump on Twitch all the time and get that affiliate status just so I can feel better about that blog post, but I don’t really have time for Twitch right now. Oh well.

Other Posts that I Updated for SEO

I’m still not bringing in the amount of views with these posts as I am with the Twitch Affiliate post, but that’s okay. A little bit of growth is always a good sign! I have a few more posts in the que to update this month as well, and hopefully that will give me even more organic traffic.

Our second biggest traffic driver during our 30th month was social media, though we didn’t do quite as well as we did last month. We had 542 users from social media this month, which was about 100 less than last month. Good thing organic traffic is still growing, right?

Pinterest is where we saw the largest drop off. We went back down to 242! That’s a horrible decline! I was even doing the same types of manual pinning that I was the month before.

But, I started noticed towards the end of the month that I wasn’t really getting any users from social media. That seemed super weird. I’d usually get a few, right? Even looking at my analytics graph from Pinterest seems super weird. I was doing great until May 17 – and then it bombed. There was nothing!

So I logged into Pinterest, and realized that I could no longer click one of my images and get to Partners in Fire. I also couldn’t click any other images and get to any other websites on desktop. It’s been working just fine on mobile though. So, I’m wondering if some of the loss in viewership from Pinterest is due to a glitch in the system somewhere. I sent them a help desk ticket, so maybe something will come from that. Or maybe nobody wanted to click any of my 200+ pins the last two weeks of May – but that does seem a little suspect, doesn’t it?

Either way, this is a big lesson in not putting your eggs in one basket. If I relied on Pinterest as my primary source of traffic, I’d be dead in the water.

We freaking killed it on Twitter this month. Over 230 users visited us from the platform this month, 100 more than last month!

The big reason for this increase was the awesome viral quiz we published – “What Type of Fire is Right for You”. Lots of people were interested and took the quiz, and I got a ton of positive feedback. It was a fun and engaging way to get people to think about the reasons why they are pursuing financial independence. If you haven’t yet taken it – check it out! I’m sure you will love it!

I’m also still using the lessons learned in the awesome guide “Make it Stick” on Gumroad.  This mini-book has definitely helped me write engaging and evocative tweets. I’ve been getting more followers and more engagement on all of my posts since reading that – I think it’s really helped drive my Twitter growth.

We stayed consistent with the number of users visiting us from Facebook this month – we had 53! I said I was going to do better with that, and I did for the first few weeks, but then I had a visitor and was focused on a remodel so I had nearly two weeks where I didn’t do a single thing. But I’m glad my viewership didn’t suffer for it!

It is incredibly difficult to keep up with all the social media accounts, the blogging schedule, a real job, SEO, and real-life stuff all the time. It’s normal that things will fall to the wayside, and this month Facebook and Instagram really suffered. But that’s ok, my time is my own again, and hopefully with my visitors gone, I’ll be able to focus on some of that.

We saw a huge increase in users coming to Partners in Fire via direct hit this month. Over 700 users visited us directly this month – a huge increase! A big portion of that is our subscribers coming in and checking out our new content (I love you guys!) but I think part of it is also referral links from other websites.

Partners in Fire was featured on a ton of different blogs this month, and I’m pretty sure some of the traffic from those features was recorded as a direct hit rather than a referral – mostly because some of my posts that were featured also happen to be the posts with the most page views via direct hit. But I also got some hits on those ones via the referral link too, so I’m not really sure how any of that works.

But the key take away is that I’m still writing awesome content that the people want, so I’ll take that as a win!

Speaking of content – we published some freaking amazing and apt content in May. As the quarantine continues to dredge on, I wanted to write stuff that was a little more lighthearted but still in-line with that situation, so I decided to write two awesome posts on my favorite game of the moment – Animal Crossing.

That doesn’t mean I shied away from discussing the situation around the pandemic though. I published a post discussing the value of human life as it relates to our covid-19 response, and notes on how I think we as a society can do better. 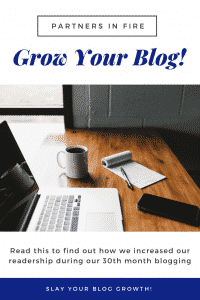 I also continued writing about real world socio-economic issues with the just-world fallacy and the scarcity mindset. Both of these are psychological concepts that have big picture impacts on real people in the world of finance. It’s incredibly important for us to acknowledge that internal biases like these exist- it can help us recognize them in ourselves and do better moving forward.

My favorite piece of content this week was the one that made my views from Twitter soar – my epic quiz on financial independence. “What Type of Fire Are You” was super fun to write, and clearly the people loved it. We received positive feedback from users, and comments telling us that the questions got people thinking about their reasons for pursuing FI. That’s exactly what I wanted! The post also garnered a ton of attention for the financial independence term that I coined myself: Passion Fire. I really hope that takes off and becomes a thing.

Although we were able to maintain our consistently better readership this month, we still have a long way to go. My goal is to get that coveted 25000 monthly sessions that’s needed for Mediavine – I feel like getting to that would really mean that I’ve “arrived” as a blogger.

I had a ton of ideas last month for improving my readership, but unfortunately a lot of those fell to the wayside with my sister visiting for over a week. Those are things I’m going to continue to focus on for my 31st month, and hopefully I’ll see an increase in traffic.

The biggest thing to focus on to increase my readership is SEO. That definitely seems to be paying off, and the more I dive into it, the more I learn and the better I get at it. The hardest part about that is getting those back-links. Although I’ve written a few HARO pitches, none of them have come to fruition, and most of the request I see aren’t really applicable for me. The best thing I, or anyone really, can do to get back links is to continue pumping out awesome content that other sites want to link to. I also have that little trick I mentioned previously – if it works you will learn all about it next month!

I’m also going to continue working on my social media presence. I was doing so good on Instagram and Facebook, but that fell apart over the last two weeks. The goal is to at least get back to where I was before! I already have most of the content available, so it’s too easy to just turn it out. I’ll definitely be doing that this month.

If you’ve been following along with me on this journey for these 30 months, maybe you have some insight. What ideas do you have for increasing readership? I’d love to hear about it in the comments!